Ministry of Defence said:
Around 400 soldiers from the Lancashire-based infantry unit spent more than a week on Salisbury Plain, Wiltshire, manning a replica of a forward operating base in Nad ‘Ali, Helmand province.
Soldiers spent 10 days testing the vehicles, equipment and techniques they will use during a 6-month tour, which will see them supporting the Afghan National Security Forces. 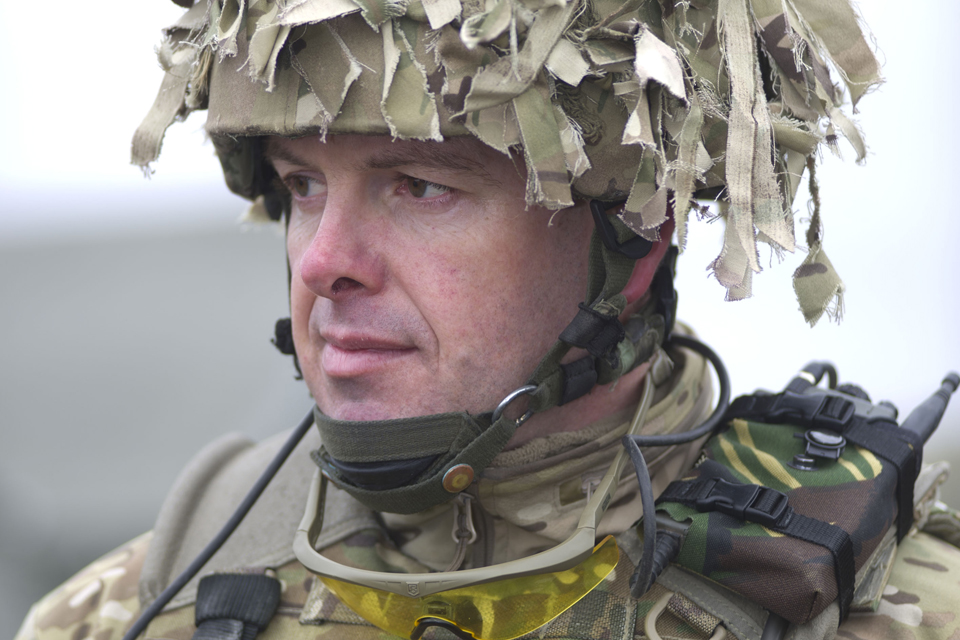 Lieutenant Colonel Neil Unsworth watches his soldiers exercise on Salisbury Plain [Picture: Richard Watt, Crown copyright]Among the equipment being put through its paces were the Mastiff and Husky ground vehicles and the Black Hornet Nano Unmanned Air Vehicle - a flying video and stills camera the size of a child’s toy. Soldiers can use it to peer around corners or over walls to identify hidden dangers.
Lieutenant Colonel Neil Unsworth, the commanding officer of 2 LANCS, said:

This was training for what we would call ‘the worst day in Helmand’. So we had all the really testing things happening including simulated casualties and contacts with the enemy - it was a lot busier than we expect it to be in reality.
​
Kingsman Raphael Harrison said:

We have trained for every scenario and so I am feeling all right about going out to Afghanistan. The training has made us more confident. There is an element of nervousness but we are ready for it.
​
For Kingsman Ben Scott-Thrale this will be his second tour of Afghanistan. He said:

I am quite nervous obviously, but it has calmed down quite a bit since I was last there. With all this training building me up, I am ready to get out there.
​ 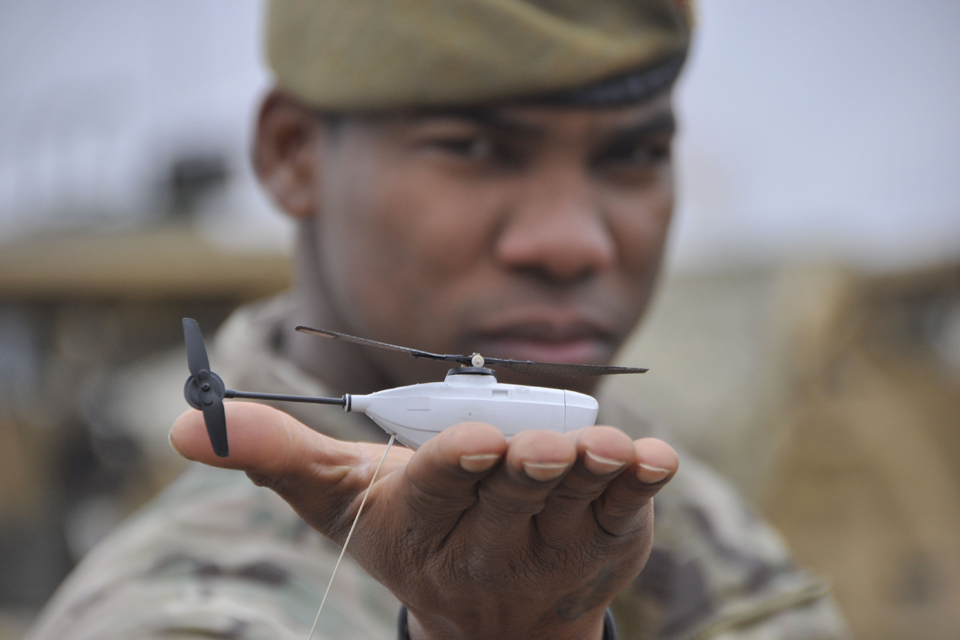 Lance Corporal Lee Busaano holding a Black Hornet Nano Unmanned Air Vehicle [Picture: Richard Watt, Crown copyright]The soldiers of 2 LANCS will deploy to Afghanistan from late March 2013. Its Territorial Army sister battalion, 4th Battalion The Duke of Lancaster’s Regiment, will provide around 16 reservists for the operation.
The Duke of Lancaster’s Regiment recruits from across the north-west of England, and soldiers from its 1st Battalion (1 LANCS) are currently in Afghanistan. After its mission is completed in the spring, 1 LANCS will return to its base in Catterick, North Yorkshire.