The Prime Minister and President Hollande met on 3 March for the 2016 UK-France Summit at Amiens in France. The Summit is the first since last year’s terror attacks in Paris and the 2 leaders discussed the fight against terrorism through intensified police and security co-operation.

The Foreign, Home and Defence Secretaries also attended, meeting their French counterparts to discuss with topics including counter-terrorism, the migration crisis, Syria and Libya.


France is one of our most important partners and this summit was an opportunity to further strengthen the co-operation between our 2 countries. Membership of the European Union also gives both countries greater security and greater capacity to project power.


During the summit, ministers made the following announcements:


Read the summit documents on issues including counter-terrorism, migration, defence and nuclear energy. 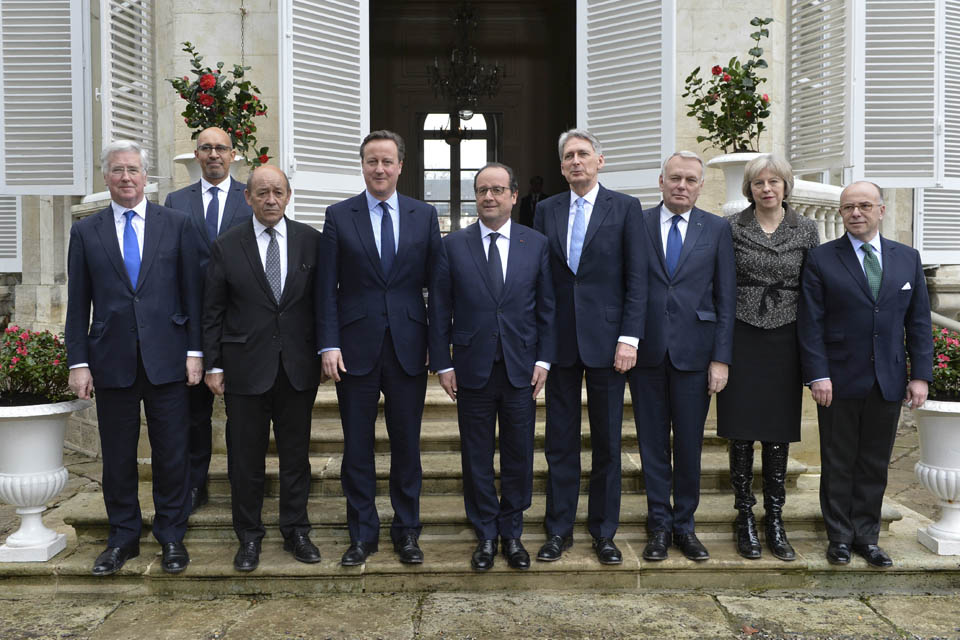 The Prime Minister, President Hollande and their ministers at the UK-France Summit 2016.

Press release: Joint statement by the governments of France and the UK

News story: UK to step up French operations in Africa as PM and President Macron meet for...