UK personnel from the British Army, Royal Navy and Royal Air Force will return as victors from Trident Juncture, the largest NATO exercise since the cold war, having successfully defeated an acting enemy force of Norwegian, German and Swedish forces.

The UK-led multinational brigade made up of mechanised infantry from the Royal Irish Regiment and Royal Lancashire Regiment, Danish tank units and Polish armoured vehicles completed the week-long final exercise in freezing conditions in Norway. The multinational brigade successfully completed a river crossing on the final day of the live exercise, demonstrating the ability of NATO allies to live, work, and operate effectively together. 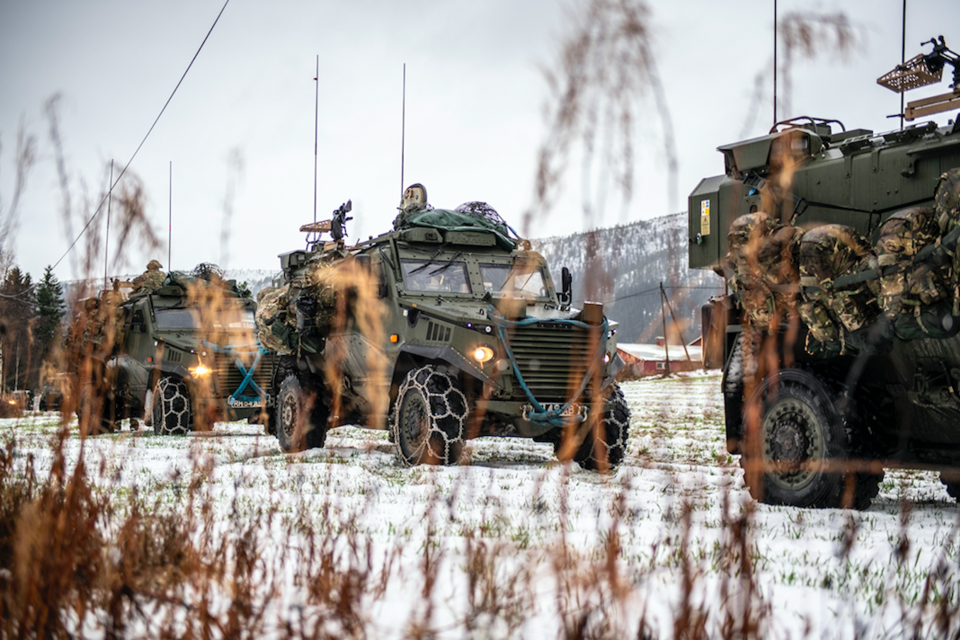 Foxhounds from the 1st Battalion Royal Irish prepare to leave in the snowy conditions. Crown copyright.

The brigade conducted defensive operations in a harsh and austere environment in order to disrupt a peer opposition force’s advance, before going on the offensive to regain control of lost land. The live exercise phase enabled troops to learn lessons about how to operate when faced with a highly capable and well-equipped enemy.

With Royal Navy ships and RAF aircraft also contributing to the large-scale exercise from the skies and the seas, the exercise demonstrated both the UK’s leading role in the alliance and the ability of its armed forces to deploy at scale and integrate with other nations at speed. 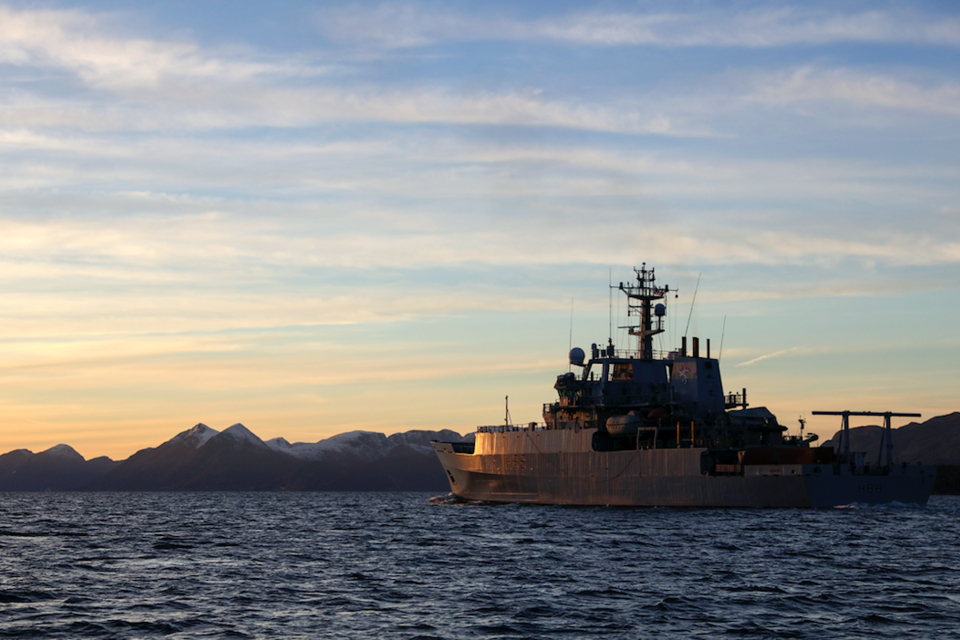 HMS Enterprise in the Norwegian Fjords taking part in NATO’s Exercise Trident Juncture 2018, the largest exercise of its size for decades. Crown copyright.

With around 50,000 participants from 31 nations, 250 aircraft, 65 ships and around 10,000 used during NATO Trident Juncture 2018, the alliance successfully demonstrated its ability to mount a collective defence response in an Article 5 scenario – when an attack on one is an attack on all.