Whether training in Kurdistan, supporting Iraqi ground forces from the air or preparing the Syrian moderate opposition to lead the fight in Syria – the UK continues to play a leading role in international coalition efforts to tackle the threat posed by the ISIL terrorist organisation.

On Wednesday 10 June, an RAF Reaper remotely piloted aircraft patrolling near Iraq’s border with Syria destroyed an ISIL vehicle. On Thursday 11 June, two Tornado GR4s provided close air support to advancing peshmerga near Sinjar who had come under fire from an ISIL sniper team located in an isolated building; this was demolished by a direct hit from a Paveway. The GR4s then flew south to assist the Iraqi army near Ar Rutbah, where they used a Brimstone missile to destroy a terrorist armoured personnel carrier.

Military instructors continue to work with coalition partners in delivering training to the Iraqi and Kurdish forces; British trainers have played a prominent role to date in assisting the Kurdish peshmerga in northern Iraq, and the UK is taking the lead in designing a country-wide programme for the coalition to provide training and equipment to help reduce the threat from the improvised explosive devices (IED) which are increasingly favoured by the terrorists as they are forced onto the defensive. The training also now includes a Protection of Civilians element to counter the sexual violence used by ISIL as a weapon. 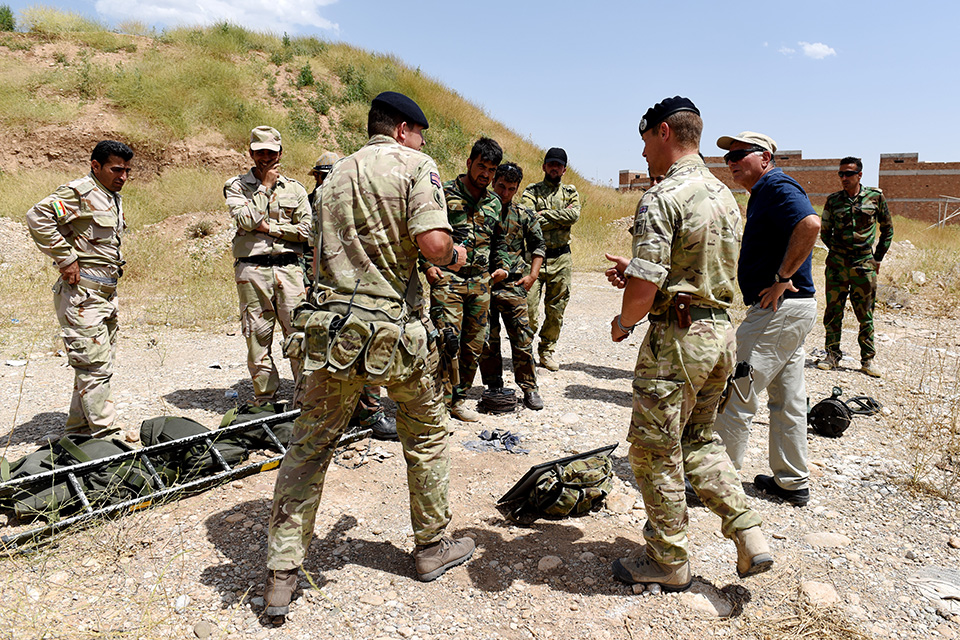 The Kurdish peshmerga have liberated significant swathes of territory in northern Iraq from ISIL control, including key towns such as Rabiyah and Zumar, and rescued the Yazidi refugees who were besieged on Mount Sinjar. A recent offensive, which RAF and other coalition aircraft supported, succeeded in driving back the terrorists to the west of Kirkuk. In this area are a number of villages from which ISIL have driven out the civilian population and the deserted villages have then been transformed into large fortified strongholds and terrorist training camps. Several of these have already been targeted by coalition aircraft and overrun by the peshmerga. A large coordinated operation on Friday 12 June focused on a location behind the current front line, west of Kirkuk and north of Bayji. Extensive reconnaissance allowed a large number of terrorist targets to be identified inside the perimeter of the complex. Careful planning allowed a number of coalition aircraft, including RAF Tornado GR4s which dropped ten Paveway IV precision guided bombs, to conduct a coordinated air strike on these key targets and disrupt ISIL efforts to recover from the successful peshmerga offensives to the north, and Iraqi army operations around Bayji and Tikrit to the south. 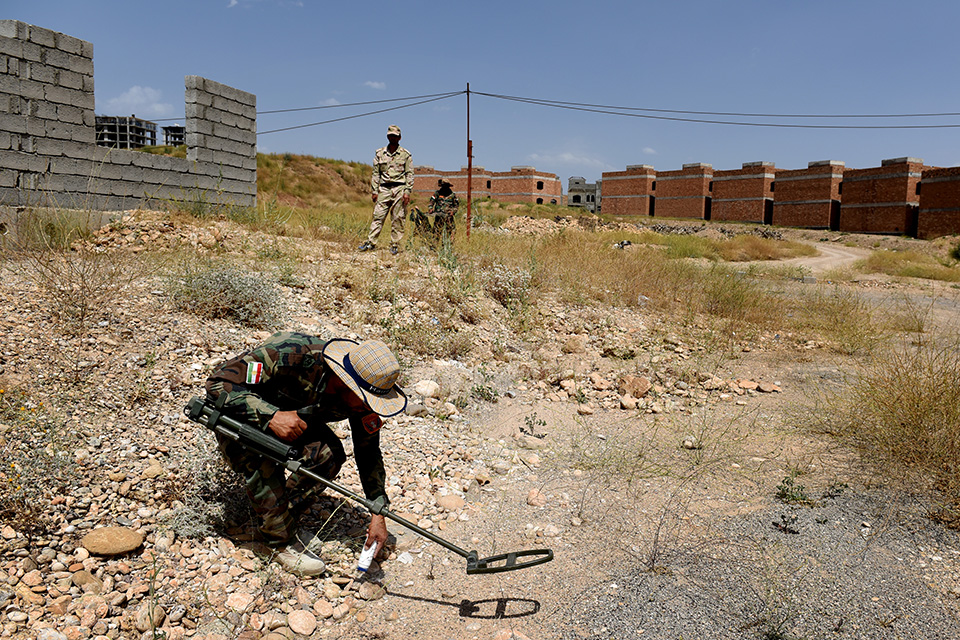 A Kurdistan troop takes part in training to find Improved Explosive Devices as part of his training which is being delivered to them by British Soldiers in Erbil, Iraq.

Following this major air strike on Friday, our aircraft continued to provide overwatch for the peshmerga, and late on Sunday 14 June a pair of GR4s conducted a series of three successful attacks with Paveways on a terrorist team armed with rocket-propelled grenades and also two ISIL heavy machine-gun positions, all of which were engaged in combat with the Kurdish forces.

Read more about our air strike and other activity here.