Saif Sareea 3 (SS3) is the third UK-Oman joint exercise, with the previous two taking place in 1986 and 2001. SS3 is the UK Armed Forces lead exercise this year and the largest joint exercise of its kind in 17 years.

The exercise, culminating in a ‘firepower demonstration’, will test the UK and Sultanate’s ability to operate together in austere conditions through the deployment of a Coalition Joint Task Force. 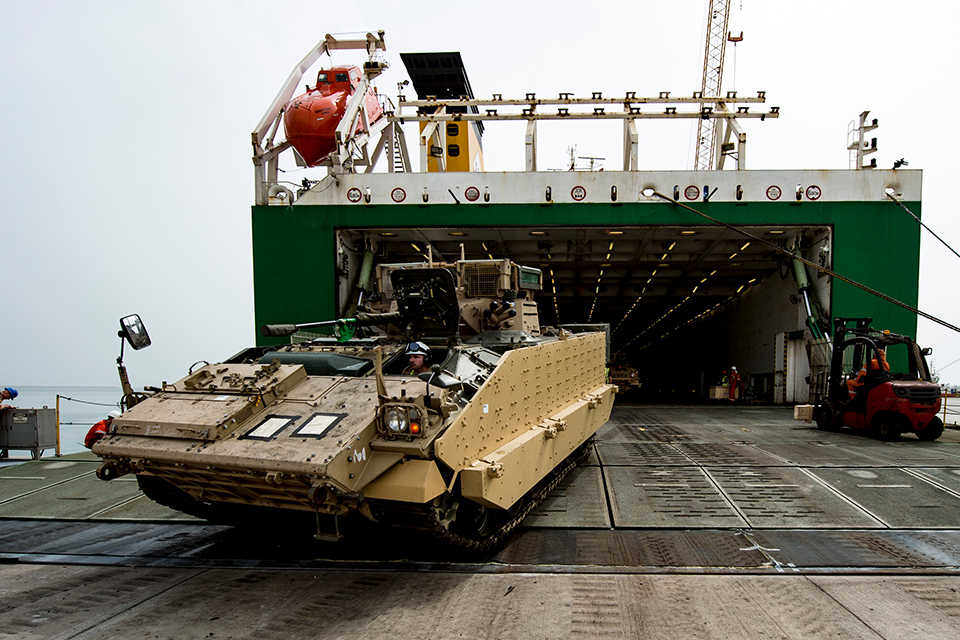 The shipping of the equipment for the exercise is coordinated and delivered by Joint Forces Command (JFC), who will coordinate sea and air transportation (often heading to the new Joint Logistics Support Base) prior to and following the exercise.

The equipment being transported to Oman will be crucial to the Army, Royal Air Force, Royal Navy and Royal Marine activity during the exercise.

The two RORO ships which arrived this week in Duqm left the military port in Marchwood, near Southampton, in late July. The ships sailed into the Port of Duqm on the 10 and 14 August, each with a cargo of over 3,500 tonnes. They cargo included vehicles such as Warrior armoured fighting vehicles, Scimitar CVRT (combat vehicle reconnaissance tracked) and Bulldog personnel carriers. 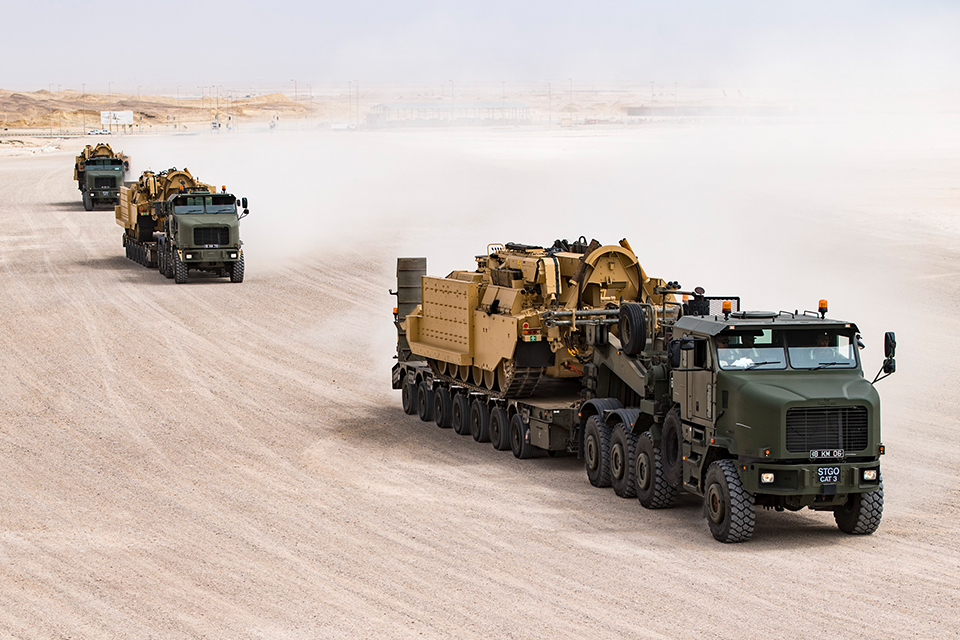 Challenger Armoured Repair and Recovery Vehicle being transported from the port to the Joint Logistics Support Base in Duqm. © MOD Crown Copyright

Troops of 17 Port and Maritime Regiment, Royal Logistics Corps, laboured in the heat of the morning to unload vehicles and containers. Corporal Jennifer MacPhee-Peace (32), a Port Operator said:


Because it’s so hot, you just want to get it done with, we unlashed everything within an hour.
​
Over 200 vehicles were unloaded from the ship, belonging to 1 Mercian, 22 Royal Engineers, Royal Tank Regiment, 40 Commando Royal Marines and the Commando Helicopter Force.

The vehicles and other logistical equipment will be transported onwards to the Joint Logistics Support Base in Duqm and other locations ahead of the start of the exercise in October.