British residents were killed, homes were destroyed and infrastructure was decimated when Irma and Maria, two of the most powerful hurricanes for decades, smashed through the region back-to-back in September 2017.

Mark Lancaster visited Barbados, Antigua and Montserrat this week to reassure locals that the Ministry of Defence is supporting other Government departments to ensure that similar devastation is not repeated.


No matter what the elements throw at our Overseas Territories this year, we will be there to help them every step of the way throughout 2018 and beyond. We may not be able to prevent natural disasters from occurring, but our world-class military have been planning meticulously to ensure lives are protected and damage is kept to a minimum.
​
Our citizens in the Caribbean have already shown incredible resilience over the last year and we are determined that when this difficult period is over their local facilities are in a better state than they were before.
​
Royal Fleet Auxiliary (RFA) Mounts Bay will act as the hub of the UK’s response, and the minister was able to see a demonstration of her amphibious capabilities while in Montserrat. 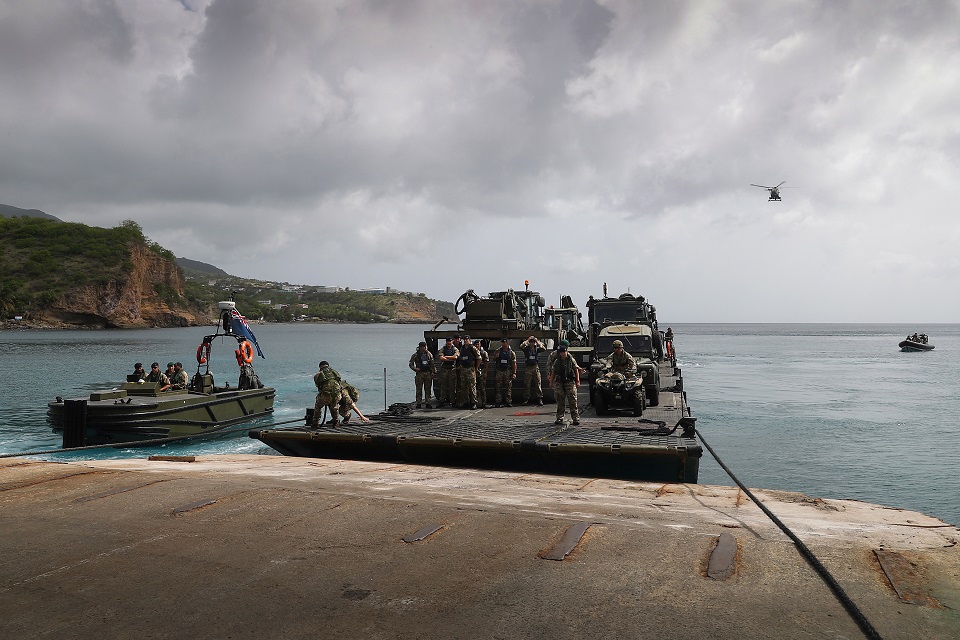 As well as being able to carry vital aid and equipment, RFA Mounts Bay also has the latest Royal Navy Wildcat helicopter on board to provide aerial support – this will be the first time it has operated in the Caribbean. There is also a medical facility on board, with 10 patient beds for anyone who suffers serious injuries or illness.

The visit also provided an opportunity for Mr Lancaster to speak to island governors and residents about their needs as they continue to recover from last year’s hurricanes.

As well as preparing for this year, RFA Mounts Bay has been in the region since Irma struck and will remain there until 2020 to help restore the islands to normal. 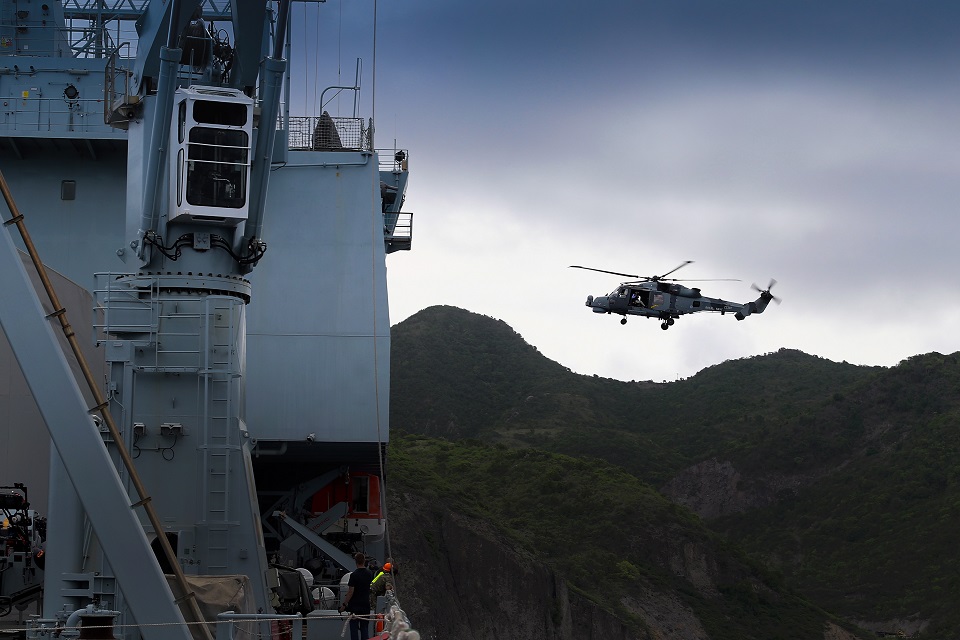 A Wildcat helicopter takes off from RFA Mounts Bay during the Humanitarian Relief and Disaster Relief (HADR) Exercise. Crown copyright.

The Government has already committed £142million to support the recovery effort in the affected territories, as well as £300million of UK loan guarantees.

Foreign & Commonwealth Office minister Lord Ahmad of Wimbledon is currently visiting the British Virgin Islands, which suffered extensive damage, as the Government continues its preparations for 2018.