In 2019 the UK will receive delivery of its first Poseidon P-8A aircraft and both nations have committed to deepen their defence cooperation when operating in the North Atlantic region. Through seeking opportunities to share logistics and support bases and optimise the use of P-8A aircraft, particularly in Europe, the declaration should ensure increased value for money and operational effectiveness.


The United States is our pre-eminent Ally in global defence and collective security. This declaration is further evidence of how our two countries continue to cooperate and build mutual security, particularly in the North Atlantic region.

Backed by a rising defence budget and a £178 billion Equipment Plan, the P-8A programme will provide us with enhanced surveillance capabilities.
​
As leading members of NATO, the UK and US are committed to the collective defence of each other and their Allies. We have also pledged to deepen defence cooperation, bilaterally and within the Alliance, to further improve the ability to operate together in exercises and operations.

The declaration provides a new opportunity to maximise value for money for the taxpayer and continue to strengthen UK-US interoperability and to pursue efficiencies in operations and support, including at RAF Lossiemouth in Scotland, where the P-8A will bring some 400+ jobs. The Department of Defense and Ministry of Defence plan to cooperate closely on operation of their P-8A aircraft in the North Atlantic to ensure a coherent approach to MPA activity.

Delivering on the commitment of the 2015 Strategic Defence and Security Review, the UK is purchasing nine Boeing P-8A Poseidon MPAs to be based in RAF Lossiemouth, Scotland. The aircraft will add to the UK’s surveillance capabilities, including conducting anti-submarine and anti-surface warfare, search and rescue and intelligence gathering. 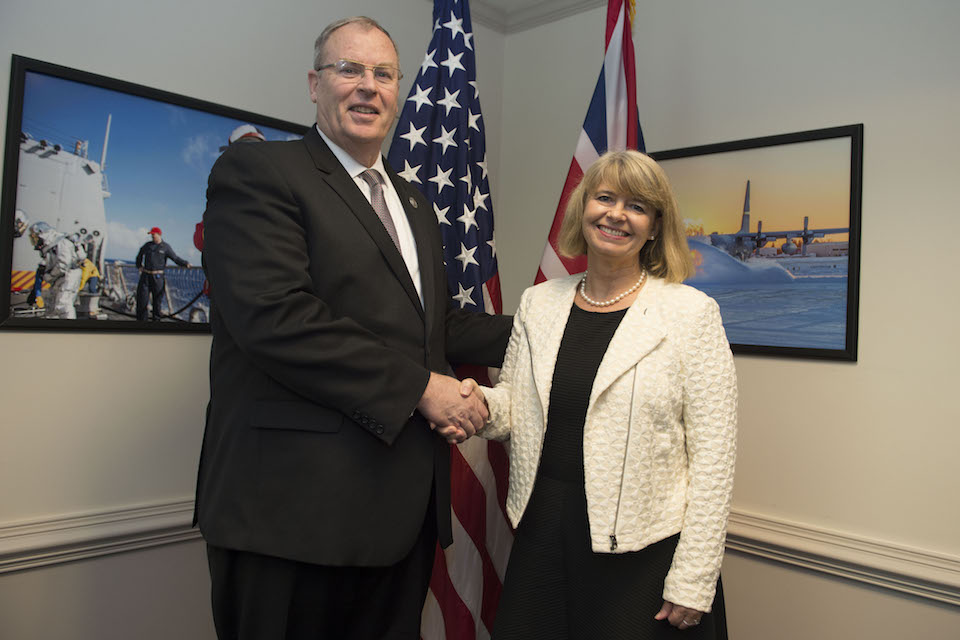 
Today’s signing of the Declaration on P-8A Poseidon Bilateral Cooperation exemplifies the importance and strength of the US-UK partnership.

This cooperation agreement ensures and deepens our interoperability and maritime patrol capabilities. Together, the US and Uk will continue to deter regional threats and maintain a robust military posture.
​
With the first P-8A aircraft due to arrive in the UK in 2019, the RAF has ensured that we have maintained the skills needed to operate these MPAs through the ‘seed-corn’ programme, which has embedded former RAF MPA operators within the MPA squadrons of Australia, Canada, New Zealand and the USA.


This agreement will enhance the UK’s maritime patrol capability and further strengthen UK-US defence relations. The arrival of the Poseidon P-8A in 2019 will provide the UK with significantly increased capabilities and bring hi-tech employment to Scotland and the wider UK.
​
This agreement follows Defence Secretary Sir Michael Fallon’s recent visit to Norway, where he also committed to cooperate on Maritime Patrol Aircraft operations, ensuring that the UK will continue to play a key role in delivering collective maritime security across the globe.

News story: Defence Ministers meet US Secretary of the Navy for the first time