Ministry of Defence said:
This time, the Chiefs were not discussing current or prospective operations but instead met to discuss the strategic challenges the UK and US militaries may face in the future.
The meeting in Washington reinforced the close alliance between the two countries’ Armed Forces, after a decade in which UK and US forces have been routinely involved in combat operations together. The end of combat operations in Afghanistan next year seems likely to represent an inflection point.
This meeting therefore provided a timely opportunity for the Service Chiefs to consider the future challenges both militaries can expect to face during a period of uncertainty in the international strategic environment and continuing pressure on the resources that will be available for defence.
The Chiefs reviewed the circumstances in which UK and US forces seem likely to operate together in the future, and the need to continue to develop interoperability between the two forces.
The bilateral military relationship between the UK and US is based on a long and rich shared history. 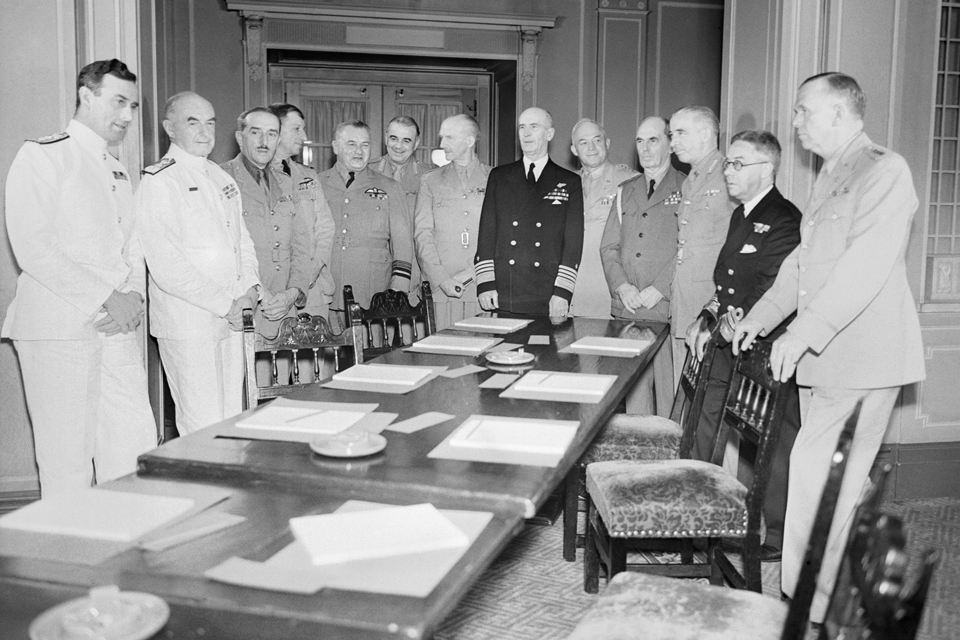 The Combined Chiefs of Staff Committee meeting in 1948 [Picture: Ted Dearberg, IWM]The gathering has provided an opportunity to drive forward priorities for defence collaboration set by successive Defence Secretaries and endorsed by President Obama and Prime Minister David Cameron when they met last May.
The outcomes of the meeting will include recommendations to the UK and US governments on the next steps with this programme of work.
The UK’s Chief of the Defence Staff, General Sir David Richards, said:

The US/UK Combined Chiefs of Staff Committee, meeting as it has for the first time in 65 years, reflects the importance of the military dimension of the Anglo-American alliance and a joint determination to ensure it prospers into the future. Over the past decade of conflict I, and most of the British Armed Forces, have fought side-by-side our US comrades-in-arms. How we build on the mutual respect and confidence this has engendered to ensure we successfully move beyond today’s operations to meet fresh challenges has been at the heart of our discussions.
​
I am delighted that Gen Dempsey and his fellow Chiefs have generously hosted their British counterparts and enabled this important meeting to take place. We will build on these talks to ensure we’re properly structured to cooperate bilaterally, in coalition with others and as part of NATO with our closest military ally.
​ 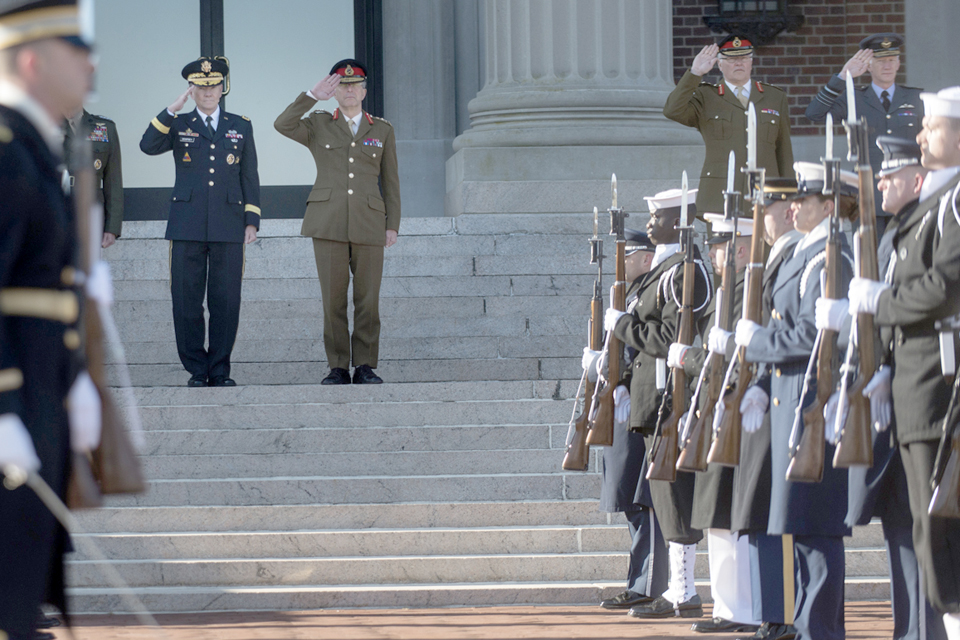 The Joint Chiefs and I met with our UK counterparts at historic Fort McNair for a dialogue on strategy. In the spirit of the Combined Chiefs of Staff Committee that convened 71 years ago, we discussed the current challenges both our nation face, as well as those challenges of an uncertain future.
​
The US and UK have benefited from one of the strongest partnerships any two countries can enjoy. From the friendship between Field Marshall Sir John Dill and General George Marshall during World War II, to the young service members serving together in Afghanistan today, this kind of dialogue allows us to think through new ideas to strengthen our mutual interests and serve the men and women who protect both our countries.
​
As well as discussion sessions involving all the senior officers, the day’s events also included individual one-to-one meetings between the Chiefs to discuss specific areas.