Defence Secretary Michael Fallon today praised his Romanian counterpart Mihnea Motoc over the country’s recent increase in defence spending as a percentage of GDP, urging Mr Motoc to continue this trend to meet the NATO 2% target. They met in London as part of programme of deepening relations that will see around 150 Army personnel exercising alongside their Romanian allies this month.

Exercise Sarmis, held this month in Romania, will see around 150 personnel from 3 Rifles working alongside their Romanian and US counterparts as part of the UK’s contribution to NATO’s Assurance Measures. This is just the latest joint training with a number of exercises over the past few years and follows a visit by the Chief of the Defence Staff General Sir Nicholas Houghton to Romania in April.

There are also currently around 75 UK personnel in Romania contributing to Exercise Steadfast Cobalt which runs from April to June, validating the NATO Response Force 17 command and control elements. This represents a sustained increase in UK-Romanian bilateral defence engagement.


The 2 per cent target is vital for the security of all NATO countries. That’s why we’ve committed to it and why we want all members to do the same.

Romania is a key NATO ally. I welcome its increase in defence spending and look forward to deepening our defence relationship.
​ 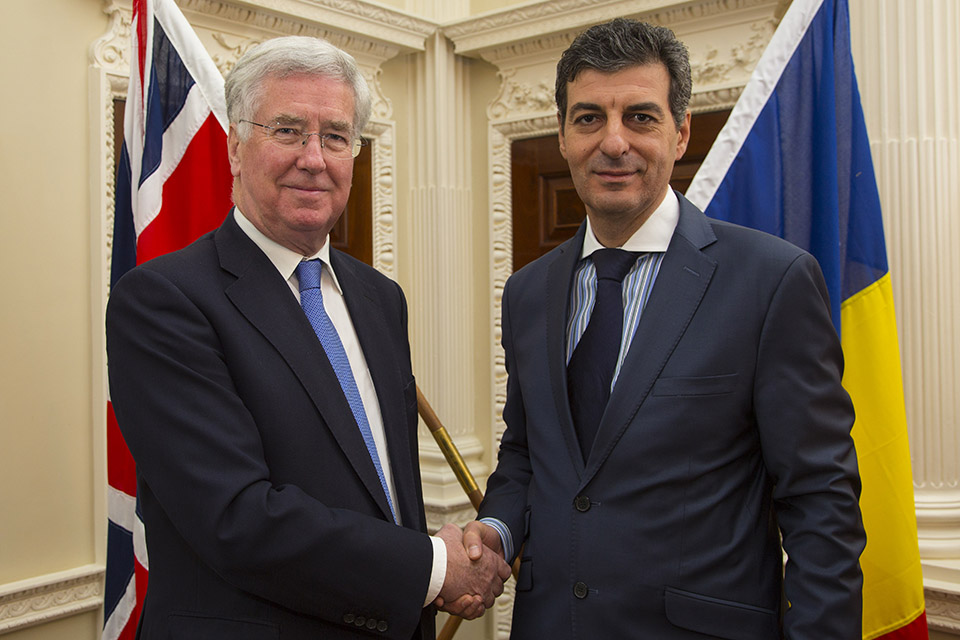 In maritime collaboration, a Royal Navy diving team will be contributing to Exercise Sea Breeze in the Black Sea. In July, operating alongside Romanian forces, the multi-national training exercise will strengthen interoperability and improve maritime security. The Royal Navy is also looking at plans to send a Type 45 destroyer to visit a Romanian port early in 2017. The last visit from the Royal Navy to Romania was in November 2015 when HMS Duncan visited Constanta.

Back in June 2015 RAF Typhoons from 29 Squadron participated in the Bucharest Air Show and Romania regularly provides support to the RAF including overflight permissions and stop-offs.