News story: UK and Poland honour veterans during the President of the Republic of Poland's...

Visiting the UK, President Andrzej Duda met with a number of World War Two veterans and serving British personnel with Polish heritage at a reception at Lancaster House.

During the reception, Defence Secretary Michael Fallon thanked Polish veterans for their historic contribution during the Battle of Britain and throughout the Second World War, which saw 15 operational squadrons of Polish pilots serving under RAF command. 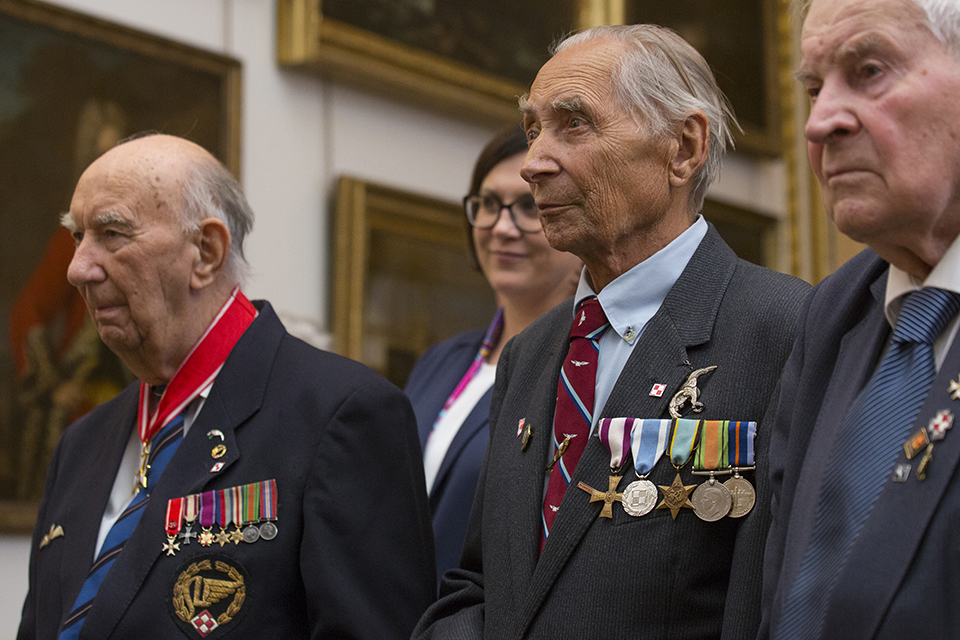 The Defence Secretary also took the opportunity to celebrate the UK’s friendship with Poland and its continued commitment to promoting stability around the world as a leading member of the NATO alliance.

Speaking at the reception, the Defence Secretary said:


We’re honoured that President Duda chose the UK as one of his first countries to visit, joining us to greet heroic World War 2 veterans each with a story to tell.

70 years on from the end of World War 2 we celebrate Poland’s overall contribution and the continuing closeness of our friendship today.
​
Continue reading...
You must log in or register to reply here.