Sir Michael, who visited Norway’s top military headquarters, close to the Arctic Circle on Thursday, announced that the UK and Norway would work closer on Maritime Patrol Aircraft cooperation, including in reducing costs and increasing operational effectiveness.

The UK announced that it would procure nine Boeing P8 MPA in last year’s Strategic Defence and Security Review. The new capability, which will be based in Scotland, will allow for enhanced situational awareness in key areas such as the North Atlantic, and will also further increase the protection of the UK’s nuclear deterrent and our two new aircraft carriers.

Sir Michael also visited Norway’s Bodø Main Air Station, home of two F-16 squadrons and a squadron of Search and Rescue Sea King helicopters, where he signed a new agreement on host nation support for UK exercises in the country, further increasing the UK and Norway’s ability to exercise, train and operate together. Mr Fallon welcomed the fact that British armed forces undertake yearly winter training in Norway, particularly 3 Commando Brigade in Harstad and Evenes and elements of Joint Helicopter Command at Bardufoss.


Britain needs Maritime Patrol Aircraft to keep watch over the seas. As part of our £178 billion defence equipment programme, we’ve committed to new maritime patrol aircraft that are able to monitor threats to Britain and our armed forces.

By stepping up cooperation with Norway on maritime patrol, we will help keep Britain safer and more secure.
​ 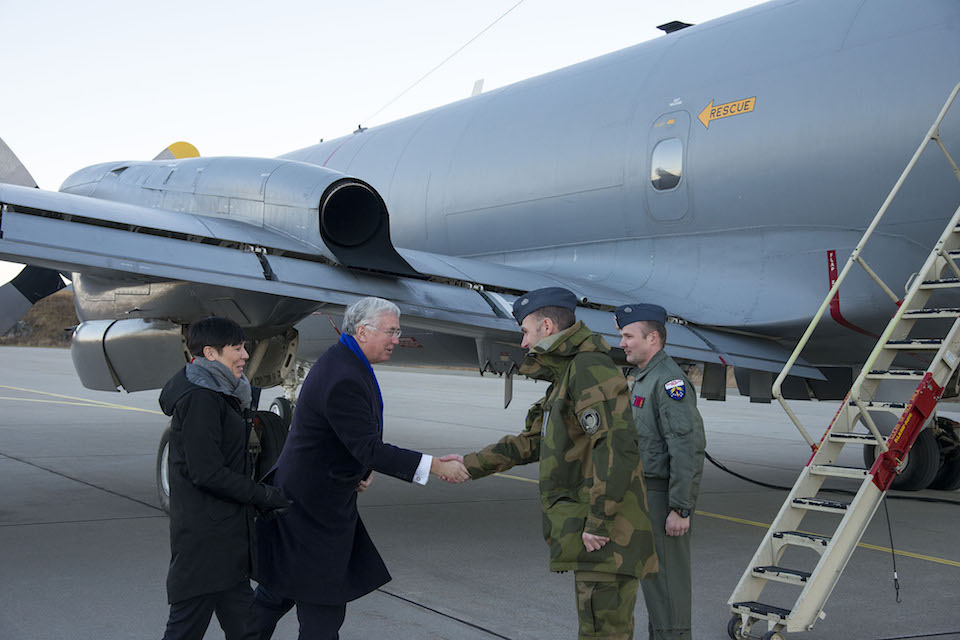 The Defence Secretary arrived in Norway following meetings with the Northern Group countries on Wednesday in Copenhagen, where he reaffirmed the UK’s commitment to European defence. As part of this, the Defence Secretary announced that 5 Battalion The Rifles would lead the UK’s battalion in Estonia next year, part of NATO’s Enhanced Forward Presence in the East.

Work on the UK’s MPA programme is progressing well, including the investment on infrastructure in Lossiemouth in Scotland, where the planes will be based. Former armed forces personnel who previously served on UK Nimrod are also re-joining the RAF to help operate the future P-8s. 12 have recently re-joined and more will re-join in the future.