Chief of the Defence Staff Air Chief Marshal Sir Stuart Peach today welcomed his Egyptian counterpart to London to discuss shared challenges and threats, including that posed by Daesh.

Discussion included shared security interests in Libya, planned Defence Engagement this year, including preparations for a future joint exercise involving counter-improvised explosive device (C-IED) training, and the UK’s commitment to security in the region. Dates for the annual military staff talks were also confirmed, which aim to identify mutual training opportunities and areas where both nations can deepen their military relationship.

With a strengthening relationship and as a key partner in defence and military matters, Britain is working with Egypt to combat threats, including from Daesh terrorism in Sinai and Libya.

Deepening our relationship with Egypt helps ensure stability in the Middle East and improves safety and security here in Britain.
​
The Defence Secretary visited Cairo in September, where he committed the UK to continue working alongside the Egyptian military, particularly through C-IED training. 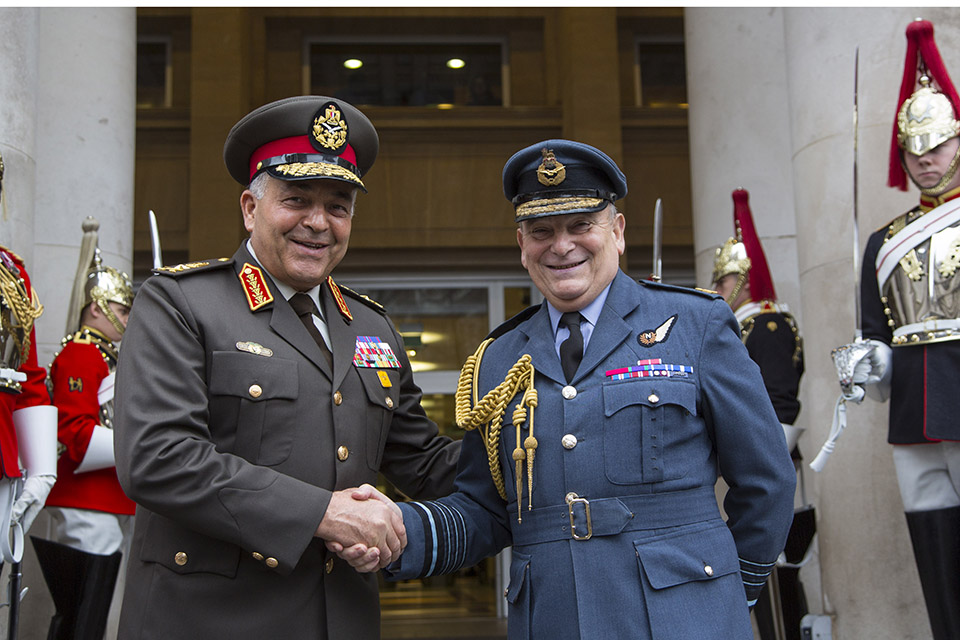 10 Egyptian officers from their Mistral class helicopter carriers were also hosted on board, and ahead of the exercise HMS Ocean, visited the port of Alexandria, the first Royal Navy ship to do so for eight years.


I was pleased to welcome Lt Gen Hegazy to London, and following a positive exchange I have personally reaffirmed our important Defence ties. We will continue to develop this military bond.
​
While in the UK, Lt Gen Hegazy is also due to visit Northwood Headquarters, where he will meet Commander of Joint Forces Command General Sir Chris Deverell, among other senior personnel.