Amongst the discussions was a meeting with her Australian counterpart, Minister Christopher Pyne, who is responsible for procurement for the country’s military.

Australia is the UK’s 13th biggest export market, with £8.6bn of goods and services sold in 2015 and the Type 26 Global Combat Ship has been shortlisted for Australia’s Future Frigate programme.

The Type 26 is an advanced Anti-Submarine Warfare frigate that will provide essential protection to Britain’s nuclear deterrent and new aircraft carriers.


From the first world war to defeating Daesh in the Middle East right now, the UK and Australia continue to fight side-by-side for the values we both share.

In the face of mutual intensifying threats, the strong relationship between our countries allows vital discussions over how best to protect ourselves. As the Australian Navy looks for a new frigate, the Type 26 is a very strong candidate and I hope to see it form the backbone of our Five Eyes partners’ navies for decades to come.
​ 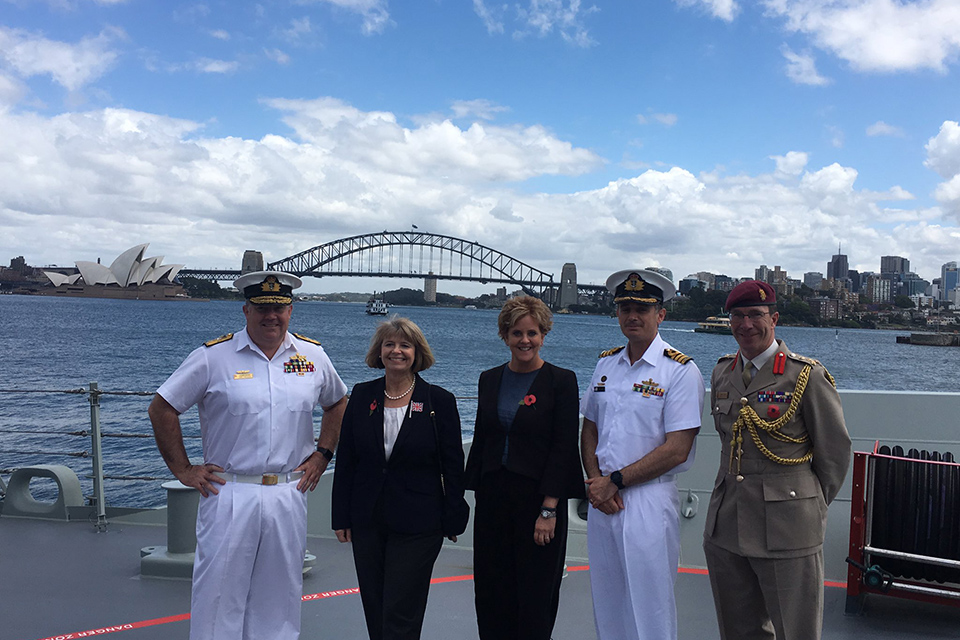 The visit to Australia comes shortly after Minister Pyne came to London and met Minister Harriett Baldwin earlier this month.

During his visit, BAE Systems announced that they had awarded a further 15 manufacturing contracts to suppliers of the Type 26 programme. Not only did that increase the number of UK maritime jobs supported by the programme to over 4,500, but it also included contracts with two Australian companies, showing the deepening co-operation between the British and Australian defence industries. 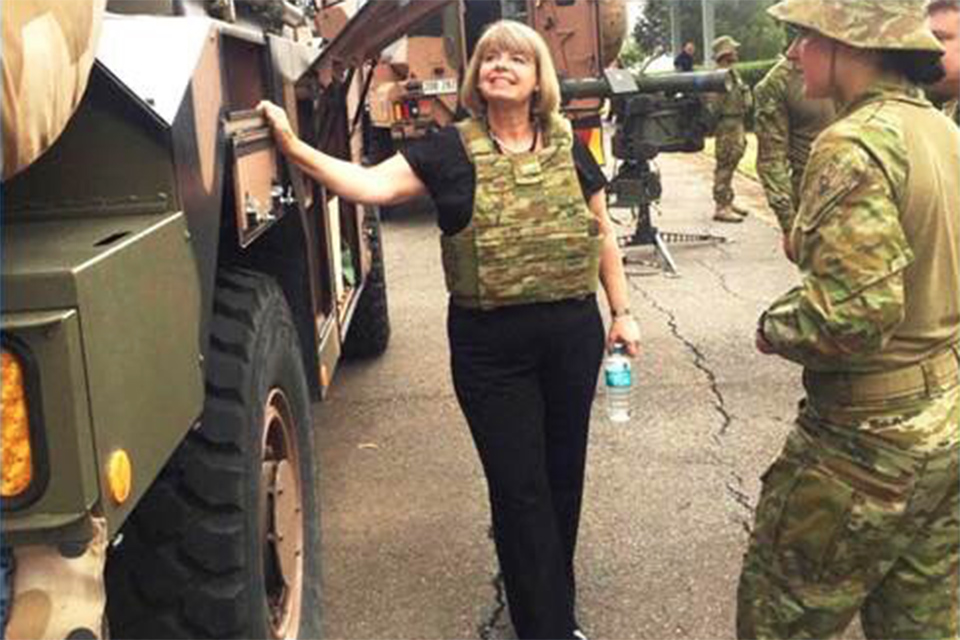 On the flipside of the countries’ export relationship, the UK was Australia’s fifth largest export destination in 2016, valued at almost A$15bn. Whilst in the country, the Defence Minister viewed a Bushmaster Protected Mobility Vehicle demonstration.

The Bushmaster protected vehicle, already in service with the Australian Army, is manufactured by Thales Australia and is one of two potential solutions under consideration as the UK looks for another troop-carrying vehicle and protected battlefield ambulance. A decision on the procurement, package two of the UK ‘Multi-Role Vehicle–Protected programme’ (MRV-P), is anticipated next year.

Alongside Australian Defence Minister Pyne the Defence Minister announced the intention to look at the feasibility of fitting a cutting-edge Australian radar on future British warships. The pair announced that a capability study to fit CEA Technologies’ ‘CEAFAR’ radar to British ships will begin early next year at the second Australia/UK Defence Industry Dialogue in Adelaide. The radar is already in-service with the Australian Navy. 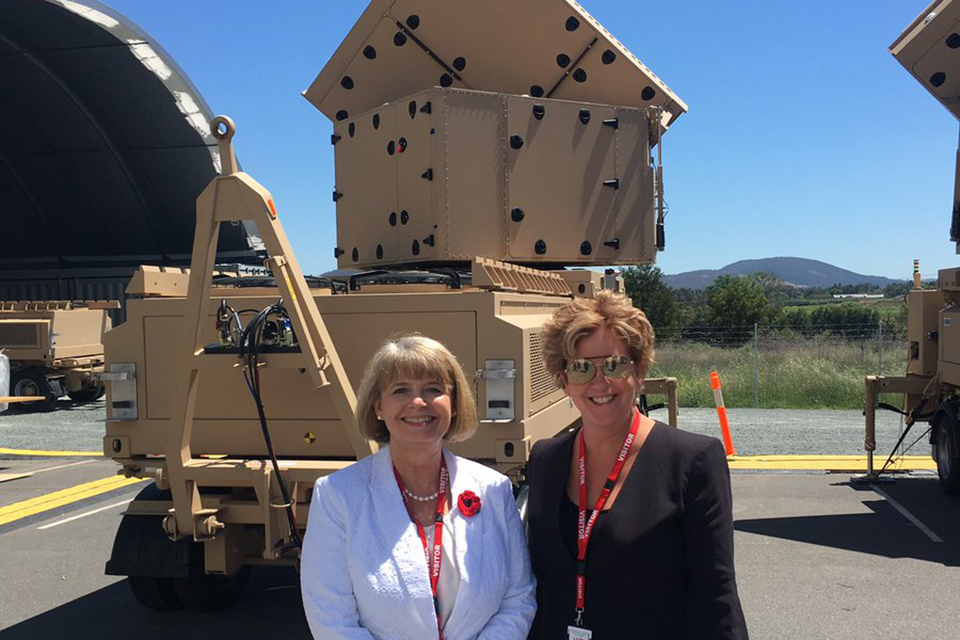 The Defence Minister also laid a wreath on behalf of the UK at a Remembrance Sunday commemoration event in Canberra on Saturday.