Private (Pte) William Marmon and Private (Pte) Harry Carter (both enlisted into the 10th Battalion The Essex Regiment), have finally been laid to rest after they were killed in an explosion in France during the Great War. They were given a ceremonial burial with full military honours on 19 October 2016 at Commonwealth War Graves Commission’s (CWGC) Albert Communal Cemetery Extension, France. 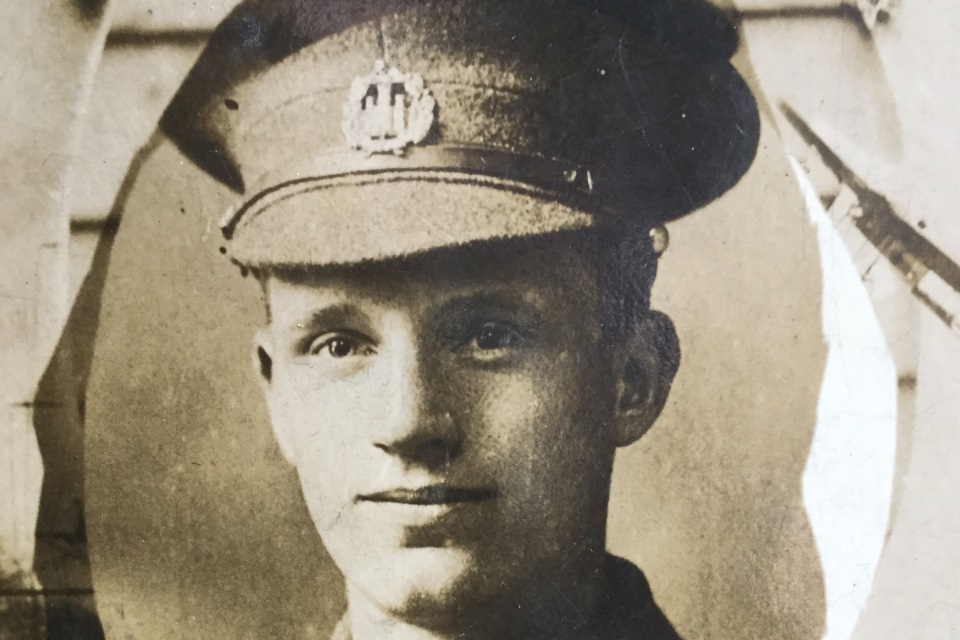 The remains of the two British soldiers were found in 2013 by archaeology group, the La Boisselle Study Group (LBSG), in the Somme village of La Boisselle, northern France. The bodies and effects of both men were fully recovered. 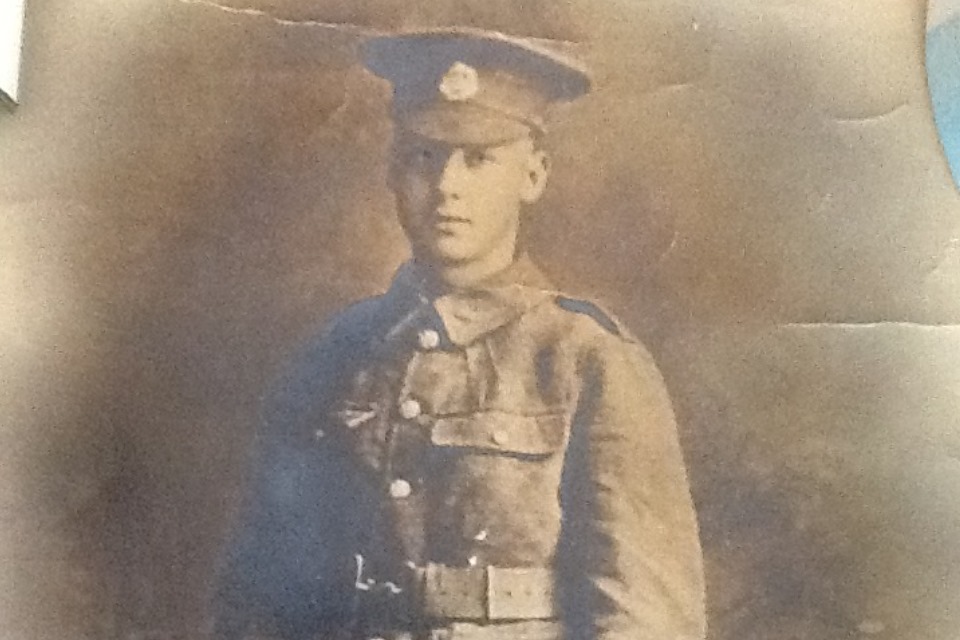 The service, organised by the MOD’s Joint Casualty and Compassionate Centre (JCCC), part of Defence Business Services was conducted by The Reverend Richard Priest CF, Chaplain to the 1st Battalion The Royal Anglian Regiment.

Steve Brown, from the JCCC said:


I have personally followed this case from conception to conclusion. The commemorative event today is a culmination of detailed work by many organisations to achieve a common goal, the identification and burial of exceptionally brave young men who died serving in arguably the most difficult and dangerous place during the First World War. As the Ministry of Defence’s authority in this matter, JCCC is delighted that family members from both soldiers are here today, as the Military pay respect to their fallen.
​
Reverend Richard Priest said:


I am honoured to conduct the funeral service for these 2 soldiers of The Great War, who gave their lives for their country. It is just as important for today’s soldiers to know that their comrades are buried with full military honours as it was a hundred years ago, and that we honour our fallen from past conflicts.
​
The 2 soldiers were part of a group of 8 men killed as a result of the explosion of a 15 ton German underground mine. In the early hours of 22 November 1915 their dugout where they were most likely on sentry duty, was engulfed by hundreds of tons of falling earth from the explosion. Ptes Marmon and Carter were only 21 when they were both killed on that fateful day. 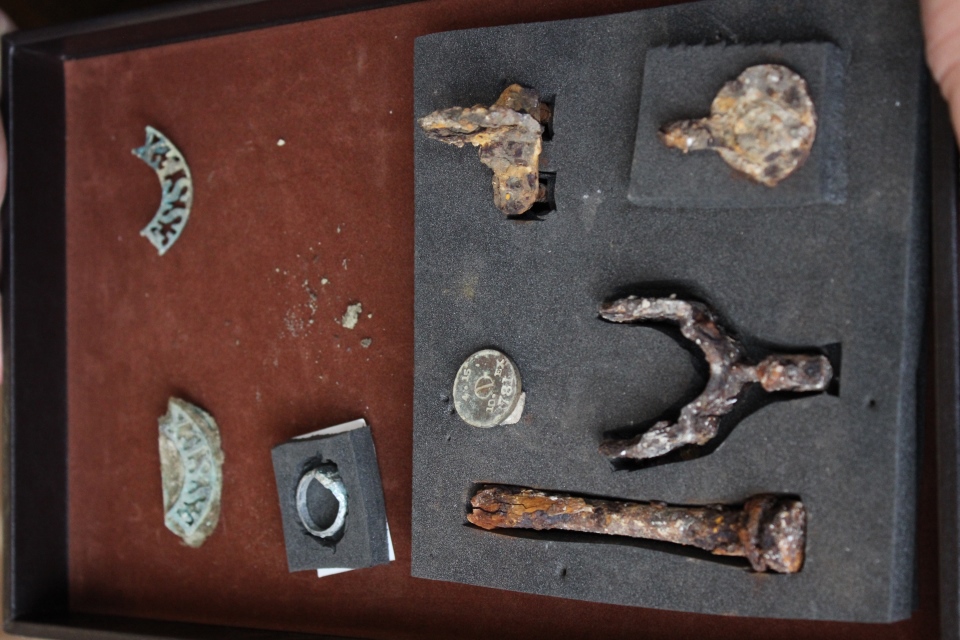 Family members who paid their respects to Pte Marmon included great-nephew Trevor Newland. Pte Carter’s family was represented by great-nephews Brian and Barry Churchyard. Current members of The First Battalion The Royal Anglian Regiment, successor to The 10th Battalion The Essex Regiment, paid tribute to their former colleagues by providing a bearer party for the coffins and a firing party.


My great-uncle, Private William Marmon, sacrificed his life at just 21 years old for his country and I am immensely proud of him. His bravery is undeniable and although his death was in tragic circumstances, my family have had the opportunity to pay our respects. To be here today witnessing this full military funeral in his honour is really humbling. He has laid with his comrade for 100 years and will now do so in peace forever more. Lest we forget.
​
Brian Churchyard great-nephew of Pte Carter said:


My family and I have been overwhelmed by the interest shown in Private Harry Carter. It is a remarkable story and really does bring home the bravery and sacrifice made by such young men. We are honoured and proud to be invited to the funeral and so grateful for the effort and time provided by the Joint Casualty and Compassionate Centre and the Commonwealth War Graves Commission, and a real thank you to everyone involved.
​
Brian’s brother and great-nephew of Pte Carter, Barry Churchyard said:


I thought the full military burial of Private Harry Carter earlier today was incredibly moving and it has been a real privilege to be there in person. Having been informed of the La Boisselle Study Group’s detailed findings really brought home Harry’s story. It has been so pleasing for me to see where my great-uncle’s final resting place is.
​
The LBSG was formed in 2010 to carry out investigations into the surface archaeology and the tunnel complex of a 3 acre piece of undisturbed battlefield known during the war as the ‘Glory Hole’.


We look upon the burials today as a cause not for melancholy but for celebration, because we have finally found, recovered and identified the remains of four young men missing for a century: Charles Marmon and Harry Carter of the 10th Essex and their French comrades Louis Heurt and Apollinaire Ruelland of 118th Infantry Regiment. Our commemorations are, however, tempered by an enduring sadness at not having been able to recover the other soldiers, both British and German, whom we know or believe to have been present close by. This evening we shall be raising a glass to them all.
​
Two new headstones bearing Pte Marmon and Pte Carter have been provided by the CWGC, who will now care for their final resting place in perpetuity.


Private Marmon and Private Carter have been laid to rest at the Commonwealth War Graves Commission’s Albert Communal Cemetery Extension with the honour and dignity they deserve. Today’s service is an opportunity for us to give thanks for their service, and remember the sacrifice they and others made a century ago. The CWGC is honoured to care for them and all those Commonwealth servicemen and women who died during the two world wars, in perpetuity.
​
Continue reading...
You must log in or register to reply here.