Both services, organised by the MOD’s Joint Casualty and Compassionate Centre (JCCC), part of Defence Business Services, was conducted by The Reverend Paul van Sittert CF, Chaplain to the Highlanders (4 Scots). 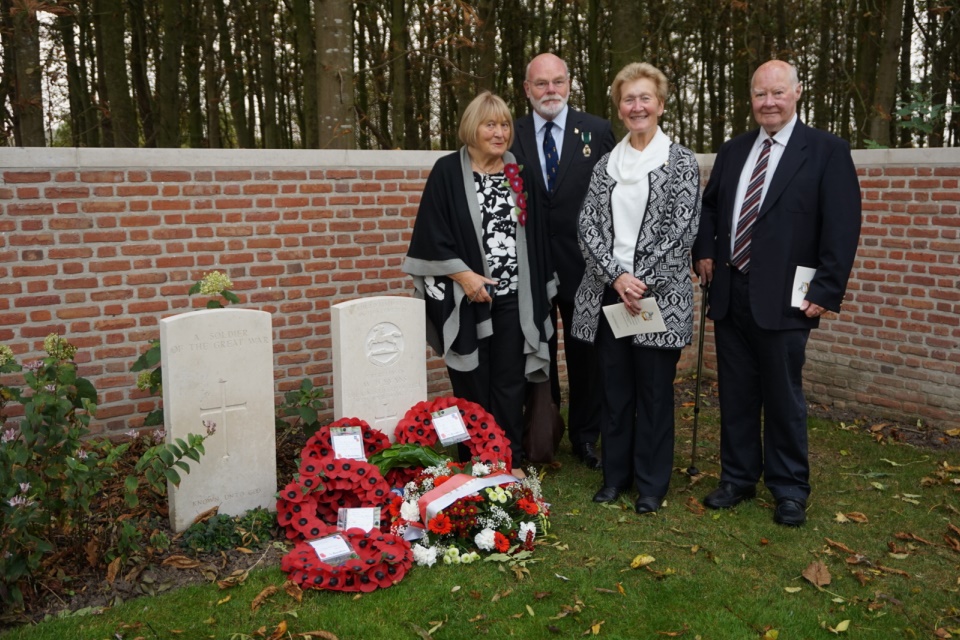 Rifleman Evans enlisted in Liverpool on 7 November 1914 as part of the Liverpool Brigade West Lancashire Division. He sailed from Southampton to Le Havre in February 1915 and joined the 15th Brigade 5th Division serving with the Expeditionary Force. His total service was 173 days before being killed during the second Battle of Ypres on 28 April 1915, aged 22 years old. 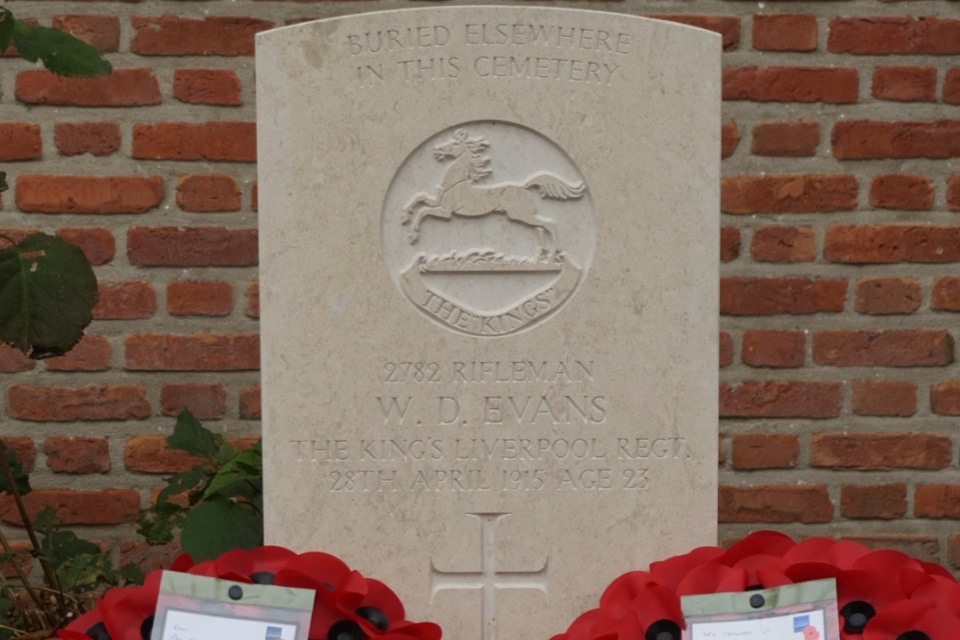 Rifleman Evans was originally buried in Blauwepoort Farm Cemetery with his fellow comrades of the same regiment who were also killed at the same time. Due to ongoing fighting his grave was subsequently lost or destroyed. 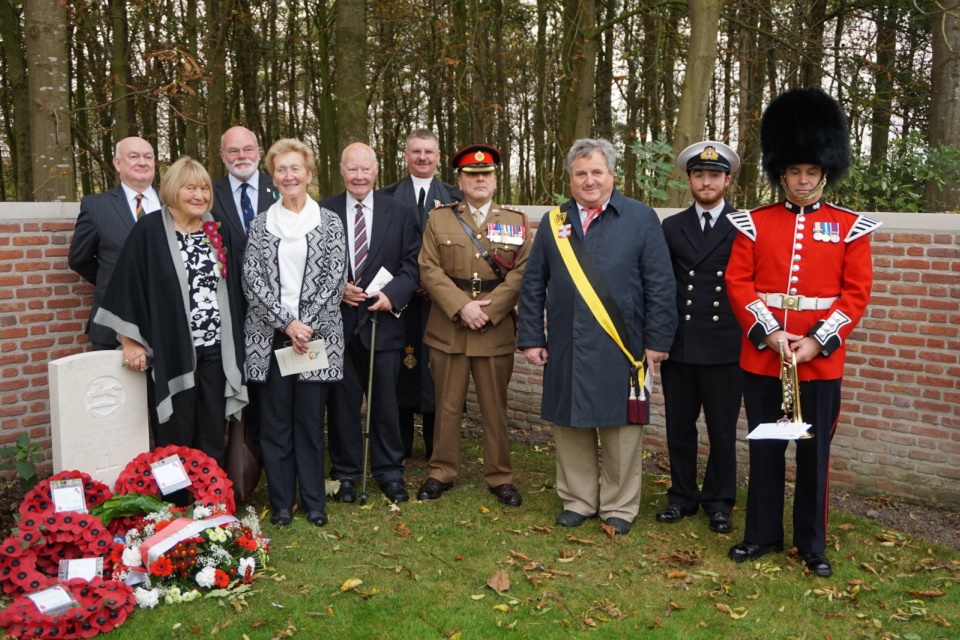 The JCCC understand that there is no evidence to suggest he is buried elsewhere. His relatives submitted a case to the JCCC in 2015 which has resulted in a headstone being placed in the cemetery near the entrance saying ‘Buried elsewhere in this Cemetery’. Members of his family attended the service alongside the antecedent Regiment The Duke of Lancaster’s Regiment. 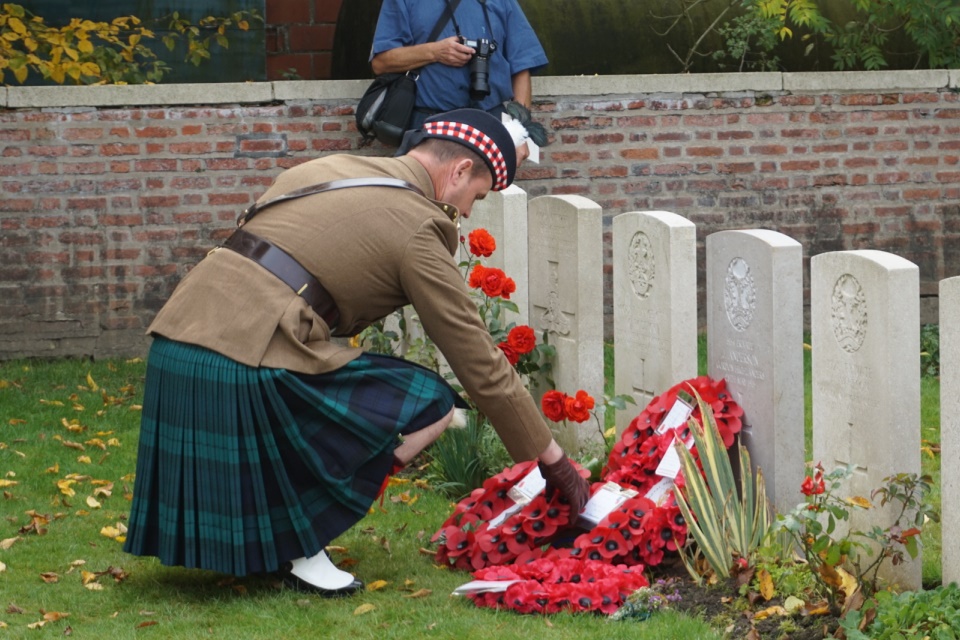 Captain Gary Main laying a wreath at Rifleman Evans’s graveside on behalf of the 4 Scots Regiment.

In the afternoon the rededication service for Private John Anderson took place. Private Anderson joined the 4th Battalion Gordon Highlanders in late September 1914. He saw active service in France and Flanders landing in France in March 1915. In May he was in the trenches in the area of Vlamertinghe, West Ypres followed by marching through Ypres taking over the whole front from Hooge. Reports from a fellow soldier to his family stated he was killed in the second Battle by shellfire on 28 May 1915, aged 20 years old. 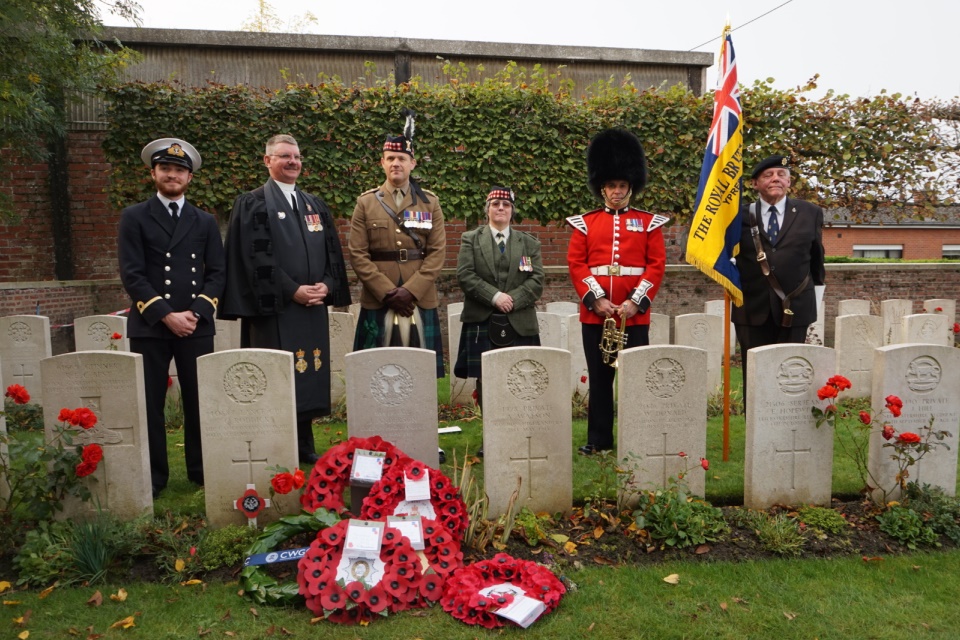 Private Anderson was originally buried in Birr Cross Roads Cemetery as an unknown soldier of the 4th Battalion Gordon Highlanders. An identification case was submitted to the JCCC which was later accepted on completion of their research and investigations. 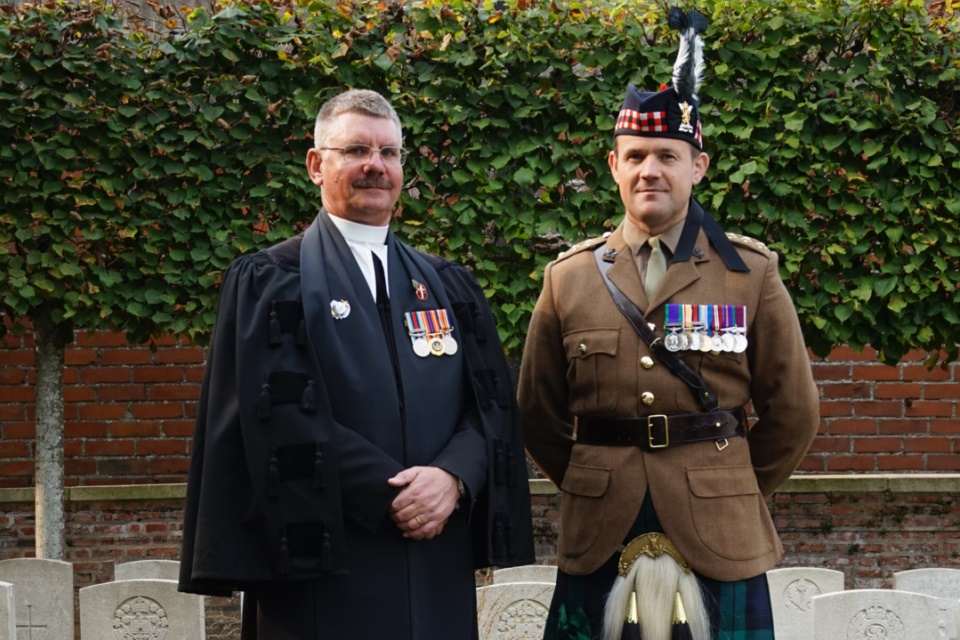 Regrettably Private Anderson’s family could not attend the service. Regimental support was provided by the antecedent Regiment The Royal Regiment of Scotland. He is commemorated on the main village and district of Kemnay War Memorial and the Inverurie War Memorial. His brother Alexander was also killed in the Great War.


These brave First World War soldiers fought for their country to make our lives better. It is a privilege for the Joint Casualty and Compassionate Centre to have organised these two very fitting services to ensure that finally these two soldiers have their own named headstones.
​
Reverend Paul van Sittert CF said: