The resting places of Major Alexander Henderson Soutar MC, Corps of Royal Engineers and Major Octavius Sidney Darby-Griffith MC, The Loyal North Lancashire Regiment, have been marked 100 years after their deaths in the great war. Two rededication services were held on Wednesday 30 May at the Commonwealth War Graves Commission (CWGC) Jonchery-sur-Vesle British Cemetery and La Ville-aux-Bois British Cemetery, both near Reims in the Champagne region of France.


It has been a privilege and an honour to organise these 2 rededication services today. Both Major Soutar and Major Darby-Griffith were killed during the Third Battle of the Aisne. It is important that these courageous men, who fought tirelessly to halt the German Spring Offensive in 1918, are remembered.
​
The Reverend Andrew Earl CF, said:


It is a great privilege to be asked to rededicate the headstones of these 2 former comrades who paid the ultimate sacrifice in the service of their country and to see the ongoing work of the MOD’s JCCC. It is important that when we say ‘We will remember them’, it is more than words, it’s an ongoing commitment. May they both rest in peace.
​ 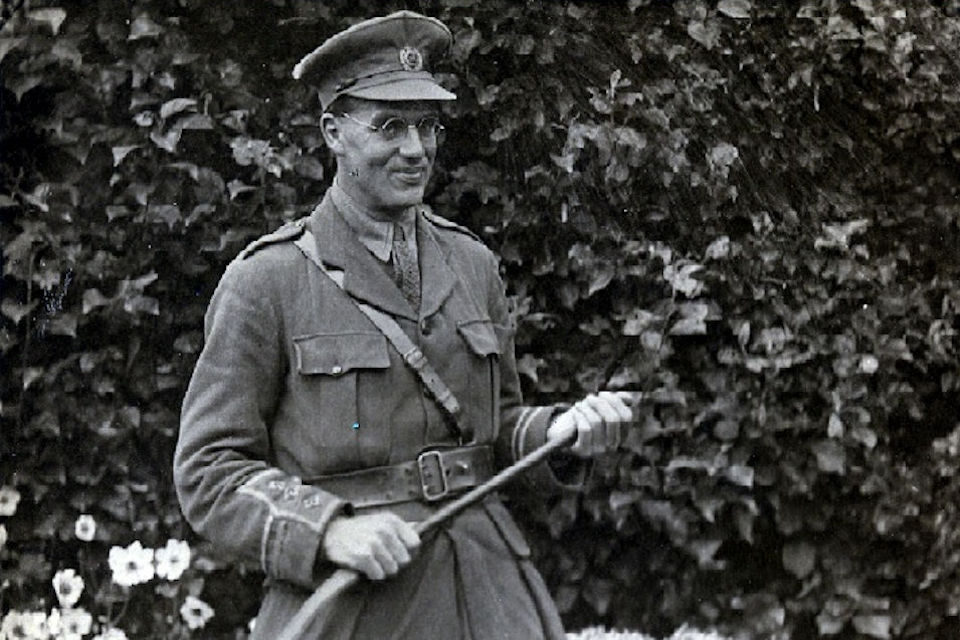 On 28 May 1918 98th Field Company, Royal Engineers, were involved in fighting around Hermonville. They were forced to withdraw southwards but had to leave Major Soutar behind as he was wounded. It is believed that he succumbed to his wounds having been taken prisoner of war. He was 30 years old. 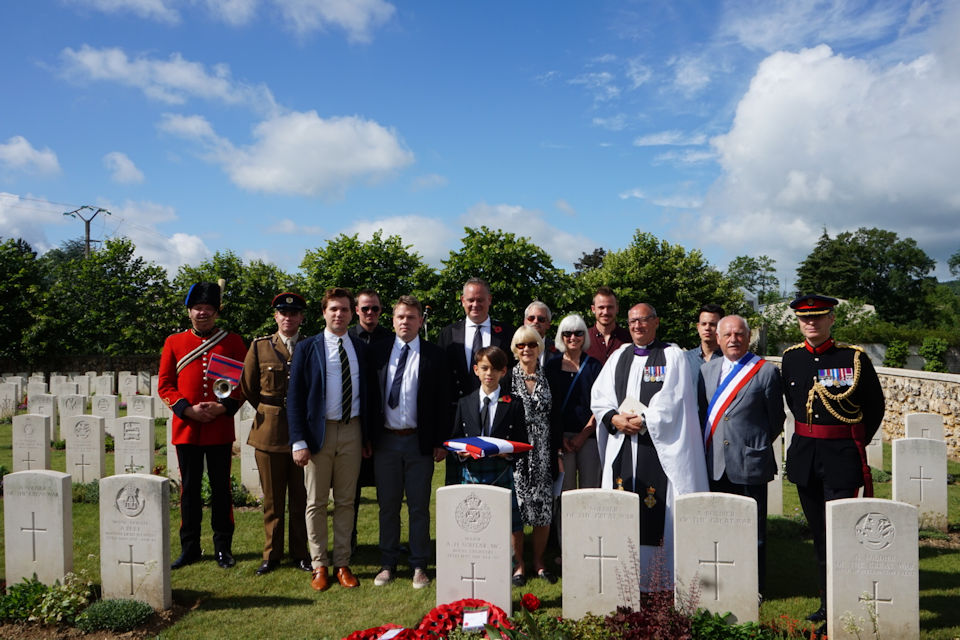 Members of the Soutar family with military representatives and local attendees, Crown copyright, All rights reserved


The Soutar family is extremely moved by the dedication of David Tattersfield and the Joint Casualty and Compassionate Centre of the British Ministry of Defence in locating the final resting place of our ancestor, Major Alexander (Alastair) Henderson Soutar. Major Soutar sacrificed his life for his country 100 years ago, and has lain here unrecognized ever since.
​
We are all immensely grateful that we are able to come to France to pay him our respects and to thank him for his sacrifice. We are also relieved that his final resting place is now marked and may be known unto all who visit this beautiful place. We feel his soul is finally at peace.
​
On 9 September 1914 Major Darby-Griffith was commissioned into The Loyal North Lancashire Regiment. He was awarded the Military Cross, which was published in the London Gazette on 25 April 1918. His citation reads:


For conspicuous gallantry and devotion to duty when in command of a company which took over a sector of the line after an unsuccessful attack. He quickly reorganised the line, which contained large gaps, and steadied his men under constant shell fire. When, after being relieved, 2 of his platoons were caught by an enemy barrage he distributed them in shell holes, and by working from shell hole to shell hole, got them clear without many casualties. After getting them clear he returned through the barrage and attended to his wounded, remaining with them till the last had been evacuated.
​ 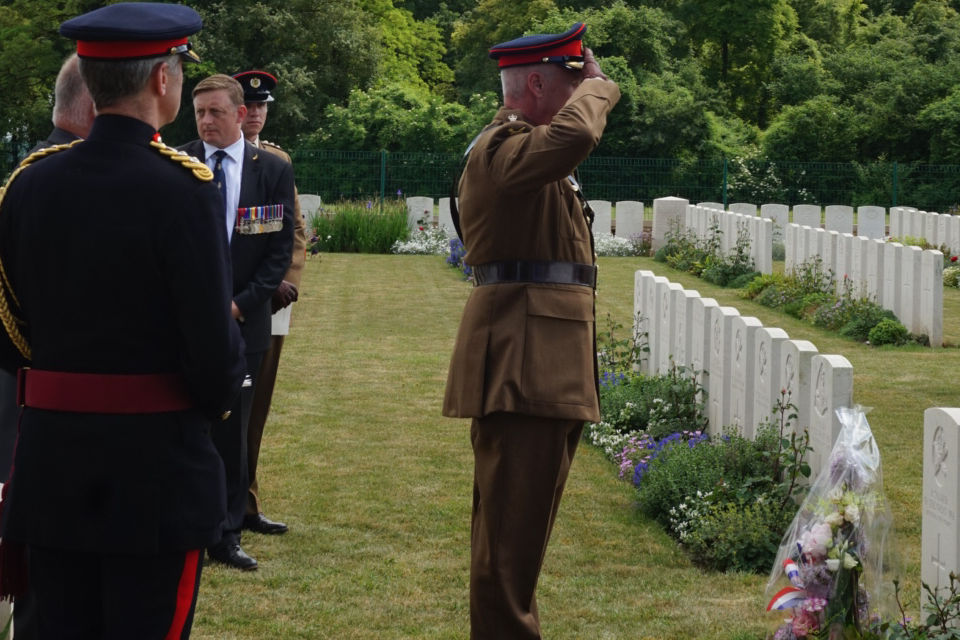 Major Gary Turner from The Duke of Lancaster's Regiment laying a wreath for Major Darby-Griffith, Crown copyright, All rights reserved

On 27 March 1918 Major Darby-Griffith was killed whilst in command of 9th Battalion, The Loyal North Lancashire Regiment. He was 46 years old. 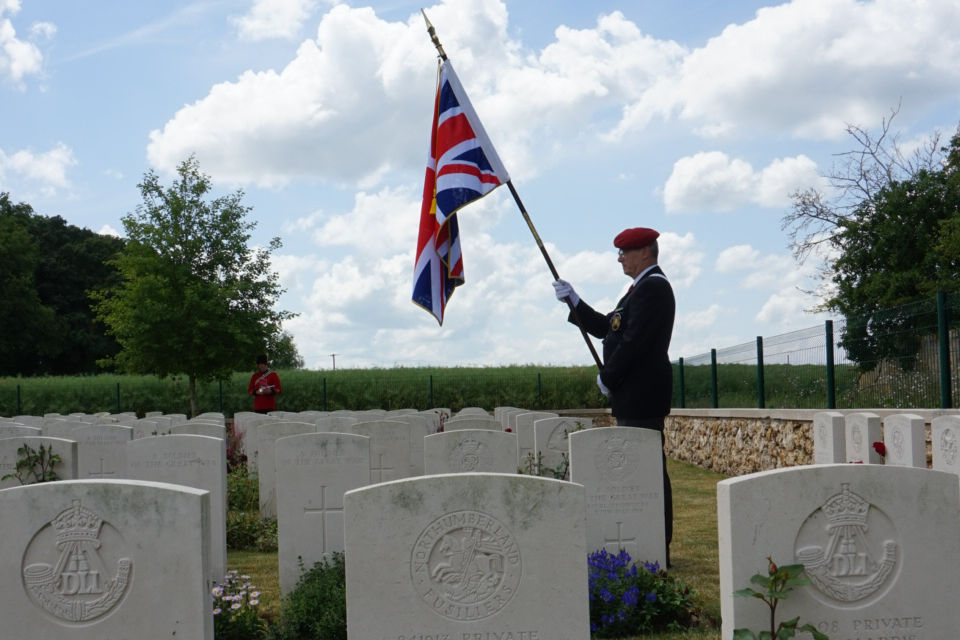 The Standard being lowered as the Last Post is played during the service for Major Darby-Griffith, Crown copyright, All rights reserved

Both Majors were casualties of the Third Battle of the Aisne, a now often forgotten battle in the late stages of the German Spring Offensive. With no known graves, they were both commemorated on the Soissons Memorial in Soissons, France.

The final resting place of these 2 Majors came to light after a researcher, David Tattersfield, submitted evidence to the CWGC to suggest that they had been found. Further research by the MOD’s JCCC and the National Army Museum was undertaken to corroborate the evidence that Mr Tattersfield had provided, and the identification of the ‘Unknown Soldier’ graves were both confirmed by the JCCC.

The service for Major Soutar was attended by 10 members of his extended family who had travelled from as far away as Canada, the USA and Hong Kong to pay their respects. Despite the limited information available, the JCCC traced Major Darby-Griffith’s 91 year old granddaughter. As she lives in British Columbia she was unable to make the journey.

Members of the Corps of Royal Engineers and The Duke of Lancaster’s Regiment were present at both services.


For almost a century Major Soutar and Major Darby-Griffith were commemorated on the Soissons Memorial to those with no known grave. They were both decorated officers who had served on the Western Front for more than 3 years and we are honoured to be able to acknowledge their sacrifice and re-dedicate their graves today.
​
Two new headstones bearing Major Soutar’s and Major Darby-Griffith’s names have been provided by the CWGC, who will now care for their final resting place in perpetuity.