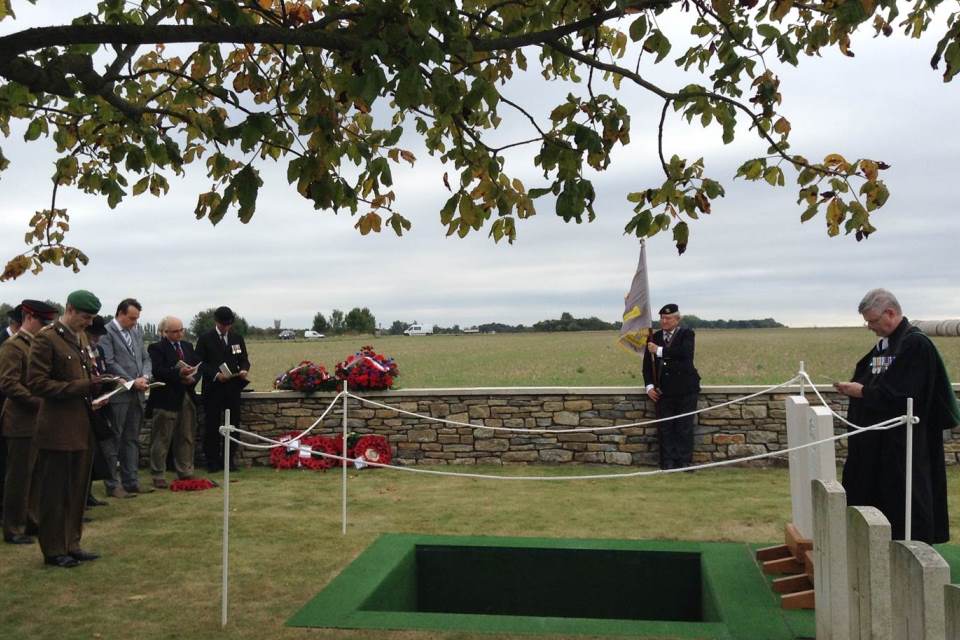 In recognising their sacrifice, both soldiers were buried under separate headstones as ‘Soldiers of the Great War, Known Unto God’. With the Royal Anglian Regiment paying tribute by providing a bugler from the Royal Anglian Band, the service was also attended by British Defence Staff, a representative of The Royal Leicestershire Regiment Association and local dignitaries. 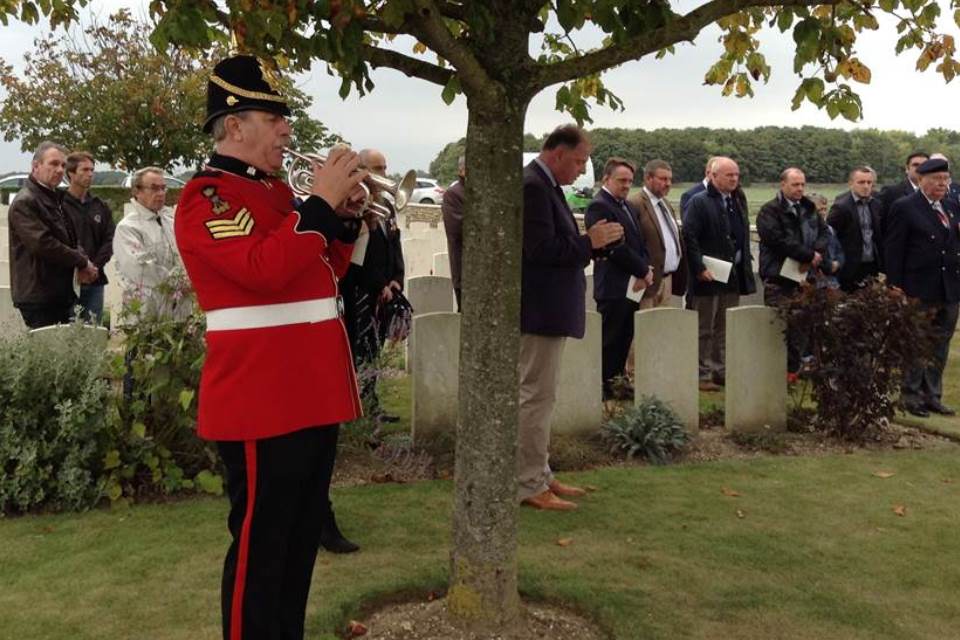 A set of remains was discovered in Auchy-Les-Mines in February 2016 and accompanying military insignia indicated they were from a WW1 casualty of the Leicestershire Regiment. A second set of remains was also discovered in the same location in June 2016 but no identifying insignia accompanied this soldier. Despite their best efforts and extensive research, the JCCC were unable to identify them.

The Leicestershire Regiment played an early role in the Battle of Loos in 1915, which was the British Expeditionary Force’s first major offensive. This part of the German line was a flat landscape well suited to defence and reputedly the strongest point was the Hohenzollern Redoubt, which was the Regiment’s objective.

One of those on the frontline was Lance-Corporal Pexton of the 1/4th Leicester Regiment who reported:


On the stroke of 12 mid-day the big guns started to roar, the 2 lines of trenches (German and English) were almost obscured by the clouds of thick oily black or yellow smoke, a cascade of earth and stones, of sandbags and rifles.
​
In spite of its initial success, the well prepared defences and counter attacks were too strong. From 1/4th Leicester Regiment all 20 Officers, and 453 other ranks were casualties, with only 188 Non-Commissioned Officers (NCOs) and men answering the roll call in the evening. In total 32 Officers and 628 other ranks were killed in what is referred to as ‘Leicester’s Darkest Day’, which is still commemorated by the Regimental Association.


We have been reminded in recent years of the sacrifice our armed forces undertake in places such as Afghanistan and Iraq, and so it is just as important that today we remember the sacrifice of soldiers who died nearly a century ago, bringing them to their final resting place.
​
Beverley Simon, from the JCCC said:


We owe a huge debt to those who fought in the Great War and we at JCCC take immense pride in ensuring all those who died in the service of their country are laid to rest with the appropriate dignity, ceremony and respect.
​
Headstones for the unknown soldiers have been provided by The CWGC, who will now care for their final resting place in perpetuity.