Hundreds of members of the Armed Forces turned out for a spectacular ceremonial welcome to the UK for the President of the People’s Republic of China today (20 October 2015).

More than 1,100 soldiers and 230 horses joined Her Majesty The Queen, Their Royal Highnesses The Duke of Edinburgh and The Duke and Duchess of Cornwall, the Prime Minister, senior members of the Cabinet, the Lord Mayor of London, the Mayor of London, and senior military personnel for events to welcome President Xi Jinping and Madame Peng Liyuan. 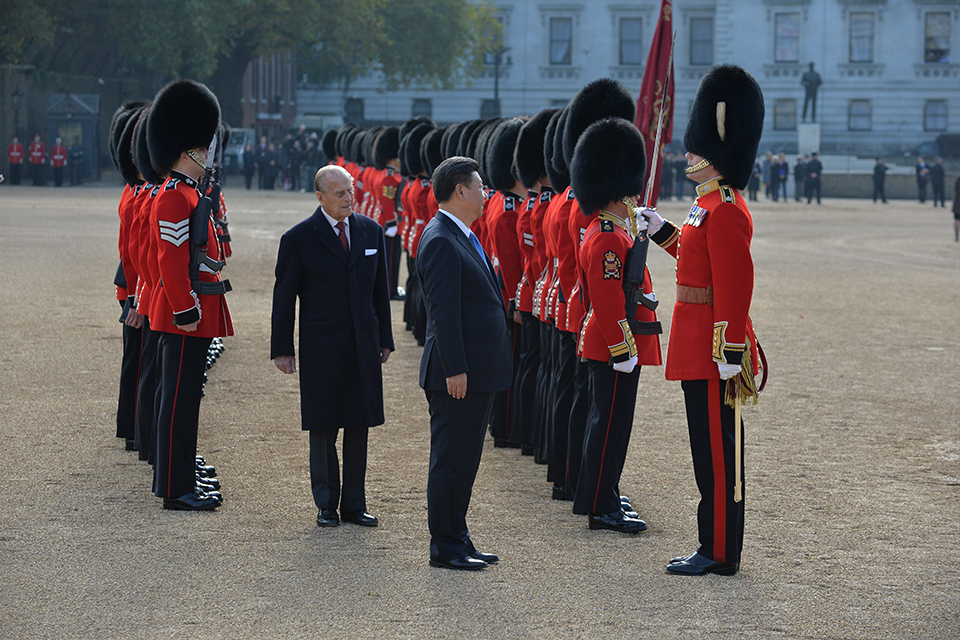 The President of the People's Republic of China inspects the Guard of Honour at Horse Guards Parade, along with His Royal Highness The Duke of Edinburgh [Picture: Sgt Rupert Frere/Crown Copyright]

Weeks of preparation went into the events in London, which involved seven military bands and ten military units.

As the President arrived through the central archway of Horse Guards onto the parade square, The Queen’s Life Guard, positioned on Whitehall, gave a salute and a trumpeter sounded. The National Anthem of the People’s Republic of China was played as the VIPs were driven onto the parade square and the Flagman raised the National Flag of the People’s Republic of China on the roof of Horse Guards.

With impeccable timing, ceremonial gun salutes were fired across London at the precise moment the President alighted from his car and placed his foot upon the first step of the Royal Pavilion at Horse Guards.

Meanwhile at the Royal Pavilion, The Captain of the Horse Guards Guard of Honour, Major Benjamin Jesty of the 1st Battalion Grenadier Guards, marched forward and presented his Guard of Honour to the Chinese President. He said to the President, in perfect Mandarin:


The Guard of Honour of 1st Battalion Grenadier Guards is present, formed up and ready for your inspection, Sir.
​
The Queen then invited the President to inspect the Guard of Honour, accompanied by The Duke of Edinburgh. All three departed from Horse Guards Parade in a carriage procession, escorted to Buckingham Palace by The Sovereign’s Escort. 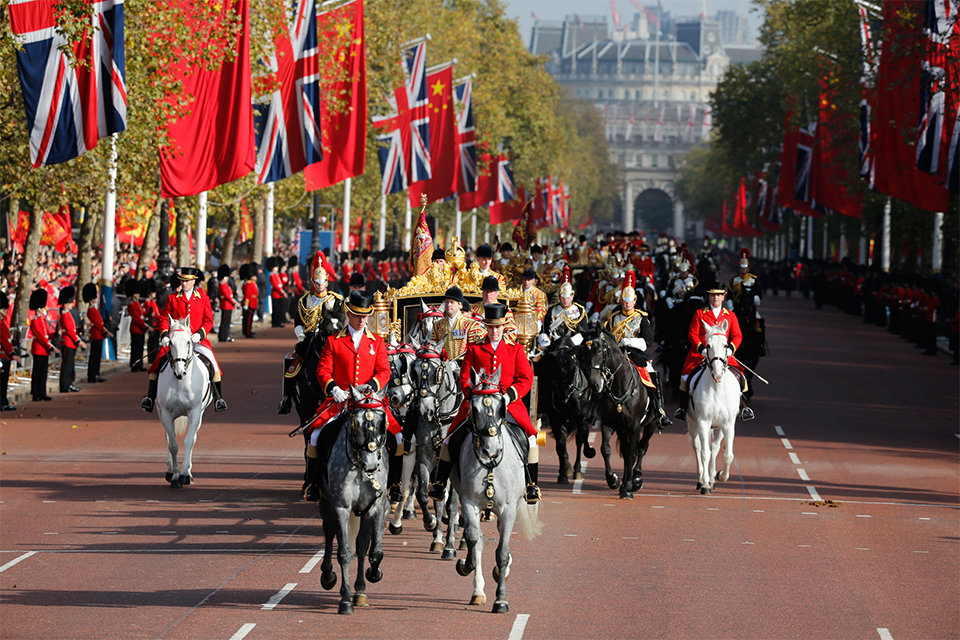 Hundreds of spectators line the route as The Queen and the President of the People's Republic of China head towards Buckingham Palace [Picture: Sgt Ross Tilly/Crown Copyright]

Along the route, The Mall was lined by troops from Nijmegen Company Grenadier Guards, Number 7 Company Coldstream Guards, F Company Scots Guards and 1st Battalion Welsh Guards. Music was played by The Band of the Scots Guards at Marlborough Road and the Band of the Irish Guards at the Duke of York Steps.

On arrival at Buckingham Palace, a Guard of Honour from 1st Battalion Welsh Guards were formed up in the Quadrangle commanded by the Captain of the Guard, Major Euan Mathieson, with musical support from The Band of the Welsh Guards.

Dismounted troopers from The Household Cavalry Mounted Regiment lined the stairs for the arrival at the Palace. 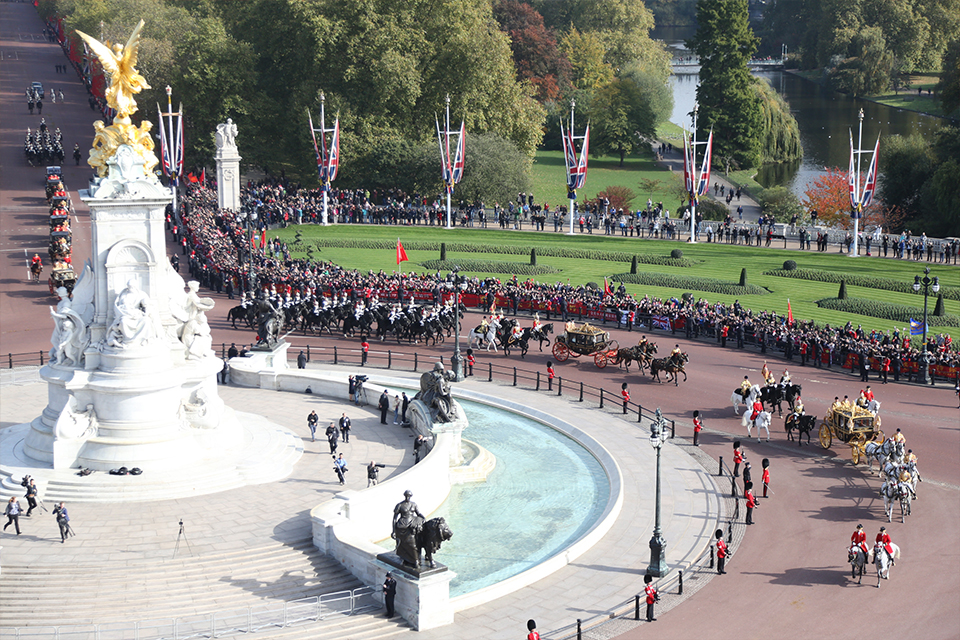 The Armed Forces will provide support for various future elements of the President’s State Visit to the UK, which is due to continue until Friday, 23 October.