Until now the submarine was owned by Defence Equipment and Support (DE&S), the MOD’s body responsible for procuring and supporting equipment for the Armed Forces.

The boat and her crew will now be added to the Royal Navy Fleet alongside the Navy’s other units. Defence Minister Philip Dunne said:


The handover of Artful to the Royal Navy is another major step in the Astute Class submarine programme, which continues to gather pace. These attack submarines will provide the Royal Navy with the most technologically advanced submarine Britain has ever sent to sea and will be a vital part of UK security for decades to come.

They are being funded by our growing Defence budget and our £178 billion investment in equipment, which is delivering the very best possible kit to our Armed Forces.
​ 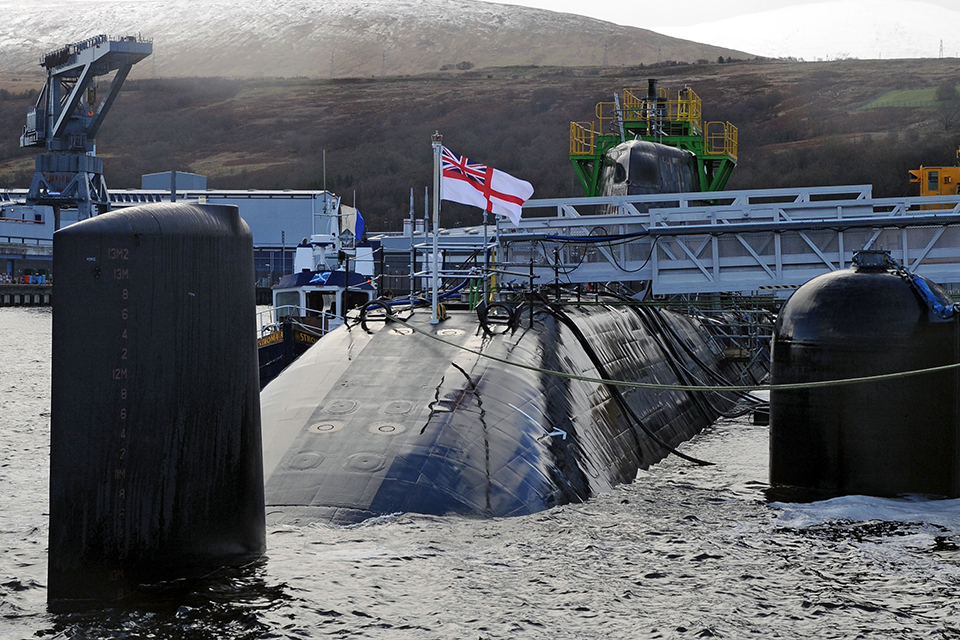 Following her hand over on Thursday 10 December, the next milestone for the boat will be an official commissioning ceremony in March 2016, where her sponsor, Lady Amanda Zambellas, will formally welcome Artful into the fleet in the home of the UK Submarine Service, HM Naval Base Clyde.


This is a really important milestone in the life of Artful as she takes her place in the Fleet under the White Ensign. I am extremely proud of my association with the submarine and look forward to her commissioning next year when I will also meet the Ship’s Company that will take her on operations around the world.
​
Since her arrival on the Clyde in August, Artful has continued her programme of Contractor Sea Trials. Most recently Rear Admiral Submarines John Weale became the first officer to be officially piped onboard the Royal Navy’s newest warship, and there was a change of command from Captain Scott Bower to Commander Stuart Armstrong.


I very much welcome Artful’s firepower, state of the art communications equipment and advanced stealth technologies into the fleet,” said Rear Admiral Weale, head of the UK Submarine Service.
​
Artful is one of seven Astute class submarines being built for the Royal Navy by BAE Systems Marine Services (BAES(MS)) in Barrow-in-Furness, Cumbria, which are progressively replacing the Trafalgar Class submarines. HMS Astute, HMS Ambush, and now Artful, are the first of the Class to be accepted by Navy Command, which is responsible for operating all of the Royal Navy’s vessels. 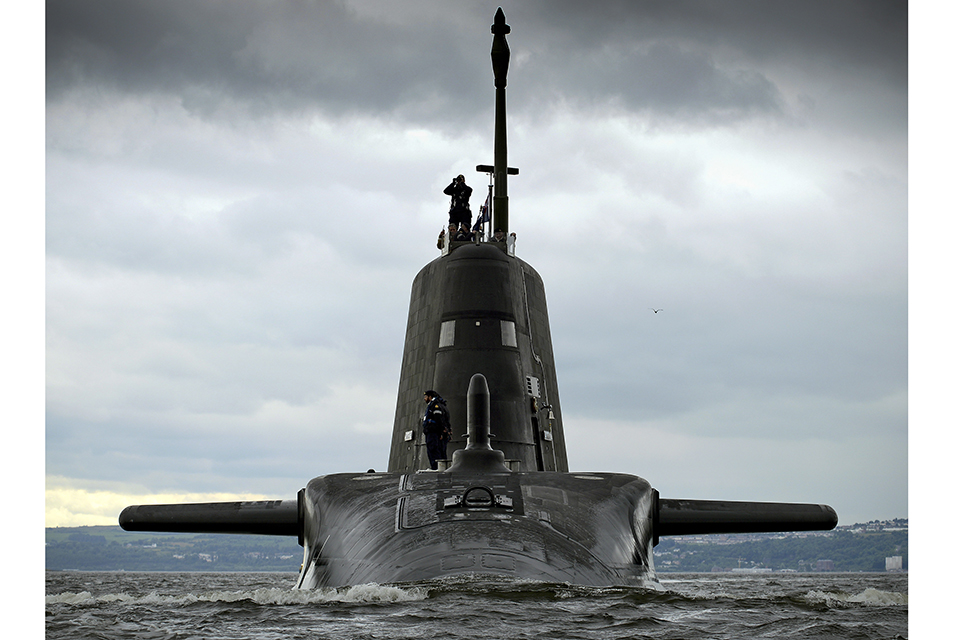 
The handover of Artful to the Royal Navy is a proud moment for DE&S reflecting a key milestone and a significant achievement in the Astute programme. It follows a number of sea trials which have successfully demonstrated the submarine’s capability and means she can now begin to prepare for operations with the Royal Navy.
​
The next two submarines in the Class, Audacious and Anson, are currently being built in Barrow, with Agamemnon and the unnamed Boat 7 to follow.

BAE Systems is responsible for delivering all seven Astute Class submarines and for the design of the successor to the Vanguard class, which will carry the UK’s nuclear deterrent, also based at HM Naval Base Clyde.