Nominations are now open for The Sun Military Awards which this year features new categories. The Armed Forces and the general public have until 10 October 2016 to put forward individuals and units for an award.

The Sun Military Awards were first held in 2008 and have been supported over the years by HRH The Prince of Wales and The Duchess of Cornwall, The Duke and Duchess of Cambridge and Prince Harry. They provide a morale boost for Service personnel and are a high profile opportunity for the public to recognise some of their excellent work and outstanding achievements.

This year’s Millies will introduce several new awards including the Inspiring Others Award – honouring individuals in the Services, as well as the Cadet Forces who have inspired others to achieve more through their awe-inspiring example. Another new category is the Innovation Award which will recognise firms or individuals who have developed game-changing or life-saving pieces of equipment that transform the work of our Armed Forces. 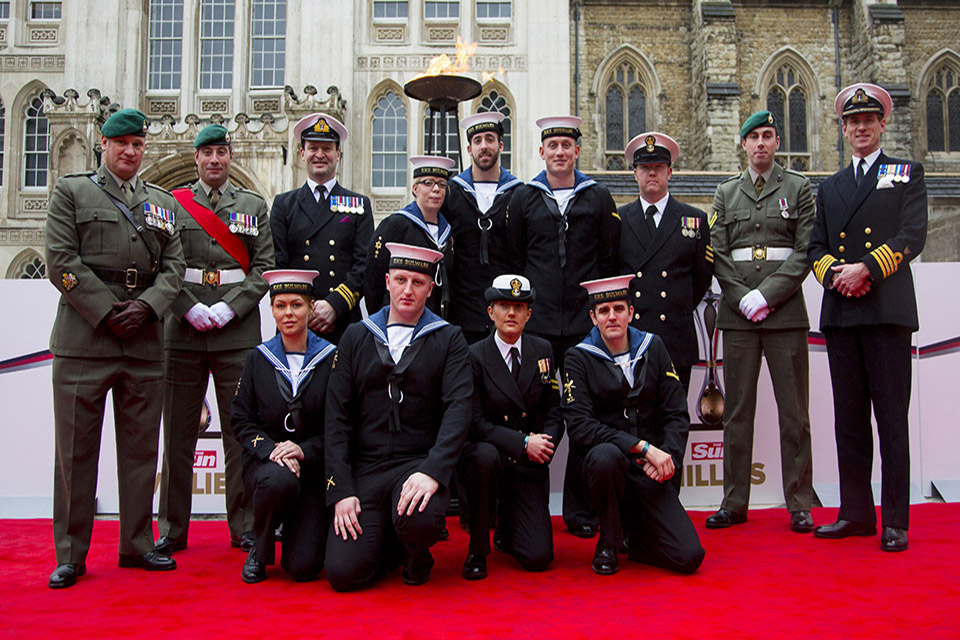 Previous winners include Most Outstanding Soldier Major Andrew Todd of the 2nd Battalion, Royal Gurkha Regiment, who rescued 116 climbers from Mount Everest during the Nepal earthquake. In the last awards, former Lance Corporal Dean Bousfield, of the Royal Army Medical Corps, took home the Overcoming Adversity Award in recognition of taking on various sporting and charity challenges despite being shot through the brain while on routine patrol in Afghanistan in 2010. His recovery astounded medical professionals, and he has since competed at the Invictus Games.


This year’s Millies will once again recognise the outstanding achievements of our Armed Forces as they continue to face new threats and tackle formidable challenges.

The last year has been no exception. Over the past 12 months we’ve seen our Servicemen and women prove exactly why we have the best Armed Forces in the world.Our commitment to our people and British interests means that our outlook has been and will continue to be truly global.
​
An awards reception will be held at the London Guildhall on 14 December 2016.

Do you know of an individual or unit that has performed with distinction between 1 Sept 2015 and 31 Aug 2016? This is your opportunity to give them the credit they deserve by visiting The Sun

Nominations will close on 10 October 2016. The ceremony will also be broadcast live on Forces TV (Sky 264, Virgin 277 and Freesat 652) and will be covered by The Sun newspaper.

The Sun Military Awards categories are: