Among the guests will be members of the Armed Forces, veterans, the next of kin of deceased personnel, representatives of military and aid charities and organisations and the UK’s NATO allies.

The service will pay tribute to members of the Armed Forces past and present who served on operations in Afghanistan, and all those in the UK who worked to make the country a safer more stable place.

It will also reflect on the 453 Servicemen and women who lost their lives during the campaign, and will include a parade through the City of London from St Paul’s to the Guildhall and a flypast. 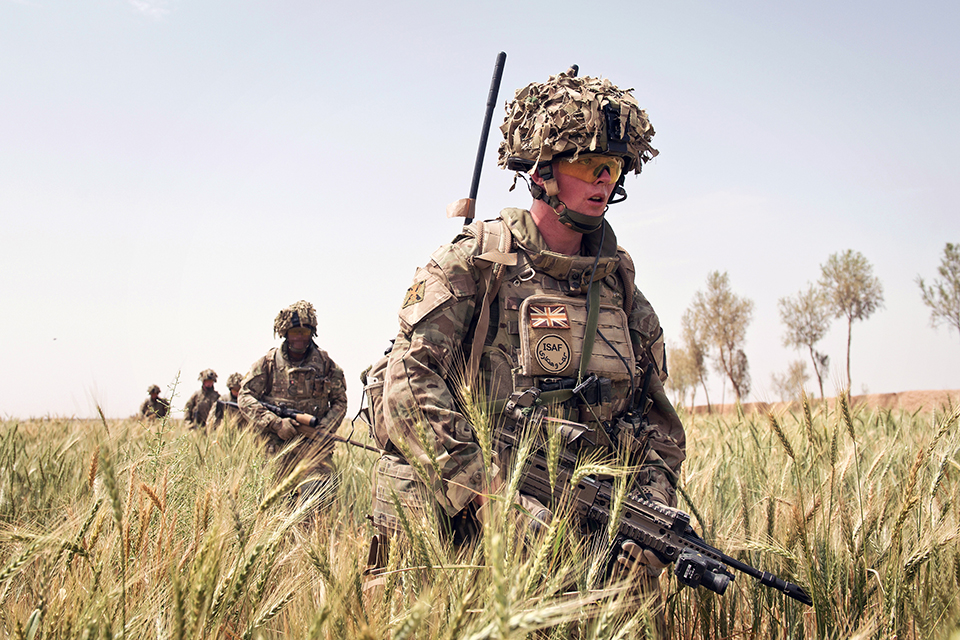 British soldiers patrol through a wheat field in Yakchal, Afghanistan, during the heat of the day. [Crown Copyright]

During the service, The Archbishop of Canterbury will bless a cross made of shell casings that adorned a memorial wall in Camp Bastion, ahead of forming part of a new Bastion Memorial Wall at the National Memorial Arboretum, which will be dedicated at a special ceremony in June.


I am delighted that so many members of the Armed Forces, veterans, and their families will be able to mark the day either at the St Paul’s service, by marching in the parade, or at one of the other services across the UK.

I hope that people across the country will join them in remembering those we have lost and recognising the extraordinary courage and dedication of all those who served. They leave a proud legacy - terrorists have been prevented from using Afghanistan as a safe haven for attacks on our streets and it is a safer and more prosperous country.
​
The Archbishop of Canterbury will give an address and an Act of Commitment to the Common Good will be led by the Bishop of London.

Following the service, The Prince of Wales will take the salute as a parade of personnel who served in Afghanistan from the Royal Navy and Royal Marines, the Army and the Royal Air Force, and veterans, supported by military bands and Pipes and Drums will make their way from St Paul’s Cathedral.

A flypast of aircraft used in the campaign, including Chinook, Apache and Sea King helicopters, and Hercules and Tornado aircraft will take place over the parade and the Cathedral in tribute. 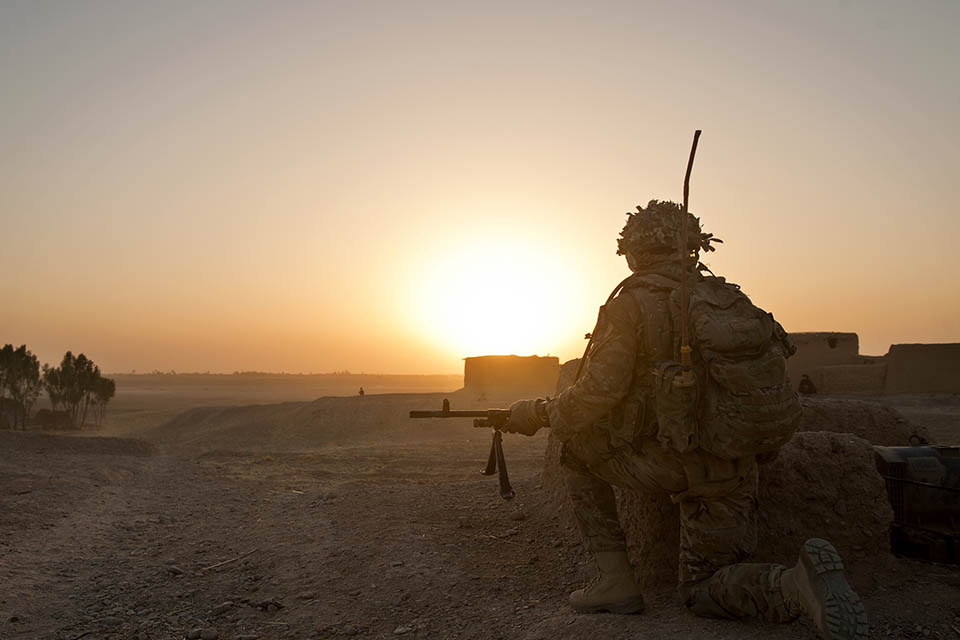 A soldier of 5 RIFLES kneels near the end of a patrol in Helmand, Afghanistan. [Crown Copyright]

Receptions will then be held at Guildhall hosted by the City of London Corporation, the Honourable Artillery Company and Wellington Barracks attended by Members of The Royal Family, those who attended the service and those who took part in the parade.

The Ministry of Defence, in partnership with The Royal British Legion, is also inviting Armed Forces veterans who served in Afghanistan across the UK to apply to take part in the parade. Those who parade will be invited to the subsequent receptions. For details on how to apply please visit [The Royal British Legion website (www.britishlegion.org.uk/afghanistan).

The service at St Paul’s Cathedral and the parade will be broadcast live on BBC One from 10.30 on the day.

Members of the public will be able to watch the parade and from next week can visit the City of London police website for more information including timings and a map of the route.