News story: The Queen and the Duke of Edinburgh meet Headley Court heroes

Ministry of Defence said:
The Queen and the Duke toured the rehabilitation facilities, including the Waterloo Gym, where they watched patients taking part in gait re-education, group therapy, circuit sessions and prosthetic activity.
After seeing the hydrotherapy pool, the royal party were escorted to the Peter Long Unit where they met the patients and dedicated nursing staff who do so much to help their rehabilitation.
After meeting the patients, Her Majesty was invited by the Commanding Officer, Group Captain Clare Walton, to officially open the newly-refurbished Peter Long Unit, named after a Headley Court consultant who died in 2001. 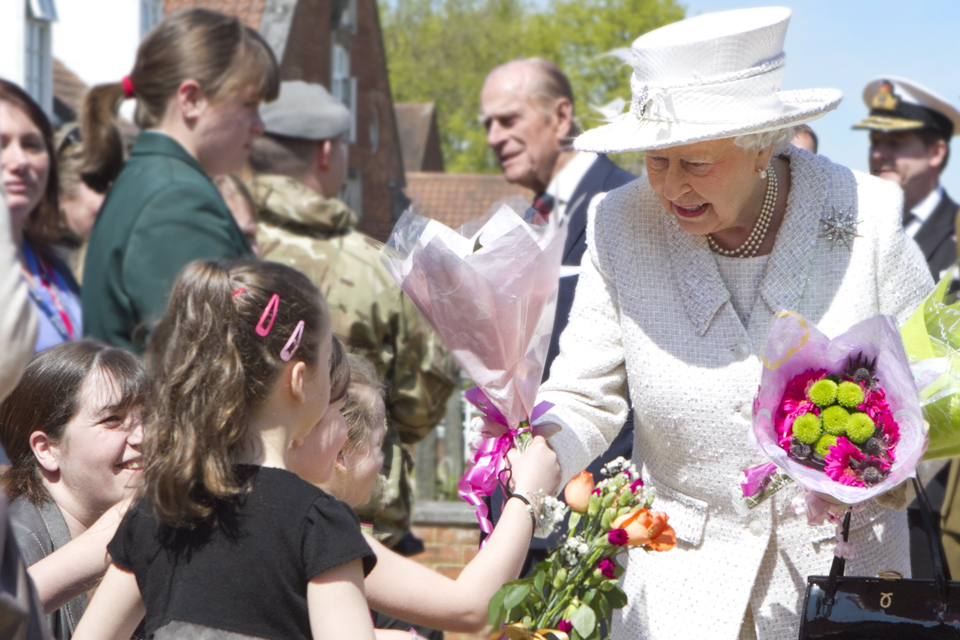 Her Majesty The Queen accepts a posy after leaving the rehabilitation buildings [Picture: Senior Aircraftman Tommy Axford, Crown copyright]Captain Nick Beighton lost both legs in an improvised explosive device blast in Helmand in 2009 but despite his grave injuries went on to compete in the London 2012 Olympic Games in the double sculls.
He spoke to Prince Philip and said:

It’s a real honour to host the Queen here. She’s our monarch and we all fight in the Armed Forces under her banner. It’s great that she’s supporting all the work the staff do.
​
On leaving the rehabilitation buildings the Queen received posies from local children before entering the Officers’ Mess where she signed the visitors’ book and posed for a group photo before a private lunch. 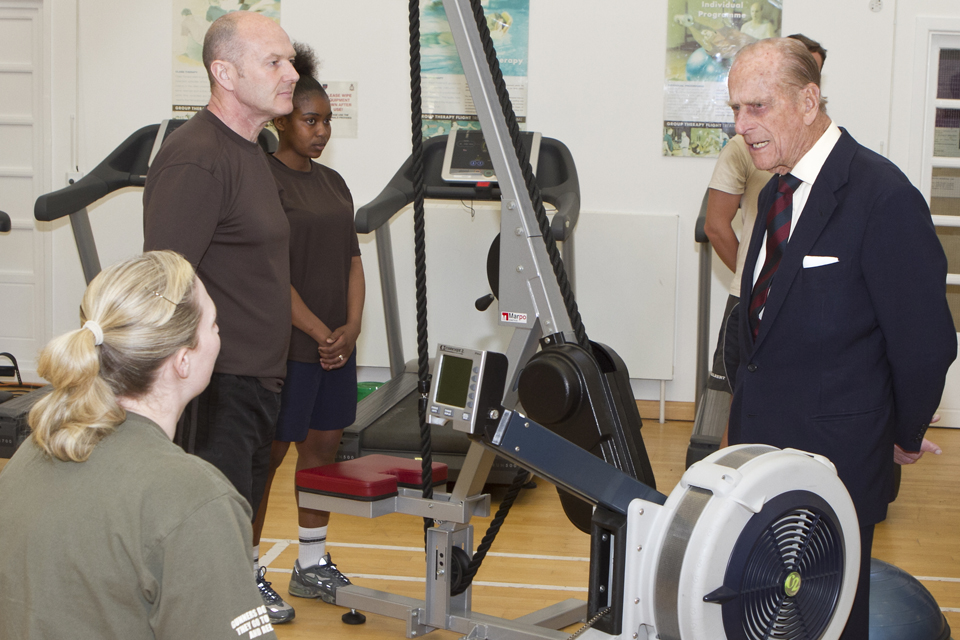 It has been a tremendous privilege for Headley Court to host Her Majesty The Queen and the Duke of Edinburgh and to show them some of the important work undertaken by my staff.
The Queen’s visit was also very much appreciated by the many patients she met, particularly our more seriously wounded; having the opportunity to meet the Head of the Armed Forces was a great honour.
​
The Defence Medical Rehabilitation Centre is the premier facility for the rehabilitation of injured Service personnel.