News story: The Dambusters in 2016: from Lancaster to Lightning

On the night of 16 May 1943 Wing Commander Guy Gibson led his men on the famous dams raid, using brand new techniques and equipment whilst flying specially modified Lancaster bomber aircraft. Now his 21st century successor looks forward to continuing that legacy of innovation as his team trains to fly the state of the art fifth generation fighter jet.


Gibson and his men flew at very low level to the target, with limited enemy awareness of what they were doing. When I flew the Harrier, much of our training was at low level preparing us to avoid enemy radars by hiding in the terrain. The F-35B Lightning uses stealth technology to hide from enemy radar systems, effectively making the aircraft invisible. This is a significant tactical advantage as an enemy cannot fight what he cannot see.
​ 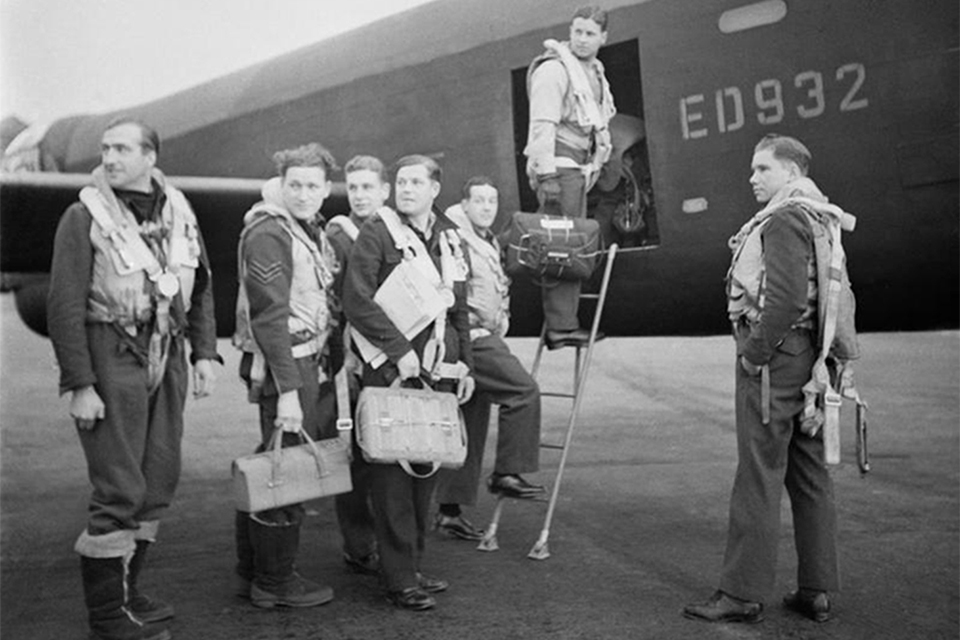 In 1943 Gibson’s Lancasters had VHF radio telephones installed so that he could have direct speech communication with all of the aircraft. This was unusual for bomber aircraft at that time, but it was essential for him to co-ordinate the mission. Today in the F-35B Lightning we have a datalink that automatically shares information between pilots in real time, without even the need for voice communications. It’s a little like all of us using smart phones at the same time, we all see the same information on the same apps. It’s similar to the way your smart phone picks dates and times out of your emails and puts them in your calendar.
​ 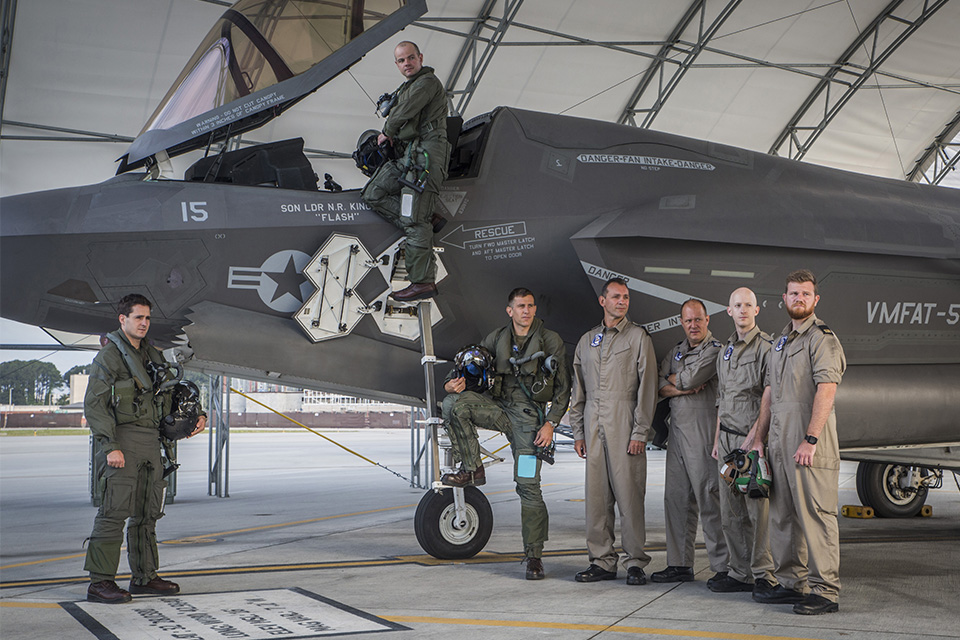 We work alongside the US Marines flying the jets and training pilots and maintainers every day. We’ve been working with our US partners since the beginning of the F-35 programme and we continue to develop the capabilities of the aircraft together. We work very closely with the US Air Force, US Navy, US Marine Corps and other international partners in making decisions on the programme; the relationships really couldn’t be better.
​ 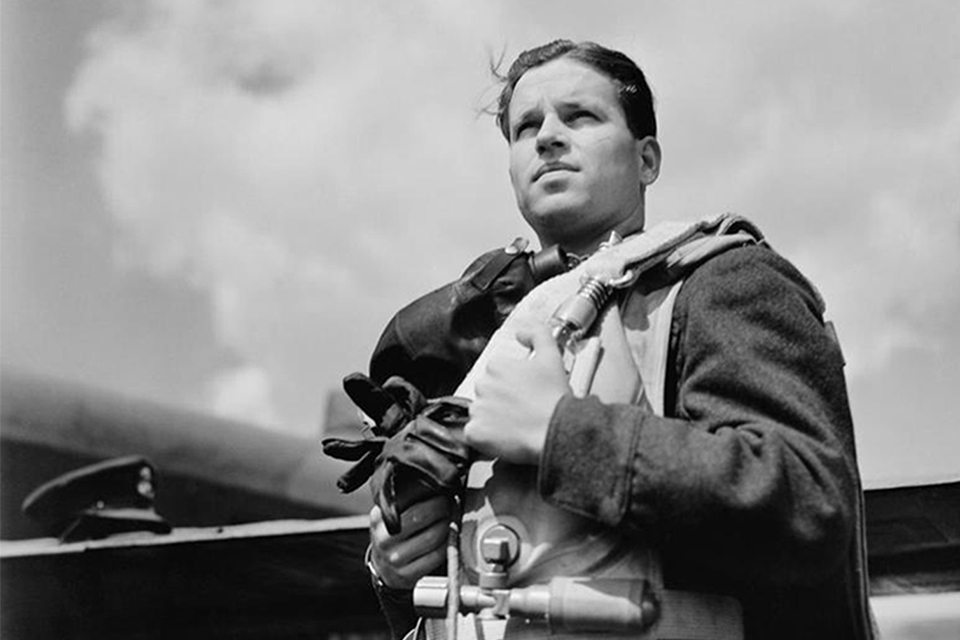 Leading 617 Squadron as it starts this new chapter in its history is a huge privilege. If I could show Gibson around the F-35B Lightning and introduce him to the team, I hope he would feel the same spirit and determination that he created in 1943. I also think he would be very happy to see the Squadron once again re-forming for a very special purpose, staying true to the heritage of being at the cutting edge of aviation; I think he would like that.
​ 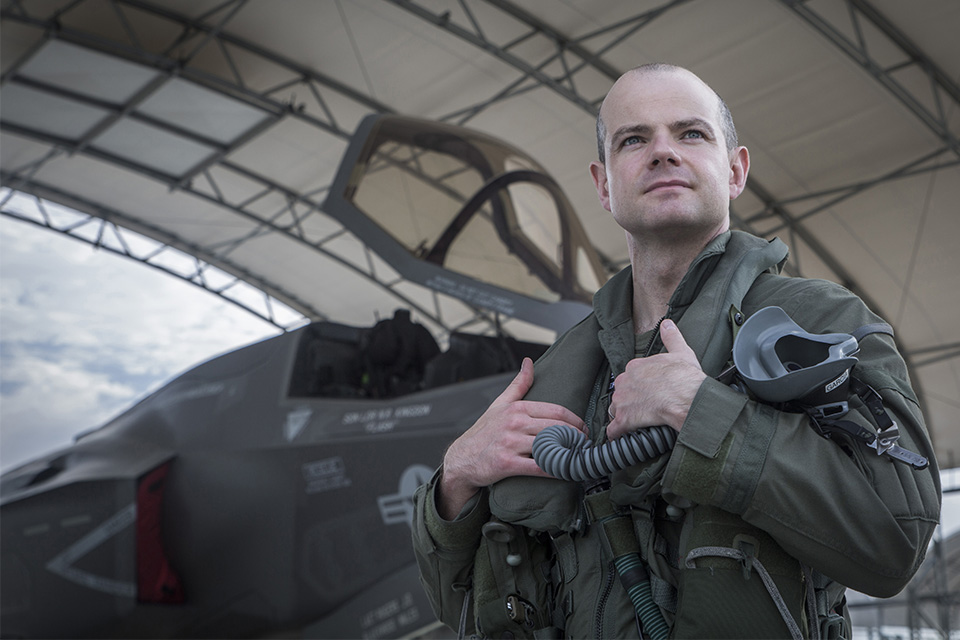 The Dambusters of 1943 were crews of British, Canadian, Australian, New Zealand and American personnel. The new 617 Squadron will be a combined team of Royal Navy and RAF personnel who will fly from both land and sea, based from RAF Marham and deployed periodically on the Queen Elizabeth Class Carriers. They will return to the UK in 2018 from their current training base of United States Marine Corps Air Station Beaufort in South Carolina, USA.