The Battle of Amiens was a major engagement in the First World War. The battle heralded the Hundred Days Offensive, a string of allied successes on the Western Front which led to the signing of the armistice on 11 November 1918.

More than 19,000 allied soldiers were killed or injured in the 3 day battle as the First World War approached its final chapter.

The commemorative event at Amiens Cathedral was attended by Prince William, Duke of Cambridge, the Prime Minister, Theresa May, Minister for the Armed Forces Mark Lancaster and Chief of the Defence Staff, General Sir Nick Carter. The event featured a Guard of Honour by The Royal Anglian Regiment and music by The Central Band of the Royal Air Force. 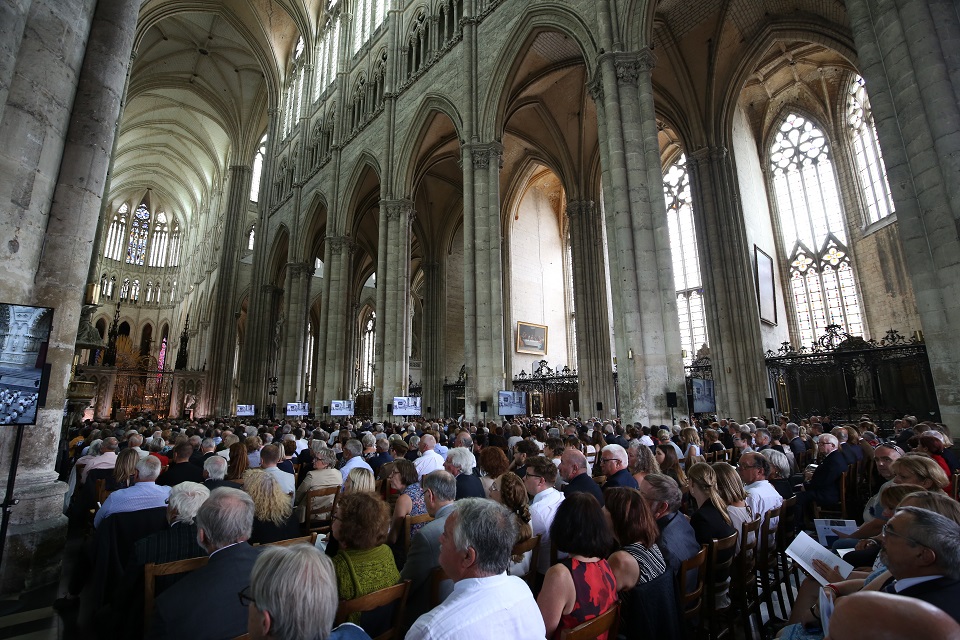 The commemorative event at Amiens Cathedral was attended by Prince William, Duke of Cambridge, the Prime Minister, Theresa May, Minister for the Armed Forces Mark Lancaster and Chief of the Defence Staff, General Sir Nick Carter. MOD Crown Copyright.

The milestone is the final major commemoration event before the centenary of Armistice Day in November. Minister for the Armed Forces Mark Lancaster said:


It is an honour to be here on the anniversary of one of the most important battles in British history. This anniversary gives us a chance to reflect on the sacrifice and the achievements of British and Commonwealth troops and our allies who fought a century ago. The nations represented here today remain close allies, demonstrating that the legacy of our First World War partnerships continue in today’s armed forces.
​
Chief of the Defence Staff General Sir Nick Carter said:


The Battle of Amiens marked the beginning of the end of the First World War. It was a remarkable achievement over the course of the war to expand the military, moulding a new citizen-based force into a very accomplished fighting force, against a backdrop of rapid technological change.

As I proudly stand in Amiens Cathedral, I shall be reflecting on the importance of allies and partners then and now, and the enduring requirement to experiment with new technology and tactics to determine how we can best employ it without waiting for the catalyst of war. But above all I shall reflect upon the fighting spirit and courage of those remarkable men and women who serve our country.
​
The event held in France at Amiens Cathedral was organised by the Department of Digital, Culture, Media and Sport and was held in partnership with allied governments. During the event, The Central Band of the Royal Air Force led a multinational band comprising musicians from the United Kingdom, United States, Australia, France, Canada and Germany.