Inspector Anne Turner, a training manager in the Ministry of Defence Police (MDP) Operational Capability Centre in Scotland, was presented with a Special Recognition Award by the British Association for Women in Policing (BAWP) at their awards ceremony in June. There were 247 nominees for the awards from 34 forces.

Sponsored by Deloitte, Anne’s award category was open to male and female nominees, either within policing or in partnership with the community who have made ‘a significant contribution to gender equality or service to females’. 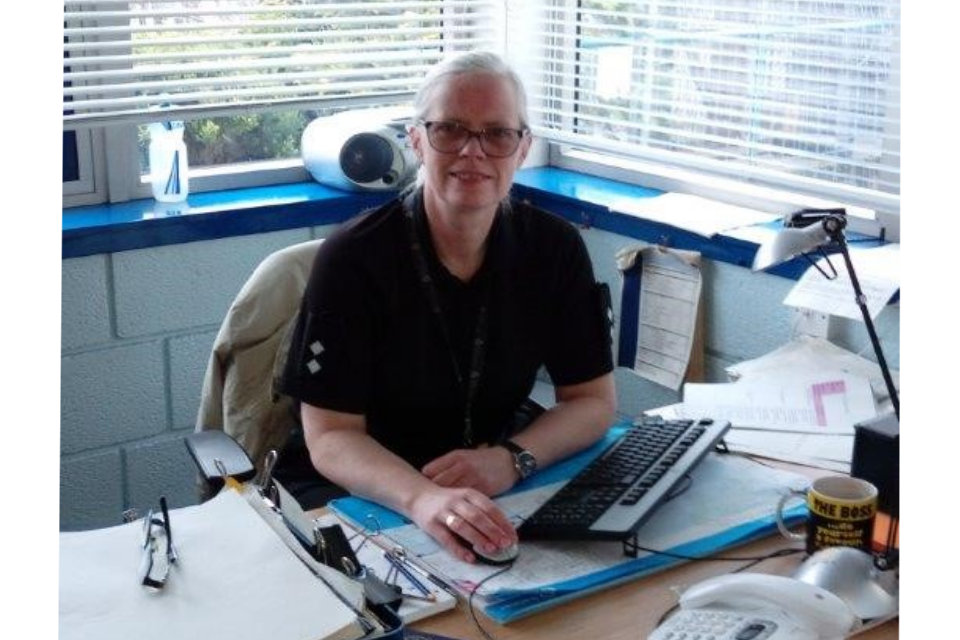 A normal day for Anne in the office.

Anne was nominated for her dedication and commitment to MDP training (and in particular police firearms training) throughout her career, and more specifically for the work she has done to support female officers. Anne has always been viewed as a role model by her female colleagues in the MDP and says that:


Being the first female firearms instructor was a proud achievement for me, and let me show other females they too could push themselves into any career path they wished.

When I was contacted by the BAWP to tell me of my award I was dumbfounded. I never think of myself as doing anything special, I just get on with a job I enjoy and help others where I can. When I heard the stories behind the others who had been nominated for awards I felt privileged to be considered in the same group, but I think all of us felt the same. We were just doing our job and if there is one thing that this award has taught me it is to do just that. Do what you can to support others whenever the chance arises because it’s amazing the difference it can make to everyone, as well as making you feel good about yourself.
​
Continue reading...
You must log in or register to reply here.

News story: Andy Adams appointed as the Chief Constable of the Ministry of Defence Police