Held at the Defence Fire Training and Development Centre in Manston, Kent, the week-long course for one of our key NATO partners included learning incident command techniques and aircraft firefighting tactics.

A mixture of British military fire safety personnel and MOD civilian experts provided the training, which is needed because the UK and its NATO partners often land aircraft in Slovakia.


In Slovakia we don’t have the these kind of facilities, so when the opportunity came up to come to the UK we took it. This is a big experience for us and a chance to improve our skills, it is very beneficial for us. We will be able to pass on the skills we have picked up her to our colleagues back home.
​
The training included classroom and live firefighting exercises which featured a variety of retired RAF aircraft donated to the facility including a Nimrod, Tornado, Harrier Jump Jet, Jaguar, Sea King and Lynx helicopters. 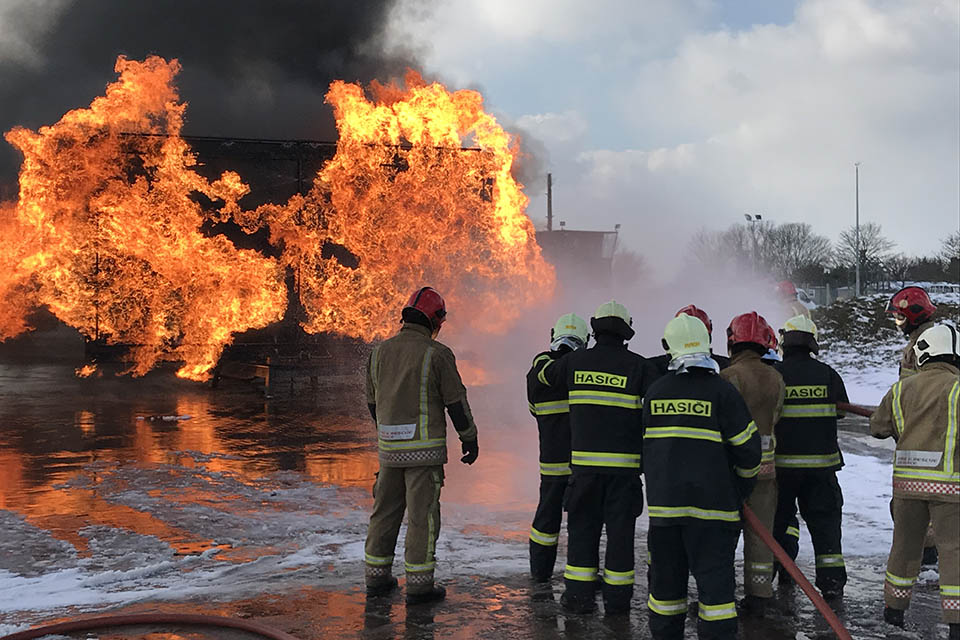 The training area also featured fire simulators such as a “fire wall” and one that is shaped like a large aircraft with seats inside, which can be used to mimic aircraft such as a C-17 Globemaster.

The Defence Fire Risk Management facility at Manston is used for training firefighters across all three services, with more than 3,000 people passing through its doors every year.


We are delighted to have them here. With many British C-17 aircraft landing in Slovakia as part of NATO, the offer of training was extended. Our facilities replicate realistic fire conditions.

The Slovakians loved every minute of what has been a busy and interesting week. They have learnt quickly and are very energetic. They are very, very good firefighters.
​
It is hoped that this course, the first time that the Slovakians have done this training in the UK, will lead to further opportunities for fire safety personnel from their country to come to Manston. 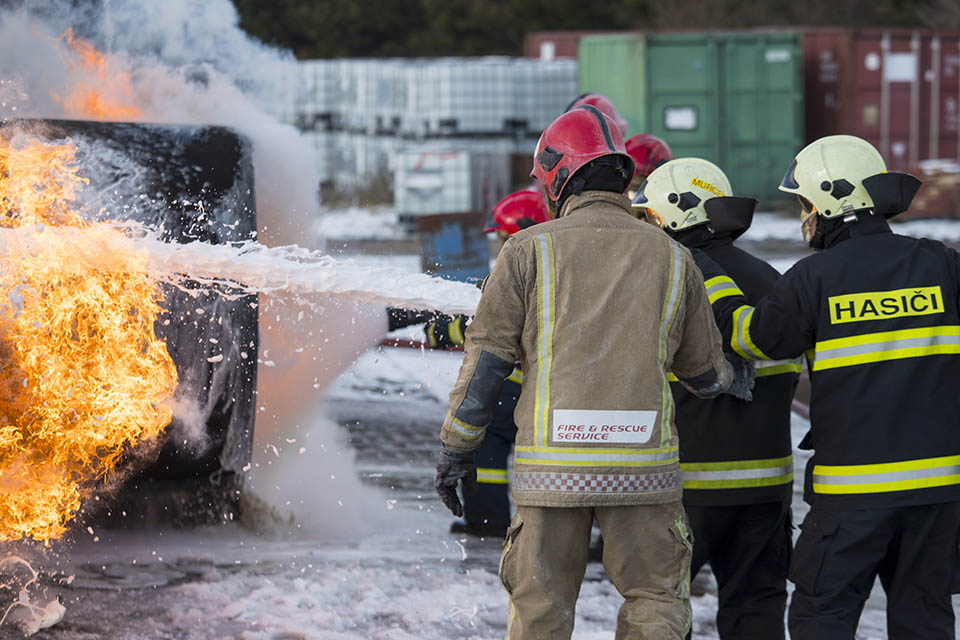 The UK and Slovakia have longstanding ties, as evidenced most recently in February, when Air Vice Marshal Edward Stringer represented the UK at the funeral service of Major-General Ivan Otto Schwarz, the last surviving veteran of the Second World War Czechoslovak Squadron.

And in September 2017, the Chief of Defence Staff Sir Stuart Peach visited Slovakia to reaffirm the strong bilateral defence and security relationship that our two countries share.