Today, 20 April 2016, Gunners Joseph William Rowbottom and Albert William Venus along with the remains of 4 other unknown soldiers of the Great War were laid to rest more than 100 years after they were killed in action.

Research pinpointed the 2nd Northumbrian Brigade Royal Field Artillery to this area on 24 May 1915. Only Gunners Venus and Rowbottom were positively identified following extensive research. Both were killed in action on 24 May 1915 on the first day of the Battle of Bellewaarde Ridge. 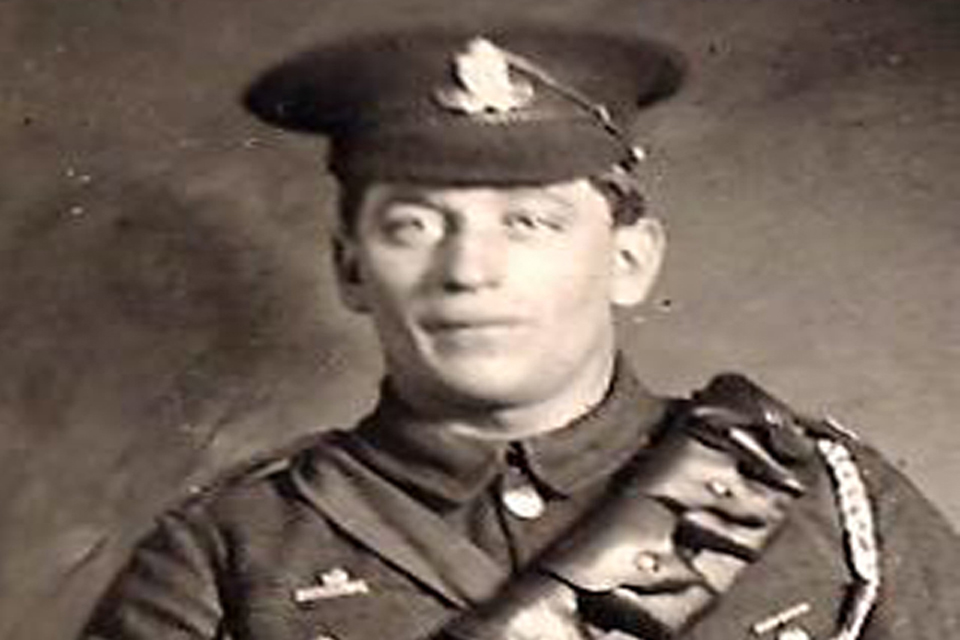 Albert enlisted in the 2nd Northumbrian Brigade in December 1914 and joined the first line Hull Batteries to complete his training as a Gunner.

He was the seventh of a family of 12 children from his father’s second marriage. In spite of the number of children, the family was relatively prosperous by late Victorian society standards. His father, Alfred, was a successful merchant transporting coal by barge along the canals from South Yorkshire to Humberside and by the 1890s owned his own barge.

Albert made his own contribution to the family by signing up for a five year indentured apprenticeship with the trawler fleet of Kelsall Brothers & Beeching Ltd in January 1909. However, he did not complete his apprenticeship, instead working his passage to Canada, where he remained for three years before returning to Hull.

One of Albert’s younger brothers, Herbert, was also killed in action on 31 May 1916 during the Battle of Jutland. Herbert died along with the entire complement of a crew of more than eight hundred men when the magazine of their ship, HMS Black Prince, was hit by a German shell that caused a catastrophic explosion.


The whole family is overwhelmed. The service was poignant and a fitting tribute to Albert and his comrades who died in the Great War. We now have a new family member to remember and we will make sure the memory of Albert never goes away.
​
Gunner Joseph Rowbottom was born on 4 October 1887 in the small village of Wrawby two miles east of Glandford Brigg, North Lincolnshire. His father, Frederick, was employed as a labourer by the municipal Corporation before the family moved to Scarborough in the early 1900s where he became an insurance agent after running a grocery store.

Joseph was the eldest child of the family and had 2 younger sisters. After finishing school he eventually became a ‘dairyman’ trading on his own account. It was this occupation that earned him the nickname of ‘Milky Joe’ according to the various references made to him in the local press following the announcement of his death.

Within 3 days of the outbreak of the war, Joseph enlisted. He completed the formalities of attestation on 10 August 1914 and was formally ‘embodied’ in the North Riding Battery. Little more than a month after enlisting in the Territorial Force, Joseph signed the Imperial Service Obligation volunteering for service overseas during what was described as the current ‘National Emergency’. This enabled him to become part of the first line Batteries of the Northumbrian Brigade ready for deployment in France and Flanders.

The death of Joseph on 24 May 1915 was not the only tragedy to befall the family. His youngest sister, Phyllis married in 1915 and eventually moved to Motherwell. Phyllis and her husband both died within hours of each other in the early hours of 5th February 1919 of the ‘Spanish Flu’. Their infant son and only child, Philip, succumbed little more than three weeks later to the same illness.


We would like to thank everyone at the Joint Casualty and Compassionate Centre and the Ministry of Defence for their kind assistance in researching the family tree to inform us of the discovery of his remains. We are most grateful for the arrangements made for the military burial and the lasting memorial at the Ypres Town Cemetery Extension.
​ 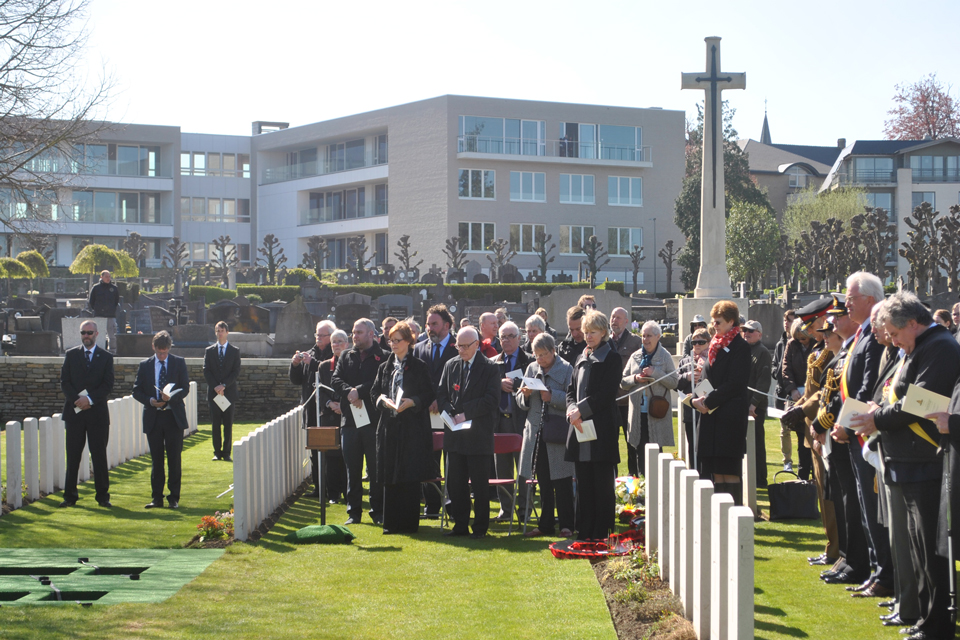 The families of Venus and Rowbottom attend service. © Crown Copyright. All rights reserved

Both Albert and Joseph saw action with the Northumbrian Division with all four Northumbrian artillery Brigades and their ammunition column concentrated at Steenvoorde. They went into action the following day at Ypress (Ypres), fighting the Battle of St Julian from 24 April to 3 May 1915, the Battle of Frezenberg Ridge from 11 to 13 May and the Battle of Bellewaarde Ridge on 24 and 25 May 1915.

Beverley Simon of the Joint Casualty and Compassionate Centre said:


We are honoured that we are able to give these soldiers a fitting burial so many years after they gave their lives for Britain. We are especially delighted that we were able to trace Albert’s and Joseph’s families so they could be part of this very special occasion.
​
Her Majesty’s ambassador to Belgium, Miss Alison Rose who attended the service said that it was a fitting reminder of the sacrifice so many made, many of who are unknown and praised the work of the JCCC in being able to give them a proper burial and to bring the families together after so many years.