More than 20,000 items, ranging from shoes to sea mines, have been found during the dredging of the approach to the Harbour, many dating back several centuries.

The Defence Infrastructure Organisation (DIO) awarded a contract to Boskalis Westminster to make room for the 65,000-tonne HMS Queen Elizabeth Carrier and her sister ship Prince of Wales two years ago. 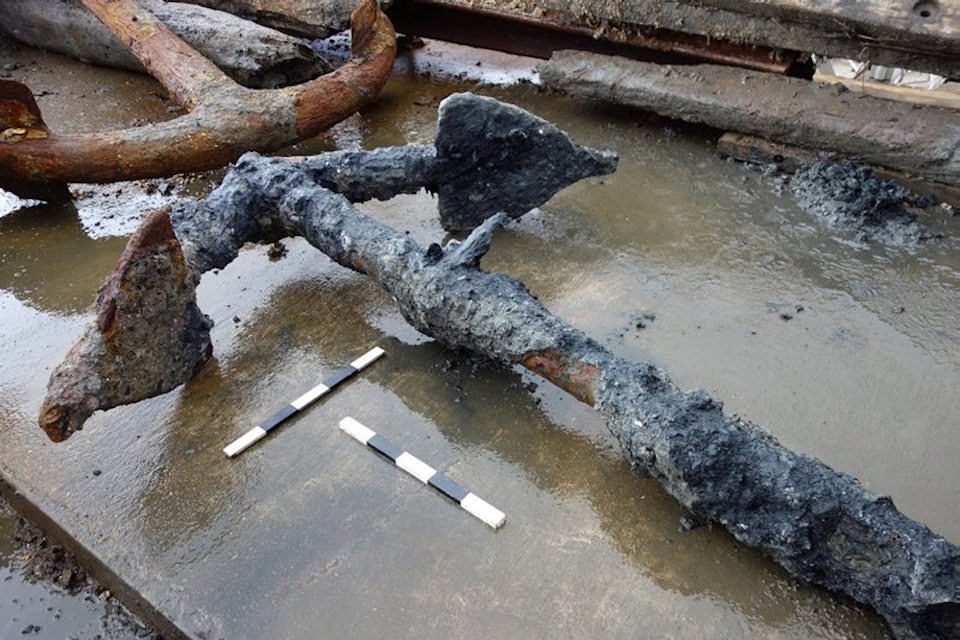 20,000 items have been found in Portsmouth harbour, including 36 anchors.

Since then, specialist dredging vessels have been at work, removing 3,200,000 cubic metres of sediment – the equivalent to 12,800 Olympic swimming pools.


Upgrading the future home of HMS Queen Elizabeth is another completed step in the carrier’s journey to becoming the nation’s flagship, ready to operate around the world and help keep us safe in a world of intensifying threats.

The work to prepare for our naval future has unearthed objects from our naval past which are part of Portsmouth’s proud maritime history. More than £100 million has been invested in Portsmouth’s naval base to ensure that it is ready for the state of the art Queen Elizabeth class aircraft carriers.
​
The wealth of artefacts uncovered, include eight cannons, an aircraft engine, 36 anchors and a human skull which was passed to the local police.

There was an arsenal of old ordnance too, ranging from bullets and cannonballs to a British torpedo. A German sea mine and five large bombs were found, before being made safe by the Royal Navy’s Explosive Ordnance Disposal team. 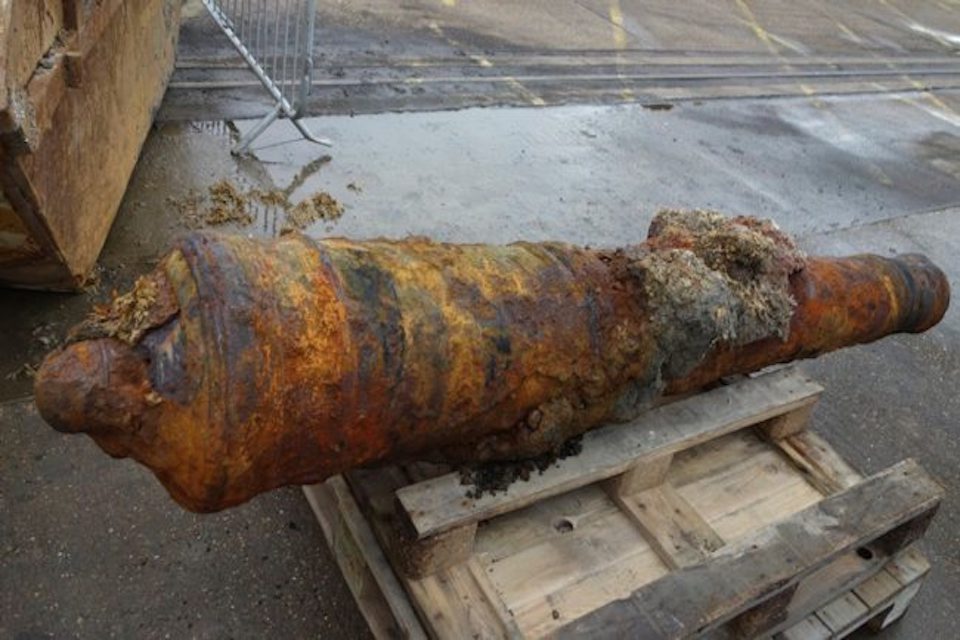 Among some of the artefacts unearthed were eight cannons.

Elsewhere the dredging uncovered bottles, plates, ceramics and shoes which probably belonged to sailors. They have been passed to the project’s archaeologists at Wessex Archaeology for study.

Portsmouth now awaits the upcoming arrival of the HMS Queen Elizabeth. Find out more about the nation’s new flagship.


We’re delighted with the successful completion of the dredging work. It marks the conclusion of DIO’s £100m infrastructure project to ready Portsmouth for the forthcoming arrival of HMS Queen Elizabeth, of which the dredge was only part. We look forward to welcoming HMS Queen Elizabeth to her new homeport.
​
Capt Iain Greenlees, Head of Infrastructure at Her Majesty’s Naval Base Portsmouth, said:


The dredging was the culmination of twelve years work monitoring the seabed environment around the harbour and unearthed a huge array of items, some of which may be historically significant, and underlines again Portsmouth’s long maritime history.


I am grateful for the patience of all harbour users and those who live and work around the waterfront during this challenging project.

Completion of the dredge is the final critical step in a wide range of activities preparing for HMS Queen Elizabeth’s arrival later this year and the base is now ready to support the nation’s future flagship.
​
Gerrit Jan van den Bosch, Project Manager for Boskalis Westminster, said:


The Boskalis Westminster team is proud of the challenging dredging project that has been safely completed prior to the arrival of the HMS Queen Elizabeth. With good cooperation and involvement from the Navy, DIO and other parties we look back on a successful project.
​
Although the main dredging work has now completed there will be an on-going need to remove new material that naturally settles in the channel over time. This will be achieved by maintenance dredging on a yearly basis.

I did wonder where all those anchors had gone.

<<...The wealth of artefacts uncovered, include...a human skull which was passed to the local police...>>

As the crabs will have gnawed it clean perhaps the Crabb family would now like it returned...