Crew members of 514 Squadron based at RAF Waterbeach, Cambridgeshire who died when their aircraft crashed killing all 7 onboard were honoured in a service of commemoration on Friday 28 April 2017 at Heverlee War Cemetery, Vlaams-Brabant, Belgium. 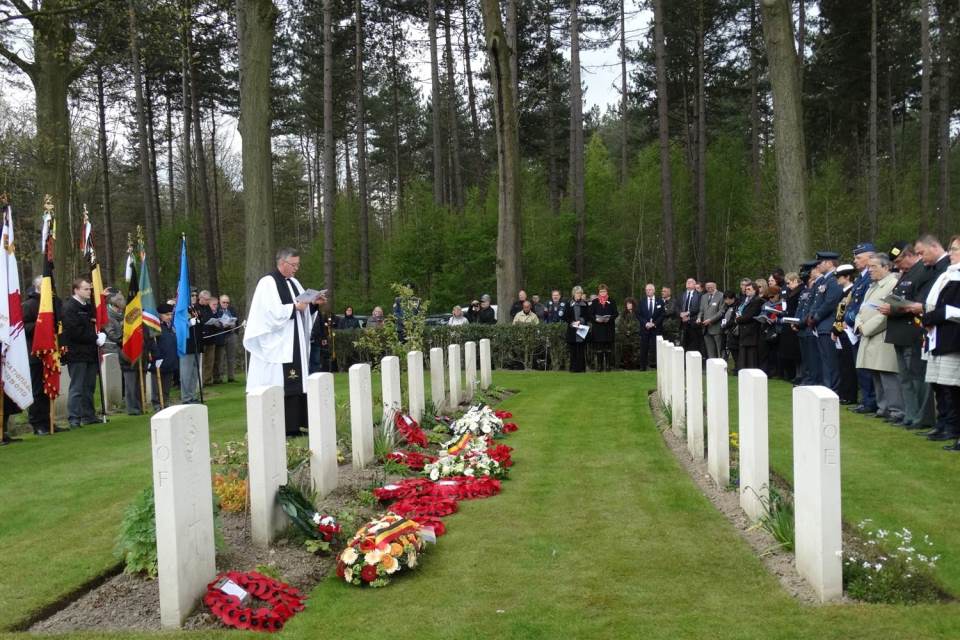 The service, organised by the MOD’s Joint Casualty and Compassionate Centre (JCCC), part of Defence Business Services was conducted by the Reverend (Wing Commander) Ashley Mitchell RAF and supported by RAF Defence Staff based in Belgium. The ceremony was attended by British and Australian Defence Staff, 514 Squadron representatives and local dignitaries. 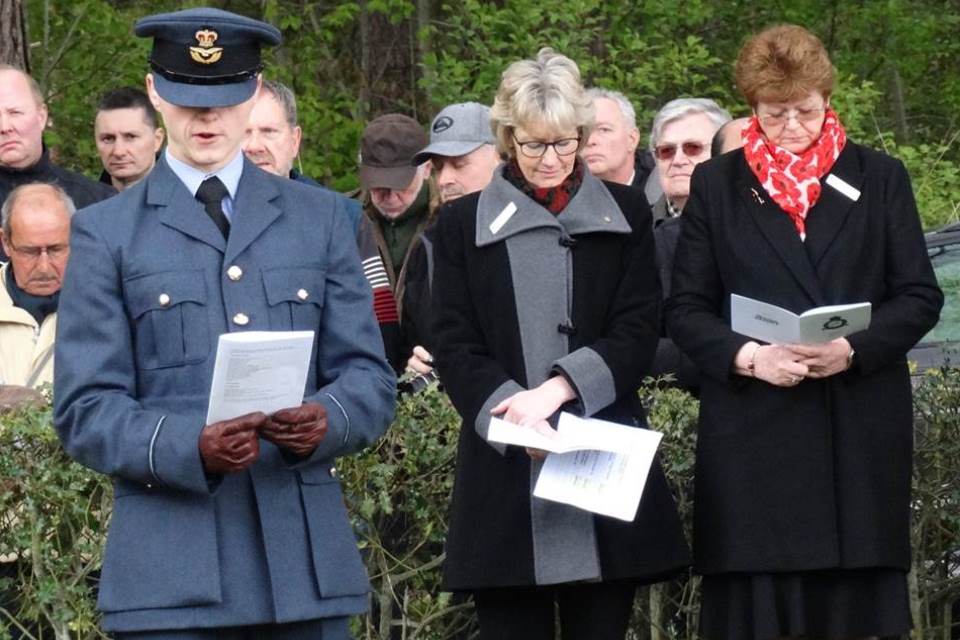 
It has been a tremendous privilege for the JCCC to have organised this service of commemoration for the 7 crew members of Lancaster NN775 and to ensure that the appropriate level of dignity, ceremony and respect has been afforded.


We are especially delighted that so many of the crew’s families were able to attend the service, some from as far afield as the USA.
​
On 5 March 1945, the crew members of Lancaster NN775 took off from RAF Waterbeach for a raid on Gelsenkirchen, Belgium. While flying near Tirlemont, the aircraft suddenly went into a dive from which the pilot was unable to recover. All of the crew were buried together in a collective grave in Heverlee War Cemetery in Belgium.

The crew members remembered were:

Families of all of the crew were traced and 17 family members were present at the ceremony with wreaths being laid on behalf of all 7 crew by each of the respective families. Amongst the relatives who paid their respects included the niece of Sergeant Herbert Thomas (Joe), Paulette Thomas, who had travelled with her family from the USA to attend the ceremony. Joe’s family were originally from Cuba but migrated to Jamaica. As Jamaica was under British rule in 1945, Joe was listed as a UK national.


My uncle died long before my siblings and I were born but his essence was deep rooted in our family. It is awesome that there is a family thousands of miles across the ocean who knew him and can share with us memories and pictures of him. We honour his service and are proud to call him family.
​
Jeff Temple, nephew of Sergeant Sidney Smith said:


Our uncle Sidney was the Navigator on Lancaster NN775. My sister Susan and I were raised with Sidney very much present, with his photograph on the mantelpiece and our mother telling us stories of him fighting extremism. He was our hero, and gone, but not forgotten.


The excavation and the present commemoration have brought him to life for us, and we thank everyone involved for the opportunity to pay our respects to this young man, and indeed to all the crew. These young men are heroes to each of us, and remind us of our duty to continue with this fight for tolerance.
​
Continue reading...
You must log in or register to reply here.