Ministry of Defence said:
Organised by the United States Army, the Sandhurst Cup takes the form of an arduous military skills competition where the teams have to complete assault courses, shooting contests and military knowledge tests.
The Royal Military Academy Sandhurst (RMAS) entered 2 teams to pit their skills against fellow officer cadets from 57 countries including the United States, Chile, South Korea, Qatar, Australia, Canada, Germany, Brazil and China.
Although competition organisers gave some clues as to what was involved – physical fitness and agility, foreign weapons’ handling, navigation, rope-handling and chemical warfare, much of the competition was kept secret and some surprising twists were inserted into the 2 days.
Each British team consisted of 9 competitors, including 1 female officer cadet, who fitted their competition training around the demanding RMAS commissioning course. 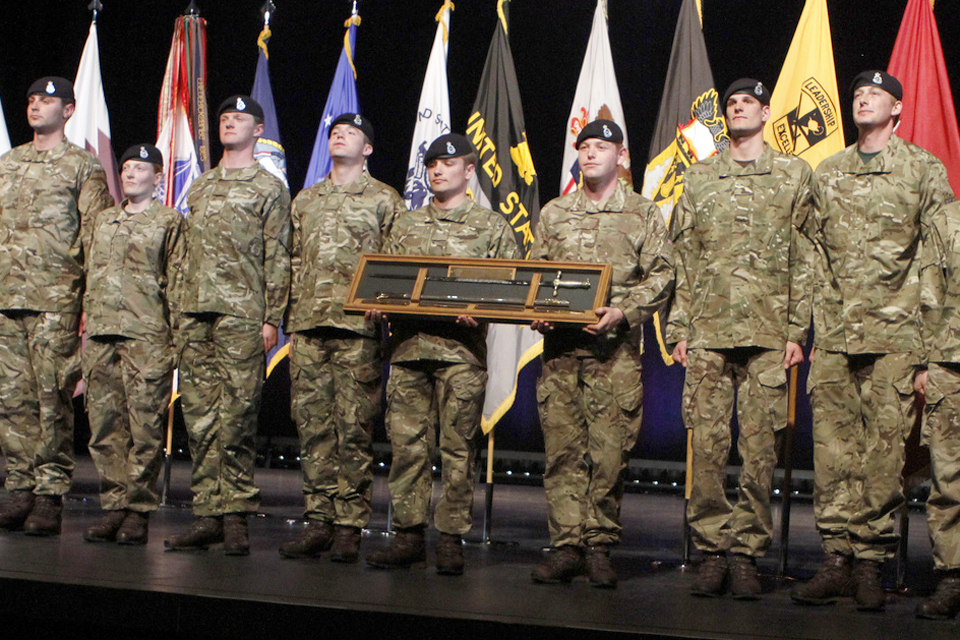 What an amazing competition. The whole squad are so proud of winning; all the hard work has definitely paid off. It is a fantastic opportunity to test ourselves against teams from many different countries, to see how we match up and to find out how they train as officer cadets.
​
Now that we’ve won I can also say that, of course, Sandhurst is the best!
​
Volunteers went through a comprehensive selection and training process, and showed their dedication by training early mornings and weekends around the demands of their normal officer training course.
The teams will all now return to Sandhurst to finish their training. The Royal Military Academy Sandhurst in Surrey is where all officers in the British Army are trained. Regular Army officers complete a 44-week training course to commission into the Army.
Territorial Army officers and Professionally Qualified Officers also complete commissioning courses at Sandhurst.

News story: 30% of officers progress from the ranks