Ministry of Defence said:
The Duchess made the journey to Bulford Camp in Wiltshire in her official capacity as Royal Colonel of 4 RIFLES and watched some mission specific training, opened the Officers’ Mess and joined soldiers and their families at an official reception.
On arrival, Her Royal Highness was welcomed by the Commanding Officer of 4 RIFLES, Lieutenant Colonel Tom Bewick. The Duchess then climbed into a Husky protected support vehicle and was driven to a nearby training area where she met members of R Company and was introduced to some of the kit and equipment they use.
This was followed by demonstrations of how a compound held by insurgents would be cleared, and then in a second compound how the Afghan Army, Afghan Police and R Company soldiers would work together. 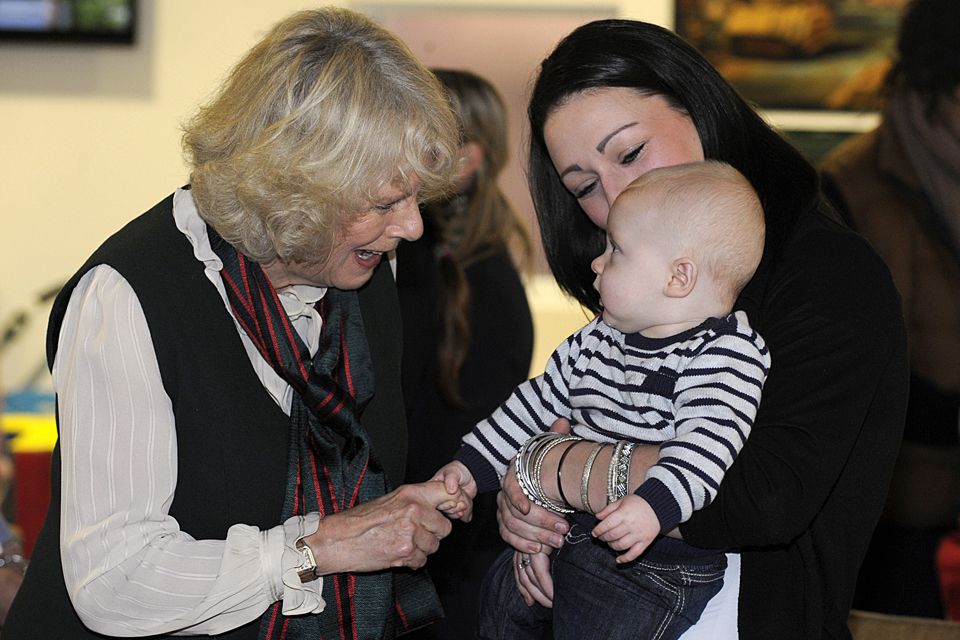 The Duchess of Cornwall meeting a soldier's family at an official reception at Bulford Camp [Picture: Richard Watt, Crown Copyright/MOD 2013]Her Royal Highness became Royal Colonel of 4 RIFLES when the battalion, formerly 2nd Battalion The Royal Green Jackets, was formed on 1 February 2007.
The soldiers of 4 RIFLES, which is a light role infantry battalion, undertook training in Kenya in 2011 and Canada in 2012. This enabled them to maintain the highest levels of capability before beginning pre-deployment training for operations in Afghanistan, which is still ongoing.
The battalion is likely to deploy in the next few months.