The frigate is set to join HMS Enterprise in the EU mission off Libya which is close to moving to its second phase, aimed at going after the criminal gangs responsible.

Enterprise has been essential in the efforts to move the mission to its next stage. Richmond will support the operational commander in the next phase which aims to conduct operations to board and seize vessels in the southern Mediterranean.

The ship will bring added surveillance and reconnaissance – including her Scan Eagle unmanned aerial system which can cover vast areas.


The vital work of HMS Bulwark, HMS Enterprise and our Merlin helicopters shows the UK’s commitment to tackling the refugee crisis at source.

The Royal Navy has rescued thousands of people from peril but we’ve been clear we have to tackle the gangs behind this, which is why it’s important the mission moves to the next phase.

We will not stand by and let this smuggling trade escalate; we will confront this criminal activity which risks the lives of innocent people every day.
​
HMS Bulwark and Royal Navy Merlin helicopters played a key part in the rescue mission earlier this summer. Thousands of people were rescued from small boats operated by the gangs between North Africa and Europe. The EU mission is part of a wider comprehensive approach to tackling the migration crisis at the source countries in the region.

HMS Richmond, which has been on operations east of Suez, will be offered at an EU force generation conference today.

While it would not be her primary role HMS Richmond would be able to support Search and Rescue operations. 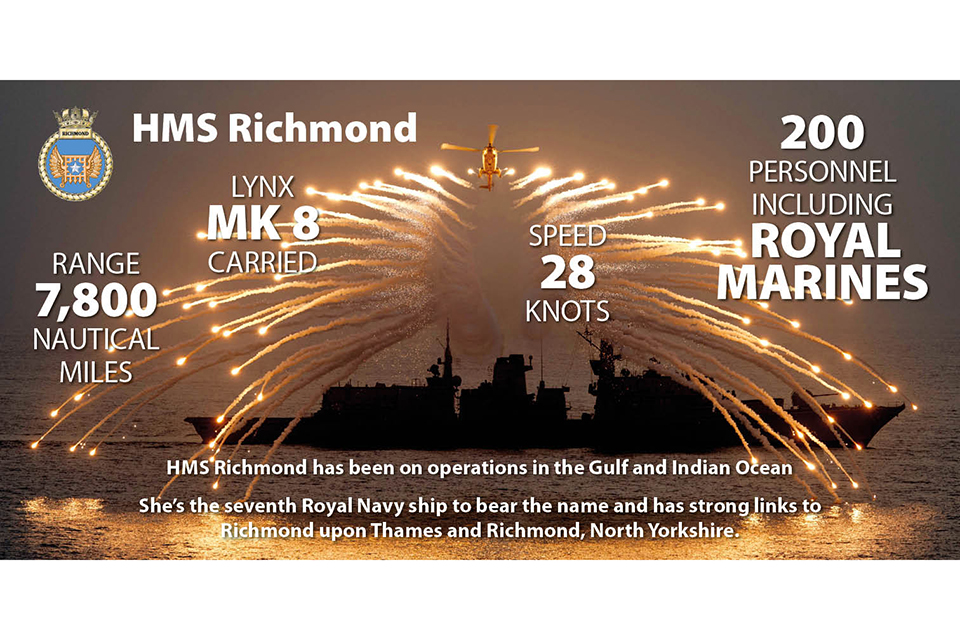