It is the third drugs bust for HMS Argyll in as many months. This latest haul has a wholesale value of £36 million – in total she has now seized 1,600kg of cocaine with a combined value of more than £68 million.


HMS Argyll has had phenomenal success in disrupting the drugs trade which continues to blight the UK. Her crew are doing outstanding and demanding work, and the British people will rightly be proud of, and grateful for, their professionalism and commitment. Thanks to them, drugs destined for our streets never reach our shores.
​
HMS Argyll apprehended the suspect vessel after being alerted by a US customs aircraft, which directed the ship to intercept. The Plymouth based frigate was pushed to maximum speed and quickly closed the 70 mile gap. After a high speed chase, during which time the smugglers began to throw their illegal cargo overboard, the warship used high tech radar to guide her small patrol boats which surrounded the smugglers and forced them to surrender. 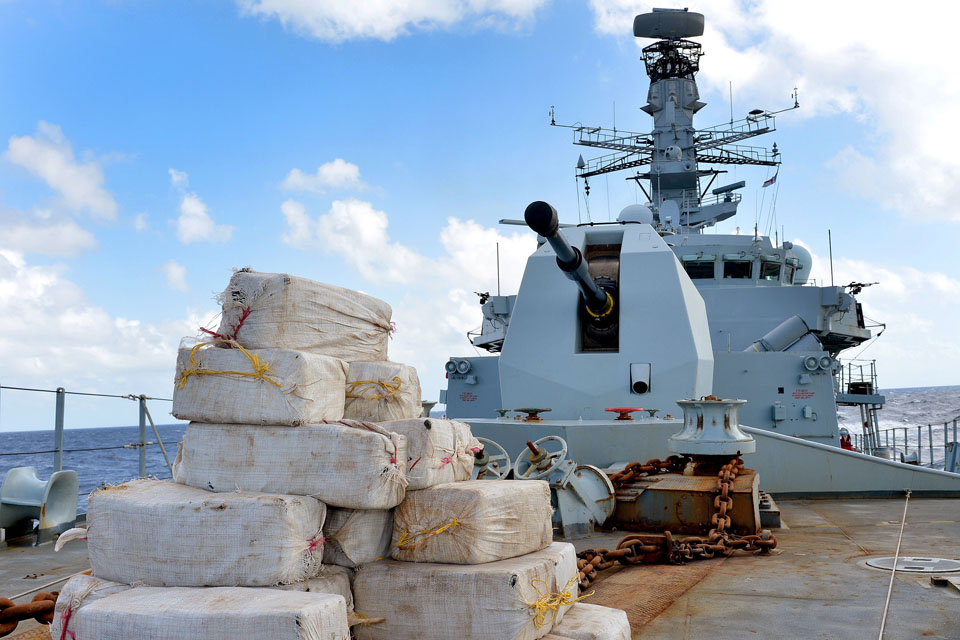 In recent weeks HMS Argyll has provided assistance to Bermuda in the wake of Hurricane Gonzalo and has conducted two further counter-narcotics seizure.

Moderator
four
You must log in or register to reply here.

Royal Navy seize £160 million worth of drugs in the Caribbean