The Defence Secretary had announced that the ship would sail to the Asia Pacific whilst addressing the crew on-board in Devonport on Friday, and has now provided further information of the deployment.

During recent conversations with Australian Defence Minister Marise Payne and Minister for Defence Industry Christopher Pyne the Defence Secretary reaffirmed his commitment to strengthening the Australia-UK defence relationship and exploring opportunities for our Armed Forces to work together.

The visit of HMS Sutherland, a Type 23 anti-submarine warfare frigate, offers further opportunities for the Royal Navy and the Australian Navy to collaborate.


Though we may be currently battling against each other on the cricket field, when it comes to defence, we stand together with Australia as allies not opponents. Our countries have fought alongside one another since the First World War and we continue to stand strong in the face of today’s intensifying global threats.

I am pleased to announce that HMS Sutherland will set sail across the world next year and look forward to strengthening our close relationship with Australia.
​ 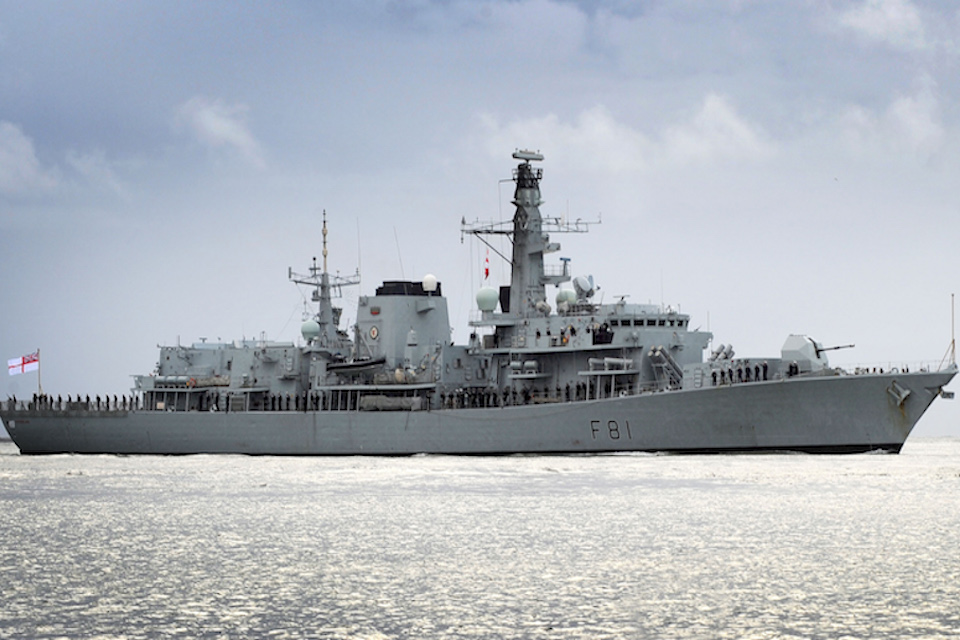 The Type 23 frigate HMS Sutherland will deploy to Australia in the New Year.

The ship will visit Sydney, Perth and Adelaide and provides an outstanding opportunity for joint exercising. The deployment has the added benefit of showcasing Britain’s cutting-edge anti-submarine warfare technology.

Australia and the UK remain extremely close trading partners, exchanging £13.1bn of goods and services in 2016. In that year we also agreed to establish a bilateral Trade Working Group to begin scoping out the parameters for a future Free Trade Agreement. This week International Trade Secretary Liam Fox is in the country to advance the UK/Australia trade relationship, following a visit from Minister for Defence Procurement Harriett Baldwin earlier this month.

In August this year both countries’ Foreign and Defence Secretaries strengthened the already close relationship in the 9th annual Australia-UK Ministerial talks (AUKMIN), agreeing on further joint work on cyber, Commonwealth and modern slavery. This deployment is a tangible demonstration of that commitment.

Whilst in the country earlier in the month, Defence Minister Harriett Baldwin announced the intention to look at the feasibility of fitting an Australian radar on future British warships. The ‘CEAFAR’ radar, developed by CEA Technologies, is already in service with the Australian Navy and a capability study to fit the radar to British ships will begin early next year.