This is a massively impressive exhibition in a region that is the focus of huge defence exports efforts.
​
The considerable Royal Navy presence has continued to build key relationships with regional nations and shows our support for UK industry.
​ 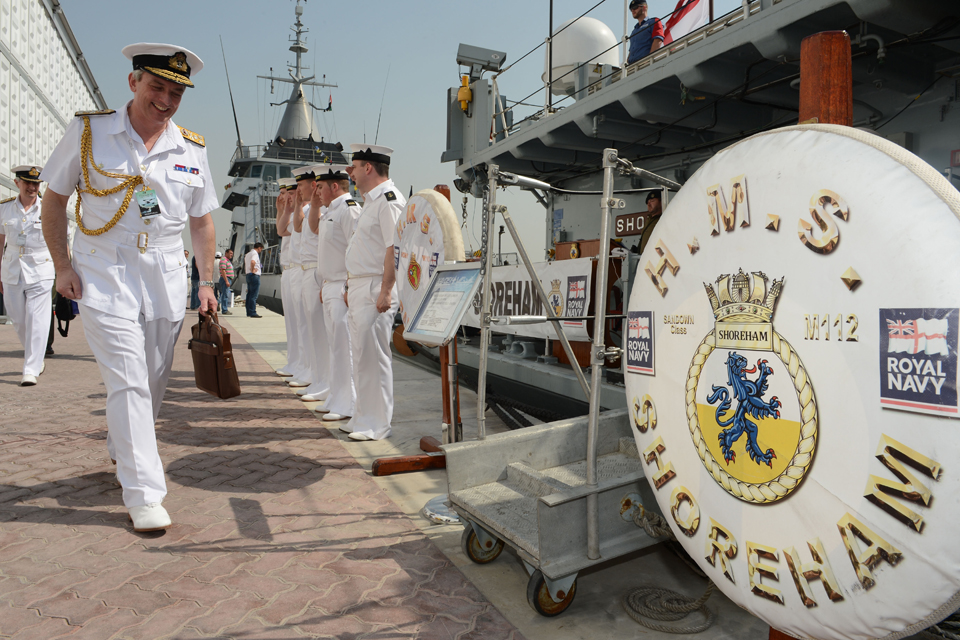 Vice Admiral Philip Jones arrives at HMS Shoreham and HMS Ramsey for an official visit during IDEX 2013 in Abu Dhabi [Picture: Leading Airman (Photographer) Maxine Davies, Crown copyright]With high-powered delegations from around the globe and military consultants in abundance on the show floor, some $10 billion (£6.6 billion) of contracts were announced during the 5-day event.
At NAVDEX, the naval and maritime security section of the exhibition, there was a great deal of interest in the ships alongside with hundreds of visitors - business people and military - each day keen to learn about the Royal Navy’s world-class minehunting expertise and, on a more personal level, what day-to-day life on board a warship is like.
Numerous senior military officers and MOD staff attended, using the Royal Navy vessels to host dignitaries and conduct interviews, including Chief of the Air Staff Air Chief Marshal Sir Stephen Dalton and Fleet Commander Vice Admiral Philip Jones.
Innovation, alliances, joint ventures and partnerships were the UK’s focus and the presence of the UK delegation highlighted the important strategic defence relationship between the UK and the United Arab Emirates.
Lieutenant Commander Mark Hammon, Shoreham’s commanding officer, said:

Visits like this are key for the Royal Navy. They allow us to build on the excellent relations we have with our Gulf partners, and allow us to support UK trade and industry in demonstrating the world-class equipment and technology Britain has to offer.
​ 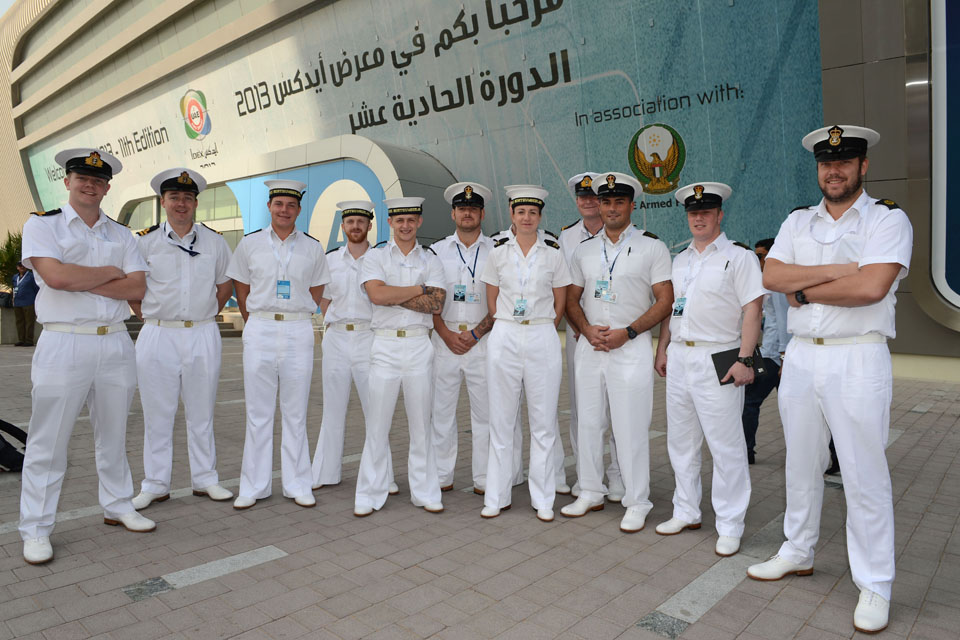 It was hard work to host as many visitors as we did but I know how important it is to show off our capability. I’ve had an excellent time, the opening ceremony was brilliant, and it’s always great to go to somewhere as exciting as Abu Dhabi.
​
HMS Ramsey and HMS Shoreham sailed from the exhibition in formation with French, US and Italian ships and have now resumed their more usual role of maritime security operations in the Gulf.
Four Royal Navy minehunters, 2 frigates, 1 submarine and 2 Royal Fleet Auxiliary support ships, plus supporting Fleet Air Arm helicopters, are deployed east of Suez as part of the Navy’s, and the nation’s, long-standing commitment to the region.