News story: Royal Marines to be restructured in line with growing Royal Navy

With billions being invested into a growing Royal Navy, the Royal Marines have decided to restructure to better balance skills across the force.

The move comes as part of the Navy’s regular review of its structure to ensure that it suits the operational demands of the 21st century, and is appropriately balanced for the future with 400 more personnel, more ships, new aircraft carriers and submarines entering front line service.

Around half of the 200 roles being repurposed are backroom function roles, like drivers and administrative staff. Freeing these up to be carried out by Reservists and civilians will enable skills to be used more appropriately across the Navy.

The other half of the restructure comes as part of plans developed by 3 Commando Brigade, who are responsible for the deployment of the Marines, who decided it would be beneficial to the Corps to make 42 Commando a specialised Maritime Operations unit.

No Royal Marines will be made redundant as a result of today’s news – when those in the roles which have been identified for repurposing leave, their position will simply transfer to a different area of the Navy.


As someone who has worked with Royal Marines at every stage of my career, most notably when commanding the Amphibious Task Group from RM Stonehouse, I know how vital their role is as the UK’s premier high readiness contingency force. However, as First Sea Lord, I also know we must adapt to meet the challenges of a dangerous and uncertain world.

The Government is investing in a new generation of ships, submarines and aircraft. As we introduce these capabilities into Service, we must ensure we have the right mix of skills across each of the Navy’s Fighting Arms to optimise how we use them, and the Commandant General and I have sought to find the right balance between sailors and marines in responding to this challenge.

The Royal Marines remain bound in to every part of the Royal Navy’s future, from conducting sophisticated operations from the sea, at a variety of scales and against a range of threats, using our new aircraft carriers as a base, to leading the Service’s development of information warfare. They will continue to be as vital to the Defence of the Realm in the years ahead as they have been for the past 350.
​
Commandant General Royal Marines, Major Robert Magowan, said:


As Royal Marines, we pride ourselves in being the first to understand, the first to adapt and the first to overcome. So as we confront a changing and unstable security environment, we are defining an exciting future for our Corps, which will ensure that we remain as relevant tomorrow as we do today.
​
With a £178 billion equipment plan backed by a rising defence budget, this year sees the first of two giant 65,000-tonne Queen Elizabeth Class Aircraft Carriers arrive in Portsmouth, the first of the Navy’s five next generation patrol ships begin her sea trials and the fourth Astute Class submarine enter the water. 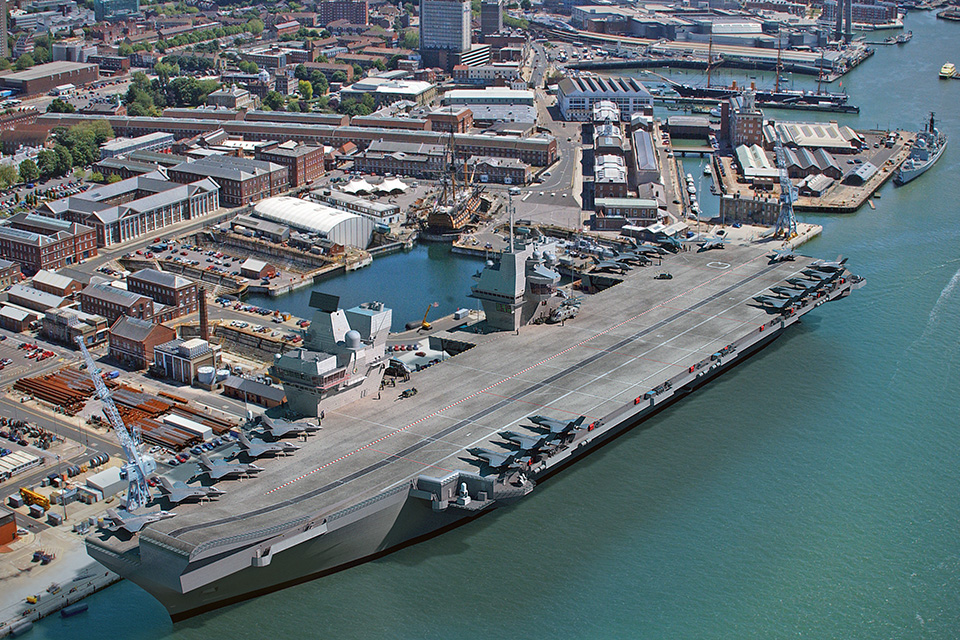