Ministry of Defence said:
Over 50 members of Delta Company, 40 Commando, returned to Norton Manor Camp, Taunton, on Wednesday 13 February after their patrol base in central Helmand was handed over to the Afghan National Army (ANA). The rest of 40 Commando will return in the coming weeks.
40 Commando Royal Marines have been serving with Task Force Helmand, led by the British Army’s 4th Mechanized Brigade, and have been deployed in Afghanistan since September last year.
Based out of Patrol Base Clifton, north of the town of Gereshk, the Marines have been involved in the training and mentoring of the Afghan National Security Forces (ANSF) in preparation for the handover of the region to the Afghans.
During Operation Herrick 17, which began in October 2012, 18 bases have been closed or transferred to the ANSF. 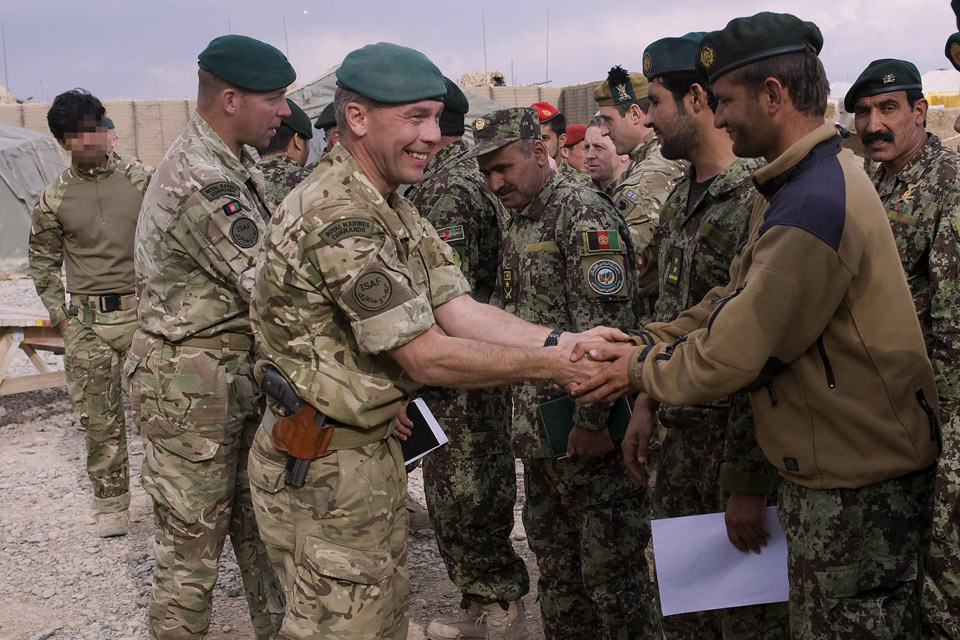 We’re leaving now because we always said that when the Afghans were good enough to take ownership for lead security responsibility that we would go. They are good enough and we’re going.
​
A senior corps commander in the ANA, Colonel Ab-Azim-Safi, said:

We had a good relationship with the British forces in Helmand. We conducted many operations together but we are happy they are going back to their families and back home.
​
If we have the right support, our Army is capable of providing security. We are working to support our soldiers wherever they are based in this province and elsewhere. So we are optimistic and we are hopeful that we are going to have more success.
​
Once back in the UK and after a period of leave, 40 Commando, which forms part of 3 Commando Brigade’s amphibious warfare capability, will retrain to prepare for contingency operations later in the year.