The final resting place of a Royal Air Force (RAF) Wellington Bomber wireless operator from Norfolk has been recognised after his grave was identified almost 75 years after his aircraft was shot down.

At a service on 16 June in Schiermonnikoog Cemetery, The Netherlands, the grave of Sgt James Bent was rededicated in his name during a moving service attended by surviving members of his family. The service, led by RAF Reverend, Sqn Ldr Dawn Colley, accompanied by a trumpeter of the band of the RAF regiment, was organised by the MOD’s Joint Casualty and Compassionate Centre, part of Defence Business Services, with a new headstone bearing Sgt Bents name and a personal inscription from his family, provided by The Commonwealth War Graves Commission (CWGC). 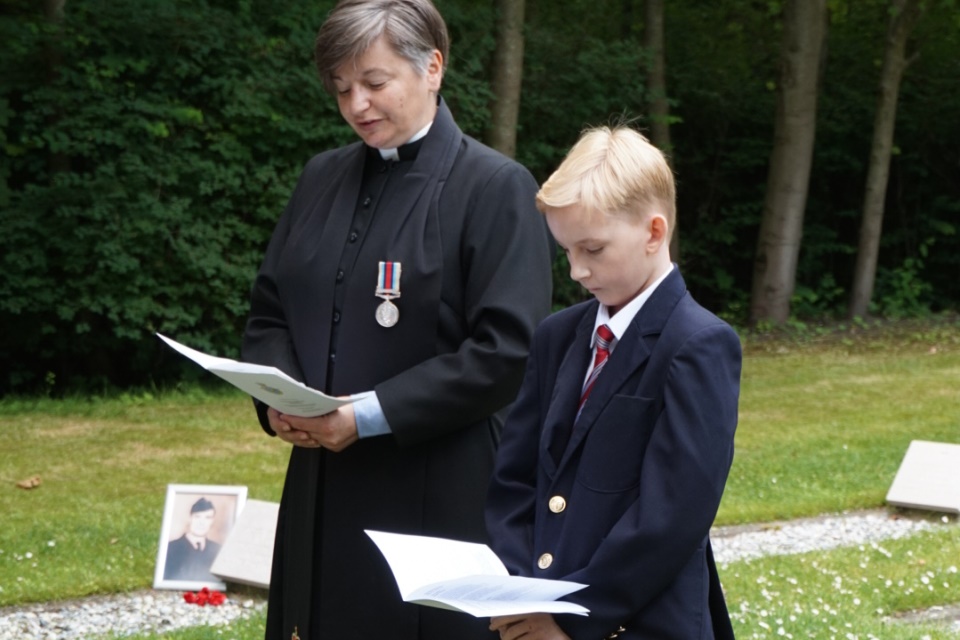 A former salesman, James Bent enlisted in the RAF on 10 April 1940 to commence training as a wireless operator. He was posted to 115 squadron on 30 May 1941. Just 5 weeks later, on the evening of the 6 July 1941, 47 Wellington Bombers set out on a bombing raid to Munster in Germany. Wellington R1063 was detailed to be part of the raid and took off from RAF Marham at 11.26pm with Sgt Bent, age just 23, manning the aircraft’s radio. The aircraft crashed into the North Sea with the loss of all crew after being shot down on its way to the raid by a German night fighter piloted by Oberleutenant Helmut Woltersdorf. Although Sgt Bent was able to send a SOS message, the subsequent air and sea search failed to locate the crew.

James Bent was one of 7 children, born on 16 November 1917 to Charles and Zilpha Bent. At the time of James’s service in the RAF, they lived on the flight path for RAF Marham in Norfolk and all of the crew regularly assembled at James’ home, calling Zilpha ‘Mother’. He was close to his family and his sister, Margaret, used to play cards with the crew to earn some extra pocket money.

They regularly counted the aircraft coming in and out of Marham, especially if they knew James was flying, and on the night James died, they called the base early in the morning, knowing that some of the planes had not returned.

Initially posted as missing, it wasn’t until early August 1941 that the fate of Wellington R1063 was confirmed when the remains of three crew members were washed ashore on the Netherlands Frisian Islands.

All 3 sets of remains were later interred at Schiermonnikoog CWGC Cemetery. It was possible to identify 2 as crew members Sgt O. A. Matthews and Sgt W. A. Strachan, but it wasn’t possible to confirm whether the third was that of Sgt James Bent or Sgt C. S. R. Edwards (RCAF), Wellington R1063’s rear gunner. As a result, the third grave was marked as ‘Known Unto God’ and Sgt Bent’s name was included on the CWGC Air Forces Memorial to the Missing at Runnymede.

As a result of evidence recently submitted by Laurel Clegg, an anthropologist working for the Canadian Directorate of History and Heritage, the MOD’s Air Historical Branch has now confirmed that the unidentified remains are in fact those of Sgt James W Bent.

MOD’s Joint Casualty and Compassionate Centre has been able to trace Sgt Bent’s Niece, Mary Cox from Kings Lynn, her husband Julian and their grandson (Sgt Bent’s Great Great Nephew) 12 year old Teddy, who all travelled to the Netherlands today. At the service, Teddy joined Rev Colley and read part of the Kohima Epitaph, watched by his grandparents and those assembled at the graveside. 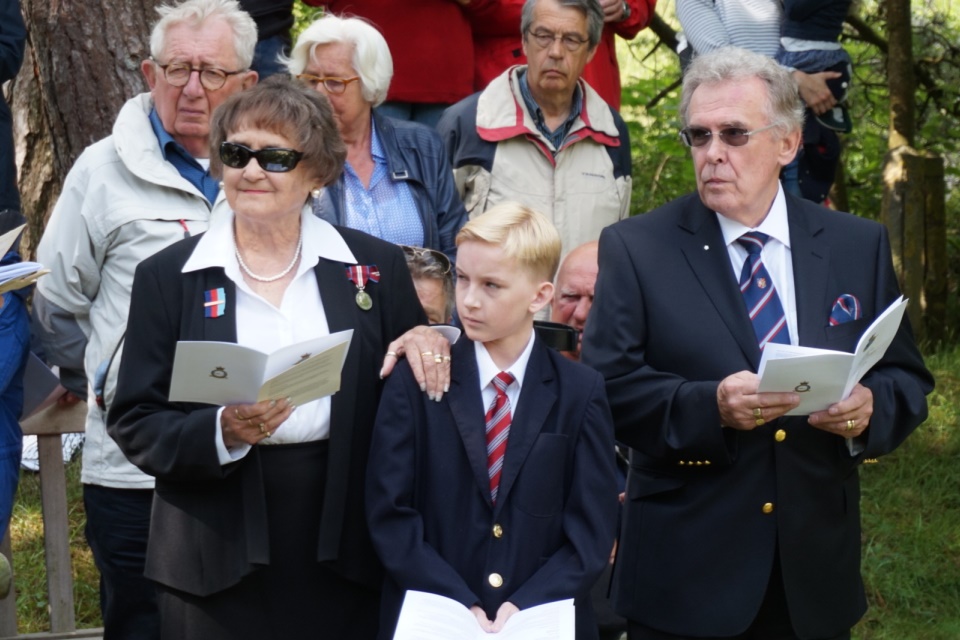 Cox family at the service. Crown Copyright. All rights reserved.


It is such a relief that we have located Uncle Jim’s body at long last. We thank God that he is resting in peace in such a beautiful location together with the other members of his crew.
​
The family were joined by over 70 people including representatives from the MOD, CWGC, the British Embassy, local dignitaries, school children and members of the close knit local community.

Nicola Nash who led the organisation of today’s rededication for the Joint Casualty and Compassionate Centre said:


This has been an interesting case to work on and we are pleased to have been able to dedicate Sgt Bent’s final resting place and pay tribute to the sacrifice he made.
​
Continue reading...
You must log in or register to reply here.