The Battle Honours have been awarded to commemorate notable battles, actions, or engagements in which squadron aircrew or RAF Regiment personnel played a memorable part.

For Operation DEFERENCE and Operation ELLAMY in Libya, Battle Honours were approved for 13 operational flying squadrons with three being awarded the highest honour of Battle Honour with Emblazonment.

There are two levels of Battle Honour within the Royal Air Force, the first is entitlement, signifying that a squadron took part in the campaign. The second, higher level, gives the right to emblazon the Battle Honour on the Squadron Standard itself. This highest level has been awarded to squadrons who were involved in direct confrontation with the enemy, and who have demonstrated gallantry and spirit under fire.


Whilst individuals are often recognised for bravery and courage, the award of a Battle Honour to a unit is rare, so I am delighted to hear that the fighting spirit of Royal Air Force squadrons has been recognised at the highest level by their award today. Those Air Mobility, Rotary, Fast Jet, Intelligence, Surveillance, Target Acquisition and Reconnaissance squadrons, and RAF Regiment units, whose people have contributed so much to these operations in the air and on the ground, should be hugely proud of this important addition to their legacies.
​
The honours will be awarded for participation in Operation TELIC, which took place between 1 May 2003 and 22 May 2011, Operation DEFERENCE, which took place from 22 February 2011 to 27 February 2011, and Operation ELLAMY, which took place from 19 March 2011 to 31 October 2011.

To mark the awards, the MOD is releasing a number of examples of outstanding service during these campaigns:


Royal Air Force Squadrons II (Two) and IX (Nine) are two of three units to be awarded the honour of emblazoning the battle honour “Libya 2011” on their standards. 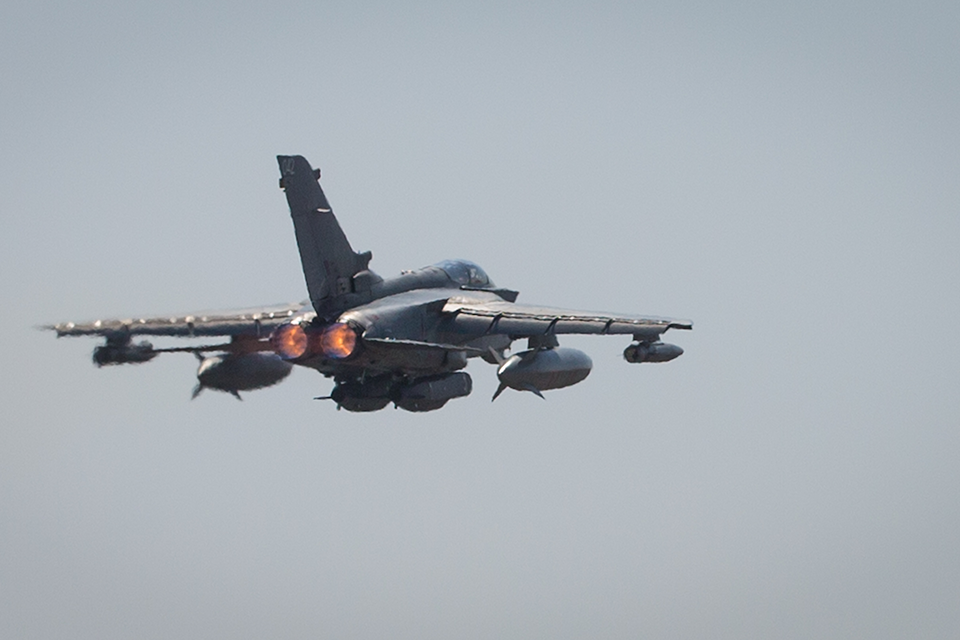 Storm Shadow, the Tornado’s highly capable stand-off cruise missile, which is currently seeing service in Iraq and Syria, was used as the weapon of choice against heavily defended and hardened targets in a gruelling 3000-mile round trip. For the missions, RAF Marham operated as a cohesive team. II (Army Cooperation) Squadron personnel worked tirelessly to plan this complex mission and prepare the aircraft, while aircrew from IX (Bomber) Squadron flew and delivered successful mission.

This historic event was the first direct delivery of airborne weapons launched from Royal Air Force aircraft based in the United Kingdom since World War Two and demonstrated the Royal Air Force’s ability to conduct highly effective surprise airstrikes at great distance. The missions were ably supported by RAF Voyager in-flight refuelling aircraft, which were used four times during the eight-hour sortie.


Number 33 Squadron, based at RAF Benson, Oxfordshire, was one of seven RAF units to earn the right to emblazon the battle honour ‘Iraq 2003-2011’ on its standard.

33 Squadron operated Puma helicopters during the Iraq campaign. Working in close cooperation with UK and allied land forces, their role was to move equipment and soldiers around the battlefield, as well as provide convoy escort, reconnaissance and resupply of Forward Operating Bases (FOB). They also transported the wounded quickly away from the front line for emergency medical care. 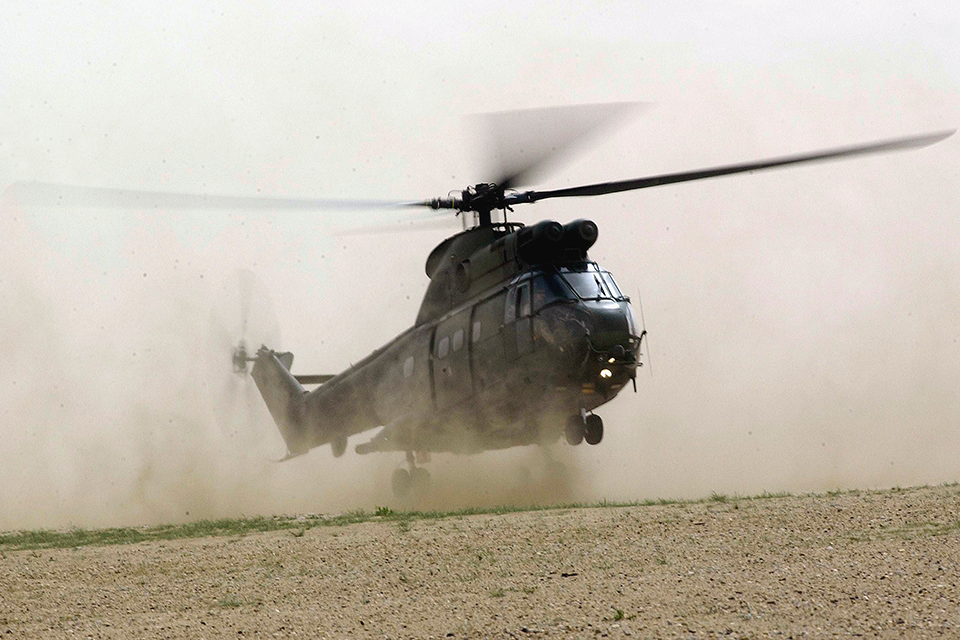 Aircraft often flew at 50 feet above the ground, to try and avoid ground fire due to the level of the insurgent threat. Working in the highly unstable area around central Iraq, the Pumas operated a furious pace, often at the limits of their performance. Nevertheless the helicopters proved to be highly reliable; a testament to the superb efforts of the squadron’s engineers based at FOB Kalsu.

In November 2004, a formation of one 33 Squadron Puma and one Lynx helicopter operated in support of the Black Watch (now Scottish Regiment) Battle Group. Working from Camp Dogwood which was in an area locally dubbed ‘the Triangle of Death’, the two aircraft came under heavy mortar fire within minutes of landing. Later, due to the volume of enemy ground fire, both the Puma and the Lynx were hit by enemy rounds with the Lynx pilot suffering injury.

Flight Sergeant Andy Leys, a crewman on the Puma said:


On arrival back at base after operations, the sense of satisfaction and achievement was immense. This period was the busiest and most intense operational tasking I have completed in my 19 year flying career. All of our tasking was completed safely and professionally with crews returning to base wiser and more experienced aviators – something that can never be too highly valued.
​
Recognised squadrons:

With the Right to Emblazon ‘LIBYA 2011’ on Squadron Standards

Without the Right to Emblazon ‘LIBYA 2011’ on Squadron Standards