Red Flag’s live element takes place over the US Air Force’s premier military training area in Nevada; over 15,000 square miles of airspace and 2.9 million acres of land – an impossible scale to achieve in Europe.


The RAF is playing a major role alongside our greatest ally in the world’s leading aerial combat training exercise.

Britain’s pilots and aircrews will receive unparalleled training and an opportunity to sharpen the combat skills they are demonstrating every day in the fight against Daesh.

Training alongside our US partners and other nations shows how the UK is stepping up internationally, ensuring maximum interoperability with our allies, and in doing so helping keep Britain safer and more secure.
​
Typhoon jets, from 6 Squadron, RAF Lossiemouth, are operating in a swing-role capacity, fighting their way into hostile airspace, launching precision strikes on ground targets and fighting their way out again. 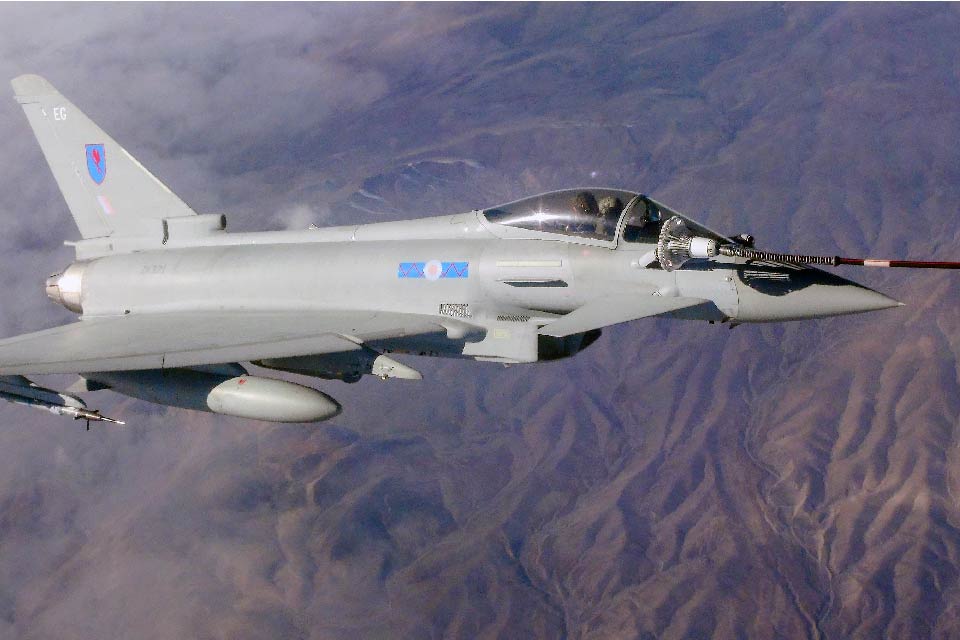 Typhoons taking on fuel from a RAF Voyager tanker during Exercie Red Flag.

Working with the US Air Force (USAF) F-35A Lightning II for the first time, and with USAF F-22 Raptors; the exercise has been a hugely rewarding exposure to 5th Generation aircraft for RAF crews ahead of the F-35B’s introduction into the RAF’s combat inventory in 2018. 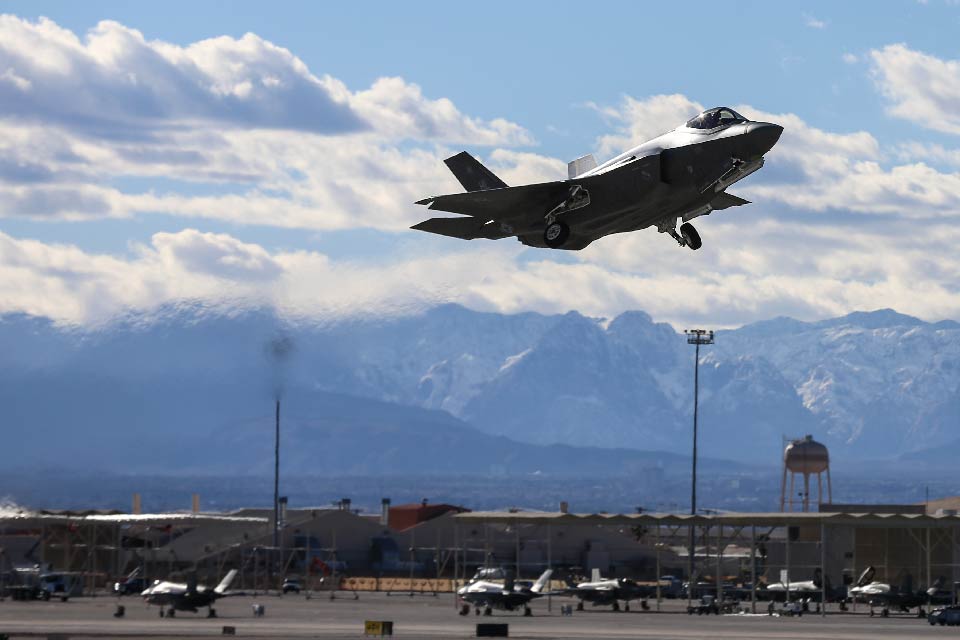 US Air Force aircraft on take of at Nellis Air Force Base in Nevada USA during Exercise RED FLAG, 2017.

This is also the first time the RAF’s Voyager is taking part in the exercise. The Voyager is providing key air-to-air refuelling capability during the exercise, while a Sentinel and Rivet Joint are gathering intelligence and other mission-critical information.


Red Flag replicates truly challenging, high-end warfare, from realistic aerial combat to emerging cyber and space threats. It’s as close as we can get to the real thing.

Testing ourselves against highly capable enemy aggressors is hugely beneficial and improves and readies our personnel, from pilots to those in crucial support roles, for real world operations.

It’s a privilege for us to work with our US Air Force and Royal Australian Air Force counterparts and to cement our relationships with them at an exercise of this scale.
​
The exercise will run until early February and marks the start of three months of RAF Typhoon activity in the USA.