The British naval vessel has spent six days stationed off Dominica and has achieved much following her short-notice rerouting to the island.

The multinational relief mission has included aid from US, Venezuelan and British military ships and the effort continues with the recent arrival of the Dutch ship Pelikaan to ensure unbroken support to the island.


In the wake of the devastation caused by Tropical Storm Erika the crew of RFA Lyme Bay has been able to provide vital and immediate aid in support of local communities on the island.

This is exactly the role that the ship and its helicopter is deployed to undertake in the region and it is right that Britain supported Dominica when needed. The men and women onboard can be very proud of their efforts, helping the people of the island to rebuild their lives and return to normality.
​ 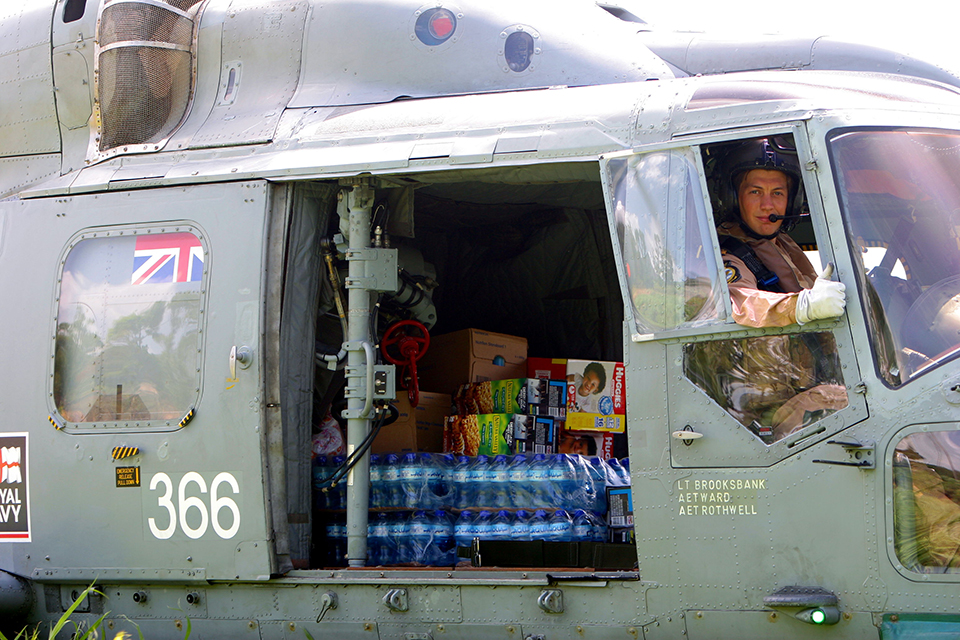 
I was so sorry, as was everyone in the UK, to see the devastation that Tropical Storm Erica had on Dominica. In a few short hours, we saw just how vulnerable we all are to the effects of climate change.

I am so pleased, therefore, that RFA Lyme Bay has made such a significant contribution to dealing with the worst of the storm’s aftermath. The ship’s crew has made a real difference to this very special island and to its people. I am very grateful - and very proud - of all that they have achieved.
​ 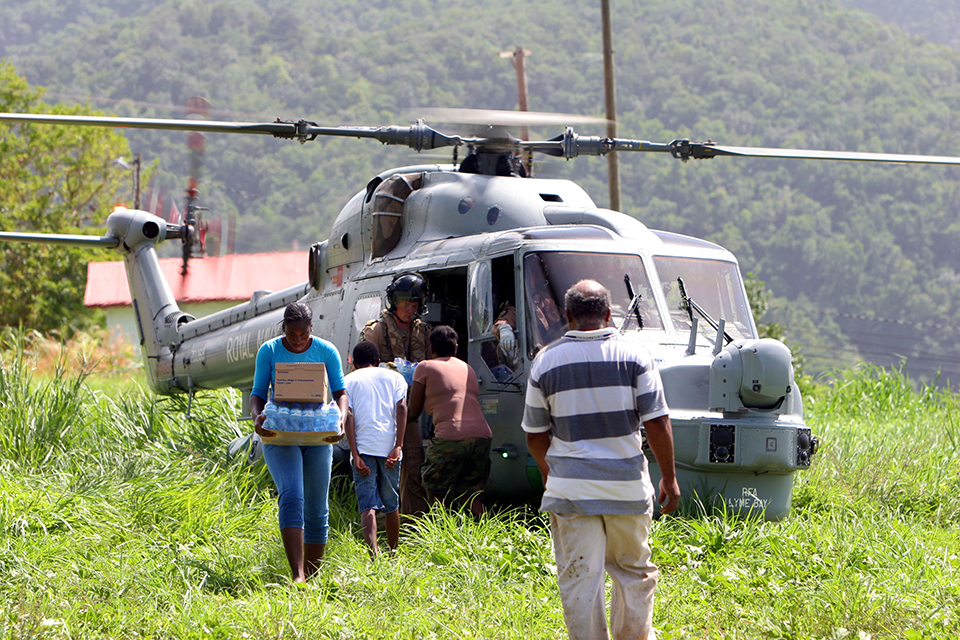 Lyme Bay has a diverse team onboard made up from Royal Fleet Auxiliary, Royal Navy, Royal Marines plus Army engineers and logistic personnel. Everyone onboard has played their part in helping the islanders to begin to rebuild their lives.


I am very proud of my team which has been actively involved over the last week, both onboard and ashore, providing humanitarian and disaster relief to the island of Dominica after the devastating effects of Tropical Storm ERIKA.

I am delighted that we have been able to make a difference to some of the communities affected by the storm. Our teams ashore have been successful in digging out vehicles, and clearing the school, church and communal washing facilities in the village of Coulibistri which was deluged by mudslides. We have also produced and distributed over 6000 hot meals and vital stores to outlying communities.
​ 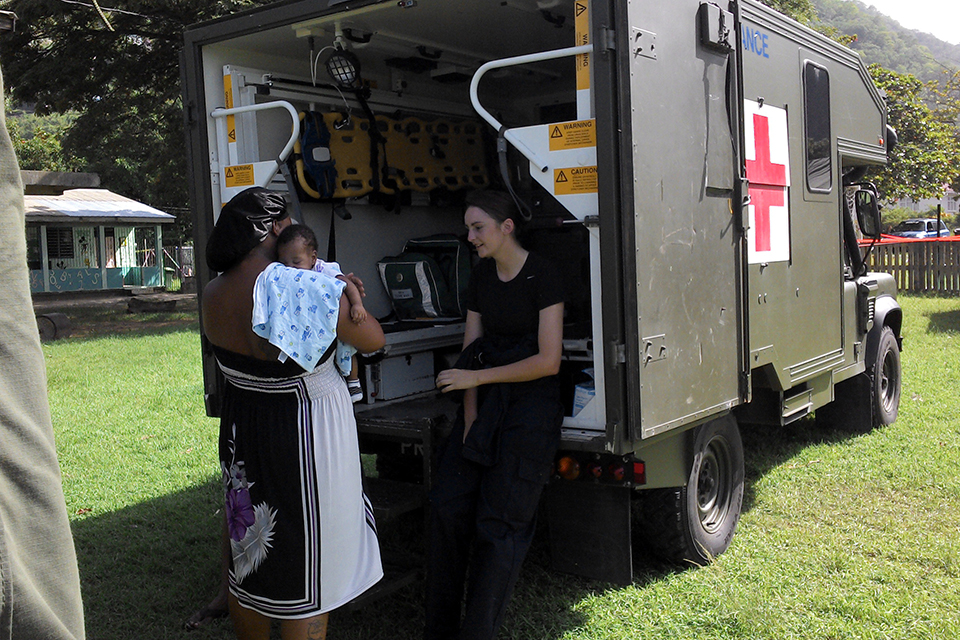 In addition to the immediate support offered to the communities of Coulibistrie, Colihaut, Dublanc and Bioche the ship’s Royal Navy Lynx helicopter has flown multiple missions across the island to deliver supplies, conduct surveys and evacuate a medical patient. Over 25 resupply flights moved approx 2 tons of stores per day to cut-off communities and allowed disaster managers and civil engineers to plan the continued recovery programme long after RFA Lyme Bay has departed.

Lt Max Cosby RN, one of the Lynx aircrew commented:


It was impressive to see how much had been done to clear roads and open up access to the communities in the time we have spent on Dominica. Although there are recovery projects which will take many months to complete the island’s disaster relief managers were clearly able to use the first-response assets of Lyme Bay to make a difference.
​
A similar improvement was noted by the Officer Commanding HADR Troop, Captain Chris Swanwick (Royal Engineers), who said:


We have been able to achieve a lot over the past six days to help the local communities, clearing roads and buildings, many of which have been buried under several feet of mud, to make them accessible to residents. We have been making regular water drops to several nearby communities and have delivered over 20 tonnes of drinking water.

The team under my command has worked alongside personnel from the RFA, US Coastguard, and local authorities. Everyone involved has been exceptionally enthusiastic about the support we are providing in this tasking.
​
RFA Lyme Bay has now departed Dominica and is now re-storing and preparing for further tasking in what is the most risky period for hurricanes in the region. 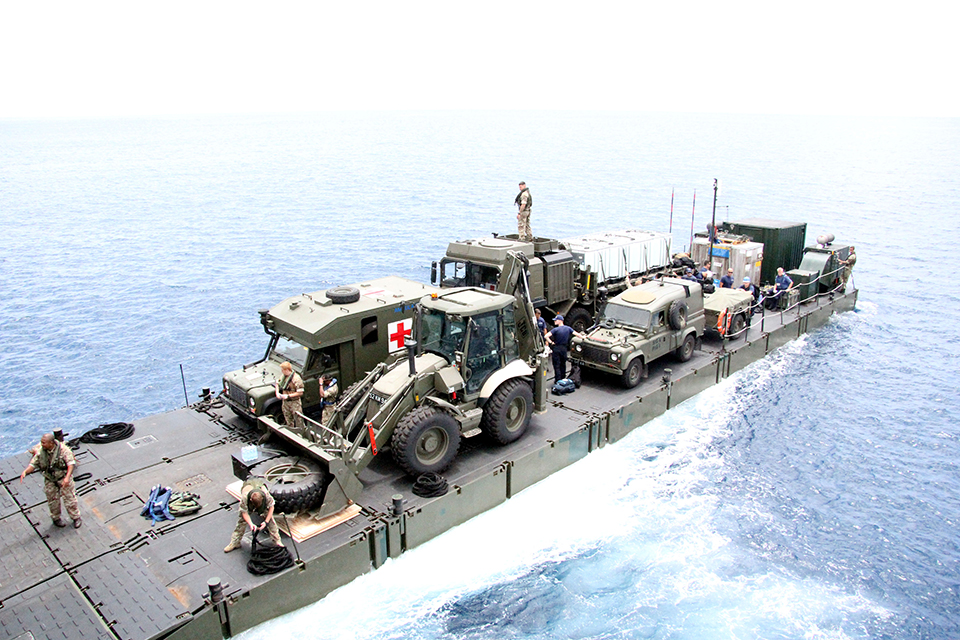