Ministry of Defence said:
Troops from 144 Parachute Medical Squadron, the only Territorial Army(TA) medical unit with a parachute capability, were recently tested on their medical and soldiering skills in a demanding training exercise in Colchester’s Friday Woods.
Simulated casualties were treated in the military equivalent of a hospital’s accident and emergency unit. This tier one treatment facility is used by 16 Medical Regiment to provide medical support to 16 Air Assault Brigade, the British Army’s rapid reaction force.
It is designed to be parachuted into action to provide initial treatment to casualties and stabilise them for movement to more specialist facilities.
Major Eric Bellew, Officer Commanding, said:

This training is about looking beyond the end of military operations in Afghanistan to contingency operations. Contingency is about back-to-basics soldiering, providing medical care from tents with limited kit and supplies.
​ 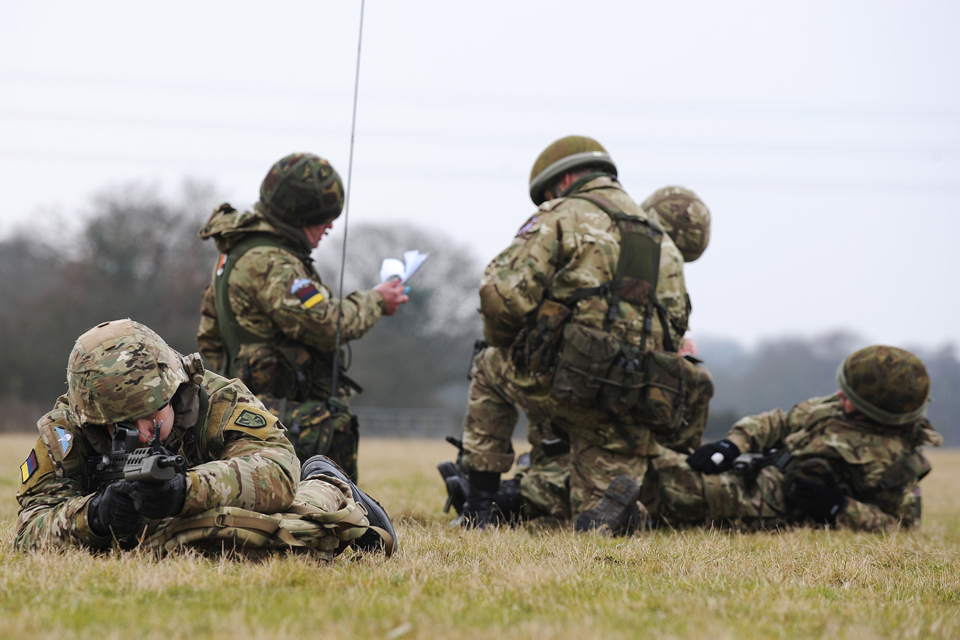 Troops from 144 Parachute Medical Squadron taking part in a training exercise [Picture: Corporal Obi Igbo, Crown copyright]
It has been very thorough and realistic training, using amputees to act as casualties and testing the chain from point of wounding to hospital.
​
The facilities and equipment are what 16 Medical Regiment, our regular parent unit, use and it is important that as reservists we are familiar with it so we can play our part on operations.
​
We are fully integrated into the regiment and have deployed personnel every time it has gone on operations.
​
Medics travelled from the TA unit’s detachments in London, Glasgow, Cardiff and Nottingham for the event.
Major Jan Jansen is a consultant surgeon who works at Aberdeen Royal Infirmary. He has been in the TA for 9 years and has deployed on 2 tours of Afghanistan. 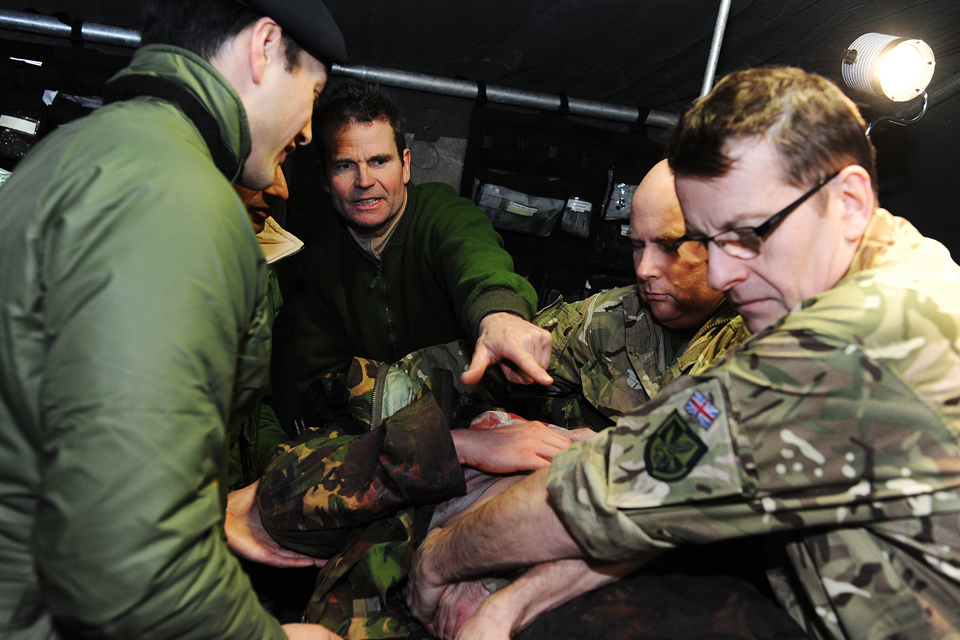 This training is about adapting our medical skills to a military environment, which is very different to a hospital. My specialism is in trauma care, an area in which military medicine is at the forefront, and I can share my skills, experience and knowledge with both the Army and the NHS.
​
My experience on operations is that there’s no difference between regulars and reservists. Everyone is treated the same and judged solely on how well they do their job.
​
Private Tom Hurley works as a Metropolitan Police detective and is a fully qualified combat medical technician.
The 25-year-old said:

The training has been done by senior surgeons and clinical staff and has really high value. Working alongside this calibre of people helps develop your confidence and that, along with medical skills, is what I’ve gained from being in the TA.
​ 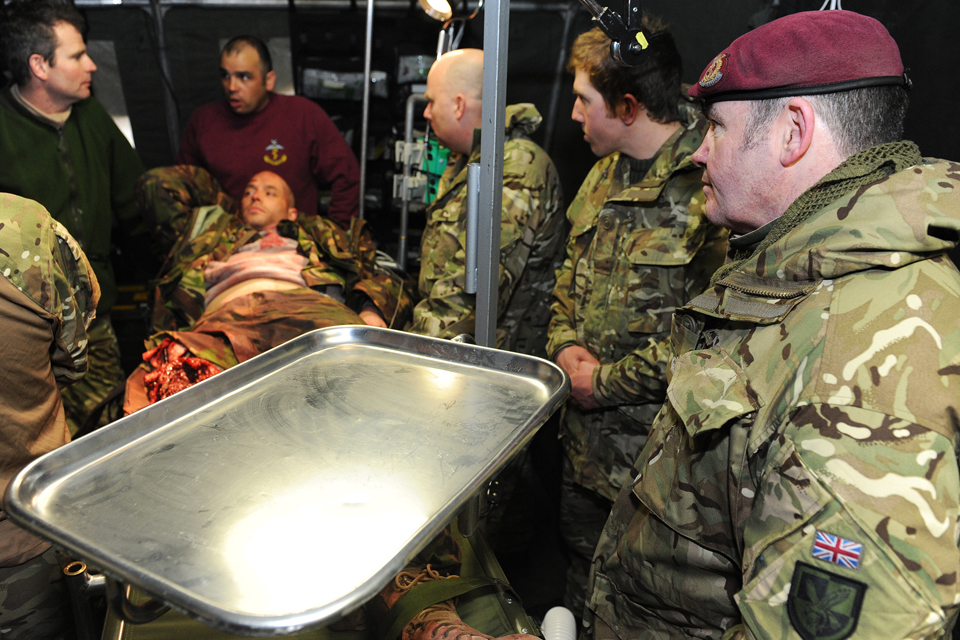 Troops from 144 Parachute Medical Squadron discuss methods of treatment [Picture: Corporal Obi Igbo, Crown copyright]Private Hurley has been in the TA for 3 years and is a qualified military parachutist. He continued:

I joined up to challenge myself. The fitness training to pass parachute selection was very tough, but if you want it bad enough you’ll put the effort in and I did. Parachuting is fantastic and I’ve done 13 jumps, including jumping with the German Army to earn their wings.
​
16 Air Assault Brigade is the British Army’s largest brigade with 7,400 soldiers, combining the speed and agility of airborne and air assault troops with the potency of Apache attack helicopters.
Its core role as the Airborne Task Force is to be ready to deploy on operations anywhere in the world at short notice.
The UK Reserve Forces are a vital component of the Armed Forces and make a significant contribution to the nation’s defence and security by serving alongside their regular colleagues in a wide range of roles.
For more information about the exciting career opportunities available in the Army, visit www.army.mod.uk/join or call 0845 600 80 80.