News story: Rededication service held for serviceman who died 6 weeks before the end of...

With the signing of the Armistice Agreement to end World War 1 just weeks away, Company Serjeant Major (CSM) Andrew Gale, The Queen’s (Royal West Surrey) Regiment tragically lost his life and was buried in a grave marked ‘Known unto God’. Almost a century later his bravery and sacrifice to his country was honoured during a rededication service earlier today (30 September) at Belgian Battery Corner Commonwealth War Graves Commission (CWGC) Cemetery, Ypres, Belgium. 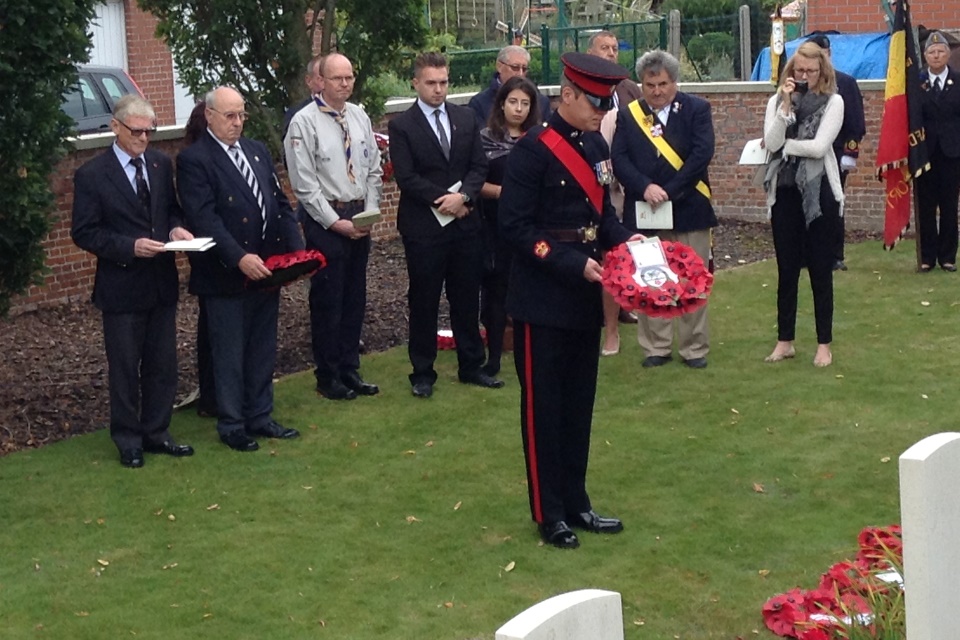 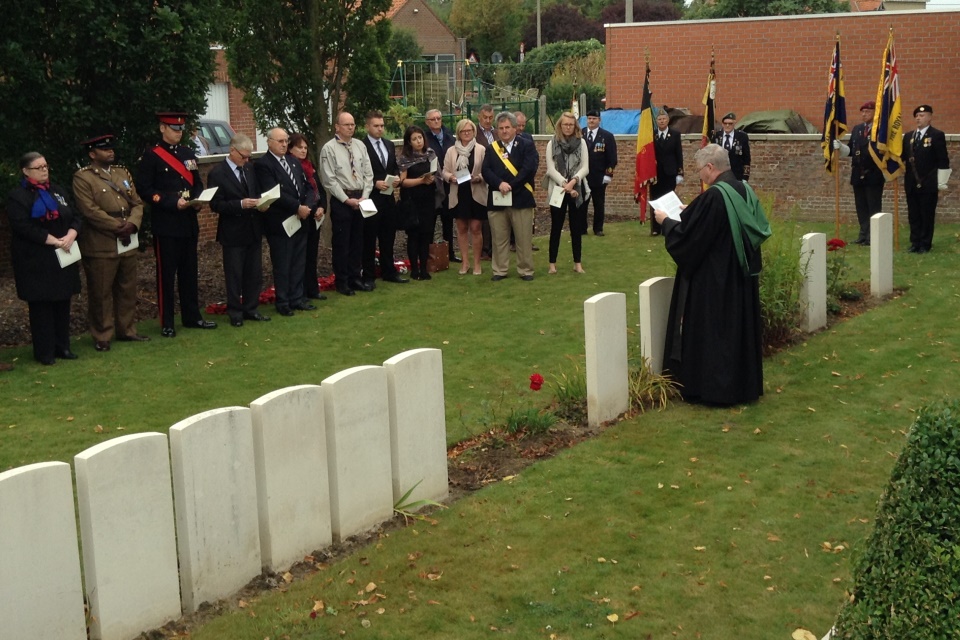 CSM Gale was born on 1 September 1877 in Hammersmith, Middlesex. He enlisted on 28 July 1915 and after spending 3 years and 63 days serving in the Great War, he was killed on 28 September 1918 aged 41, just 6 weeks before it ended. Andrew was married to Olivia and they had five children Lily, David, Frederick, William and Beatrice.

Amongst the family members in attendance was CSM Gale’s great grandson Gary Boxall. Representatives from the current Princess of Wales’s Royal Regiment (the successor to CSM Gale’s), the British Embassy in The Netherlands, the local Mayor and CWGC members were all present. 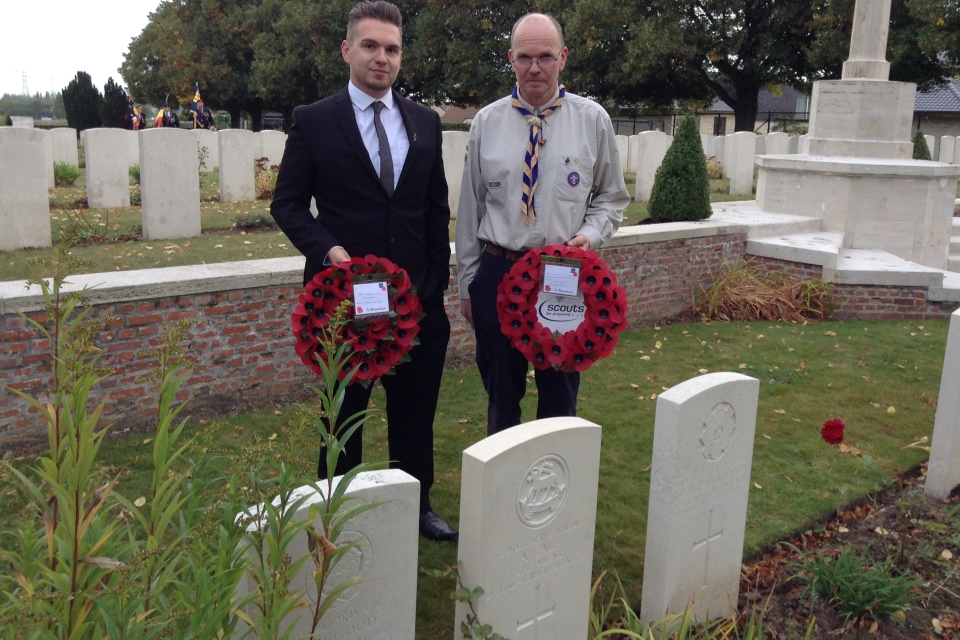 
We attended the Rededication Service today at Belgian Battery Corner Cemetery in Ypres for Andrew and we were filled with pride that finally he has been identified and has a named headstone. The service was very moving and we were very honoured to be present to represent our family. We are very grateful to the JCCC for organising the service and the CWGC for providing the headstone.
​ 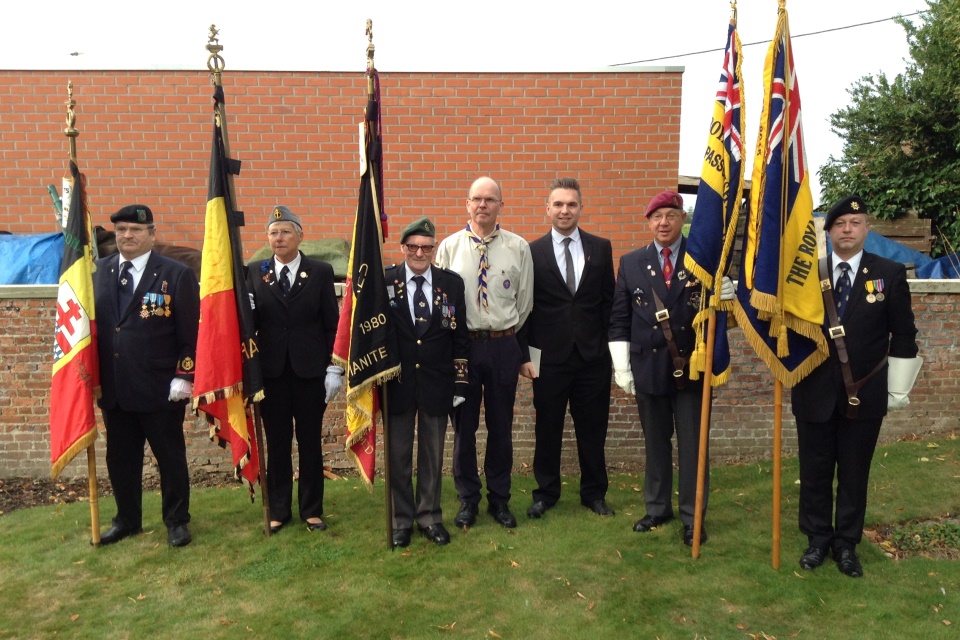 
In recent years families have been able to say a proper “goodbye” to their loved ones who have been killed on military operations, and it is just as important that today, the family of CSM Andrew Gale are able, after nearly a century, to finally know where his remains are buried.
​
Sue Raftree, from the JCCC said:


It is a privilege to be involved in this case to find the family of Andrew and organise the rededication service in Belgium. For 98 years he has been missing and now his family finally have closure.
​
A new headstone bearing CSM Gale’s name has been provided by The CWGC, who will now care for his final resting place in perpetuity.