Ministry of Defence said:
These free-to-air ads, called fillers, have been used successfully in the past, but they needed updating to reflect Army uniform design changes and the date of this year’s event, Saturday 29 June.
Mr Winstone has been the voice of the fillers for 3 years and was happy to come back to re-record his dialogue, while Guardsman Nixon Muga of the Grenadier Guards valiantly volunteered to be filmed changing into and out of his uniform. 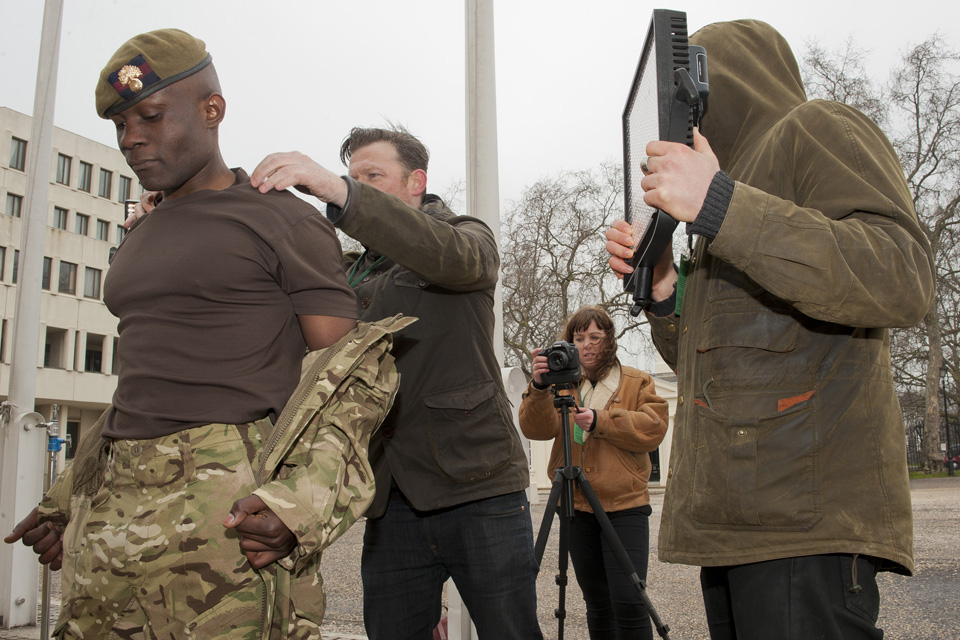 Guardsman Nixon Muga of the Grenadier Guards is filmed changing into and out of his uniform for the new TV filler [Picture: Sergeant Jez Doak, Crown copyright]Mr Winstone, who has starred in films such as ‘Indiana Jones and the Kingdom of the Crystal Skull’ and ‘The Sweeney’, is a big supporter of the Armed Forces. He has visited troops in Afghanistan as well as injured personnel in Birmingham’s Queen Elizabeth Hospital.
Mr Winstone said:

I sometimes ask myself ‘what have I done for my country?’ By visiting troops and supporting Armed Forces Day I feel like I am doing something; that I am a small cog in a very big wheel.
​
The old TV fillers include a sequence with serving personnel putting on their uniforms. But with the green Combat 95 uniform previously worn by soldiers having since been replaced by the Multi Terrain Pattern, which offers better camouflage in different environments, a change was needed.
The fillers ask members of the public to show their support and are starting to appear on TV and radio in the build-up to 29 June, and can also be accessed on the official Armed Forces Day website. Have you seen them yet? 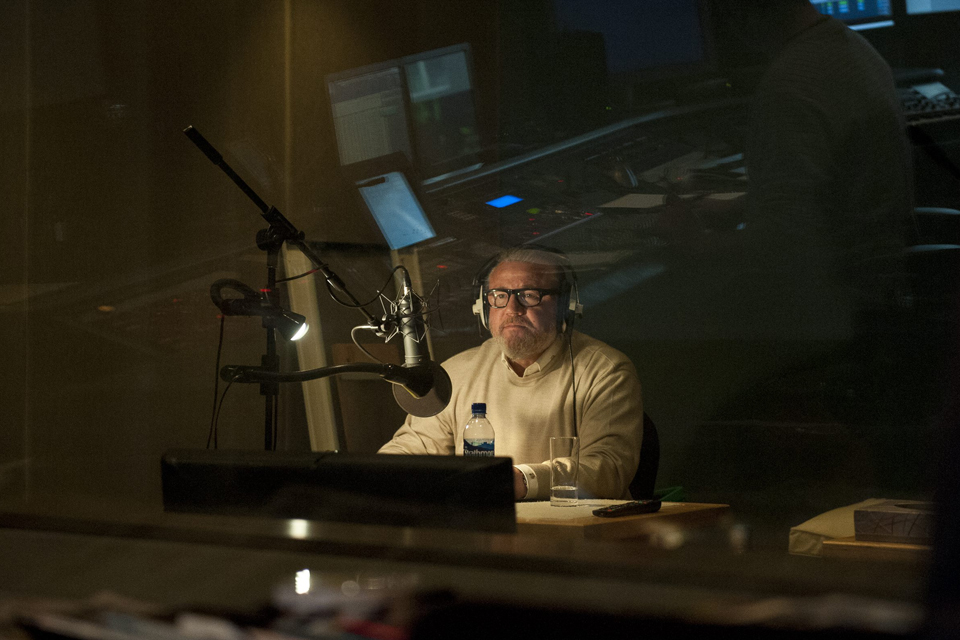 Armed Forces Day is a nice gentle nudge for us all to be thankful for the freedom we now enjoy, which the Armed Forces have protected from time immemorial. I am very proud of them and I think this day is something that the country should share in.
There was a time where we got embarrassed about things like that and that’s wrong. We should be thankful for the people that serve our country in many ways, and in many parts of the world.
It’s not about supporting wars; it’s actually about supporting freedom. I’ve got 3 daughters who are able to get an education and travel the world, and be safer than many other people around the world, because of the sacrifices our Armed Forces have made. I am hugely thankful to them.
​
[h=3]To receive the latest updates on Armed Forces Day make sure you sign up for the e-newsletter, and you’ll be sent a free Armed Forces Day window sticker![/h]