The RAF Typhoon detachment deployed to Amari air base in Estonia at NATO’s request on 1 May this year, operating alongside Norwegian aircraft to secure NATO’s airspace over the Baltic nations of Latvia, Estonia and Lithuania which do not have their own air defence fighters.

On 25 August, at the concluding event in a series of commemorative occasions at Amari 121 Expeditionary Air Wing (EAW) handed over to the German 31st Tactical Air Wing. 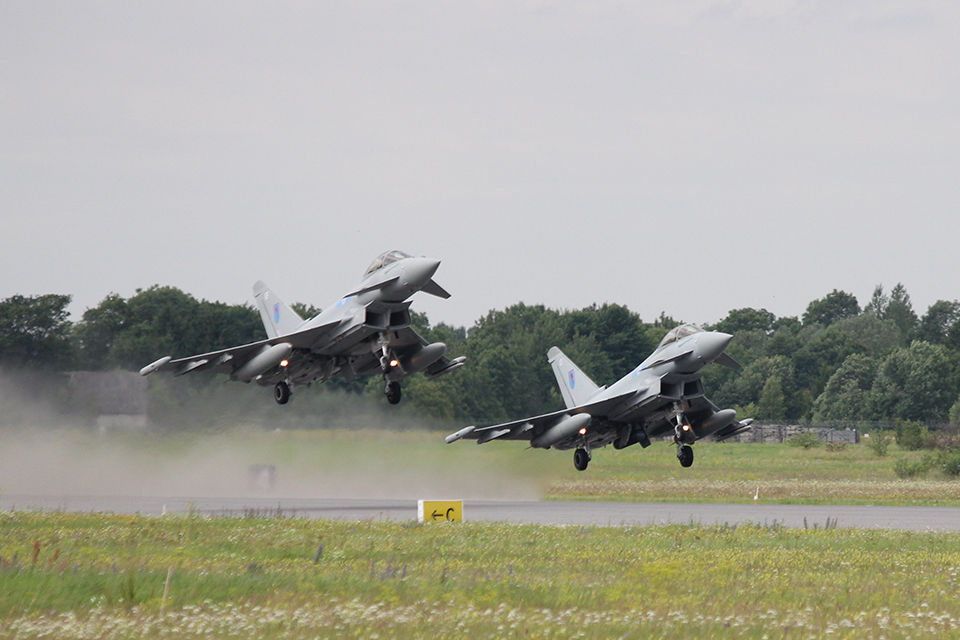 The Typhoons will shortly return to their base in the UK


The presence in Estonia for the last four months of the four Royal Air Force Typhoons and all the personnel of 121 Expeditionary Air Wing has provided firm evidence of the commitment of the UK and our NATO Allies to the security and defence of Estonia.

The UK is grateful for every opportunity to work together with the highly professional armed forces of its close military ally Estonia, and I am very proud that the UK has already committed itself to take part in NATO’s Baltic Air Policing again in 2016.
​
Since arriving in Estonia in May, the Typhoon fighters have been scrambled 17 times and have intercepted more than 40 Russian aircraft ranging from transports to long-range fighters. During one launch in July, the Typhoons intercepted 10 separate Russian aircraft, including 8 fighters. 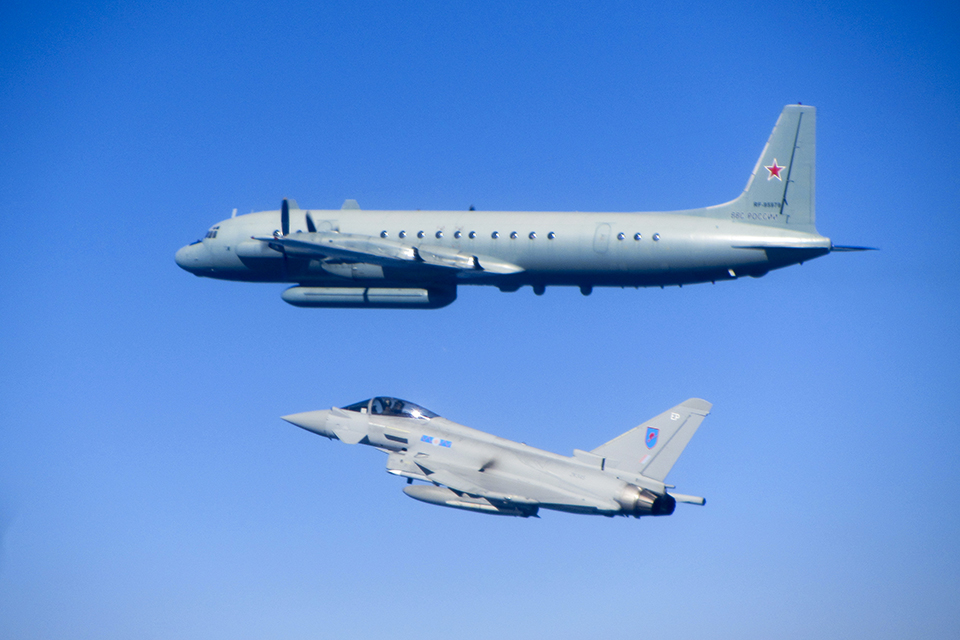 An RAF Typhoon escorting a Russian Coot electronic intelligence gathering aircraft which was intercepted over the Baltic.

When on Quick Reaction Alert (QRA) the pilots and ground engineers have been on 24/7 stand by, ready to deploy at a moment’s notice.


From hearing the alarm we launch as fast as we can. It’s been a challenging but ultimately rewarding operation. From a flying perspective, intercepting aircraft is what we do, just as we continue to do so in the UK.
​
Commenting on the effect the four months of operations has had on his country, Chief of Estonian Air Force, Colonel Jaak Tarien said:


Your presence here in Estonia provides a genuine sense of security and relief to the Estonian people. Thank you for your service to Estonia, the UK and the NATO mission.
​
Commanding Officer of 121 EAW, Wing Commander Stu Smiley said:


121 Expeditionary Air Wing has played a vital part in ensuring that the UK continues to play its part in the NATO mission of securing the Baltic airspace. Everything we do in the RAF is to protect, uphold and defend the UK, its allies and its interests and thanks to the commitment and professionalism of my team, without a doubt we have fulfilled that mission.
​
Continue reading...
You must log in or register to reply here.