The jets, which deployed to the region on 1 May, identified and escorted a Russian reconnaissance aircraft which was flying in international airspace earlier today. The aircraft was monitored and later departed the area.

The interception comes as 175 UK personnel and two other RAF jets have joined Estonia’s largest military exercise, as part of NATO assurances to Baltic states.

During Exercise Steadfast Javelin (Siil in Estonian) this week, 13,000 troops and reserves are defending positions against a simulated attack by land and air. The national exercise has been linked to NATO, and includes participants from the US, Belgium, Germany, Poland, Holland and Latvia.

The UK is the second largest contributing nation, with 120 soldiers from 2nd Battalion, The Yorkshire Regiment, taking part. A further 55 RAF personnel are supporting two Hawk jets, which are providing air support alongside US A-10 “tank buster” aircraft. British soldiers are playing the part of attacking forces, partnered with a similar sized US Army unit and working as part of an Estonian infantry brigade. 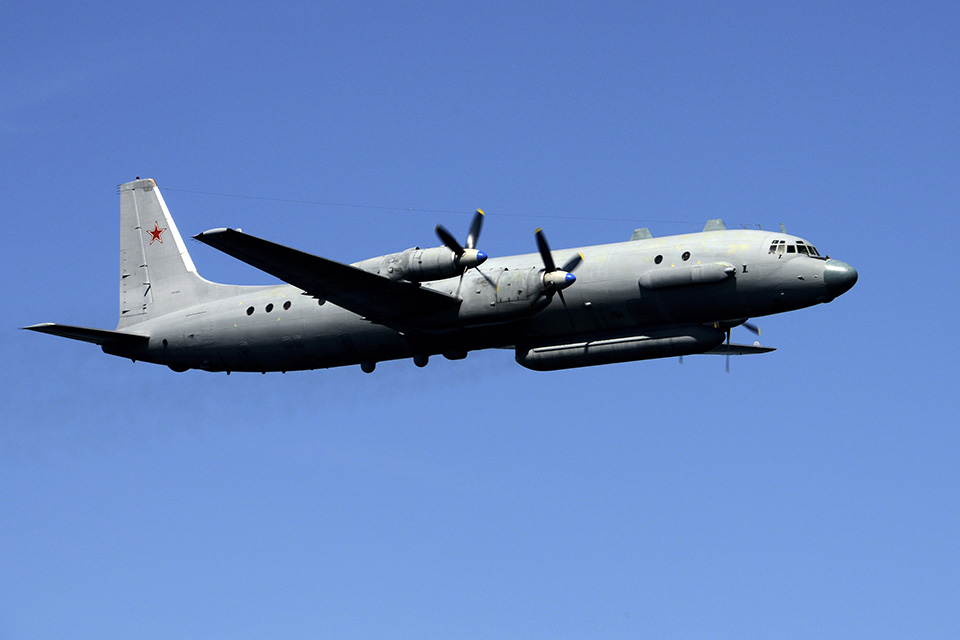 Russian Ilyushin IL-20 Coot aircraft. The Russian military have been monitoring BALTOPS 14 from a distance using their Coot aircraft as eyes-in-the-sky.

The participation of UK personnel in Exercise Siil will help to develop the Estonian military’s capabilities in deploying, supporting, and fighting with a large infantry force, as well as further improving the interoperability of British and NATO units.


Air interceptions like this underline the vital importance of the UK’s contribution to the Baltic Air Policing mission. The UK’s role in the protection of NATO airspace and the involvement of our personnel in the Estonian exercise currently taking place demonstrate our commitment to NATO’s collective defence and the value of our Armed Forces’ expertise in improving the military capabilities of our allies.
​
Four RAF Typhoons recently deployed to Amari airbase in Estonia as part of NATO’s Baltic air policing mission. The Typhoons are operating alongside Norwegian aircraft between May and August 2015, working to secure NATO’s airspace over the Baltic nations of Latvia, Estonia and Lithuania which do not have their own air defence fighters.

The UK’s contributions to NATO Assurance Measures are designed to reassure Allies that the UK takes its collective defence obligations seriously, while improving coordination between NATO nations and partners through education and training, increased exercises, and better use of technology.