The handover of the seventh A400M aircraft from Airbus Defence and Space means the £2.75 billion programme for 22 aircraft has achieved its In-Service Date (ISD), a declaration of the fleet’s capability to undertake extended world-wide tasks.

Four of the aircraft are now operating from Brize Norton while three others are being fitted with UK-specific systems required to operate in hostile environments, ahead of the next operational capability milestone which is due next year.


This significant milestone marks an important achievement for all those who have been involved in the UK’s A400M Atlas programme, from the MOD and the RAF through to our industry partners.


Those flying the aircraft are hugely impressed with its capability, and with a protected Defence budget and our investment of £160 billion in equipment, we look forward to growing the UK A400M Force over the coming months.
​ 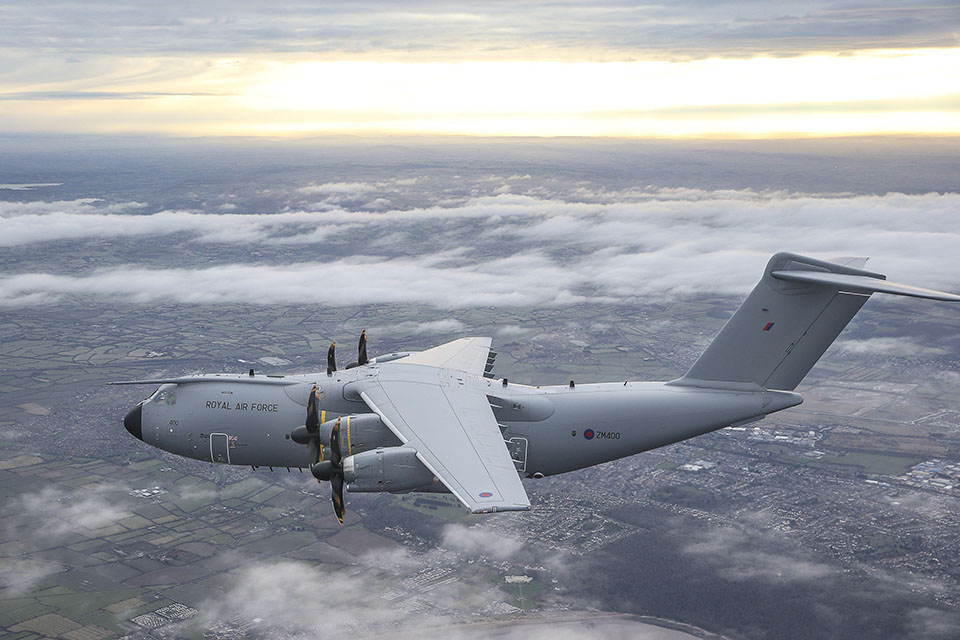 Since taking delivery of its first A400M Atlas in November, named ‘City of Bristol’, the aircraft has undertaken a range of training and operational sorties around the world to test its capability and to build up the first cadre of A400M aircrew.

The aircraft, which will gradually replace the C130 Hercules, is capable of operating either at low or high-level altitudes and to deploy troops and/or equipment between and within theatres of operation, either by parachute or by landing on short, unprepared or semi-prepared strips.


The achievement of the A400M In Service Date is a key milestone for the Royal Air Force and is testament to the outstanding work of the DE&S Project Team working closely with the RAF and industry. The fleet now has the core capabilities required to train the instructors and crews, and to undertake logistics missions.


As the fleet continues to build, more advanced military capabilities will be introduced as planned over the coming months including aerial delivery of stores, parachuting and advanced self-protection capabilities.
​ 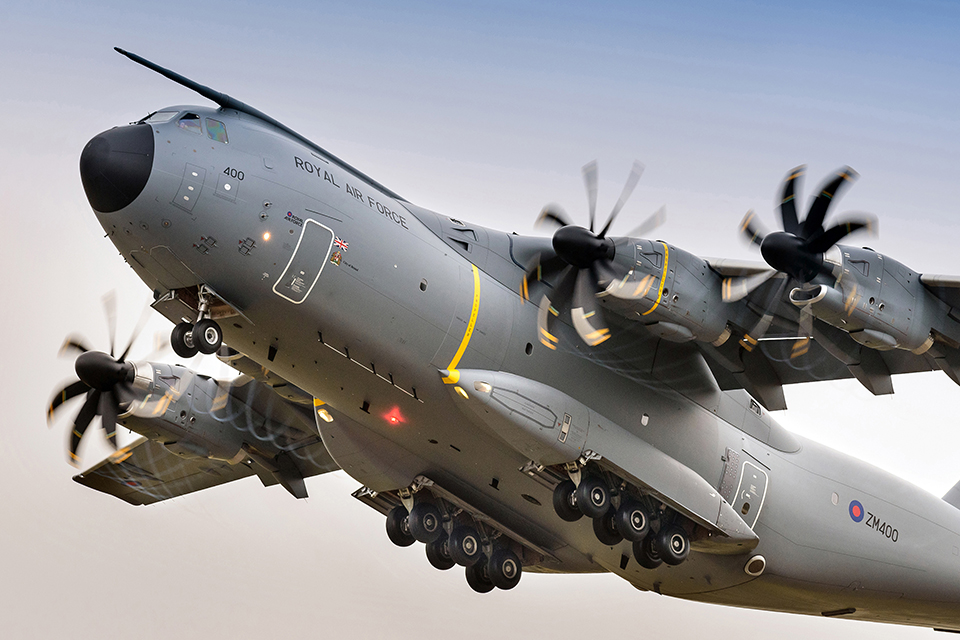