Ministry of Defence said:
The Sentinel deployed today from RAF Waddington to an air base in Africa in support of French military operations in Mali.
No 5 (Army Cooperation) Squadron is manned by both Army and RAF personnel who operate the ASTOR radar surveillance system and fly the Sentinel R1 aircraft.
The Secretary of State for Defence, Philip Hammond, said:

As the Prime Minister has made clear, the UK supports France’s decision to provide military support to the Malian Government. The National Security Council agreed on Tuesday to look at further French requests for additional logistical and surveillance support for this operation over and above our C-17 commitment.
​ 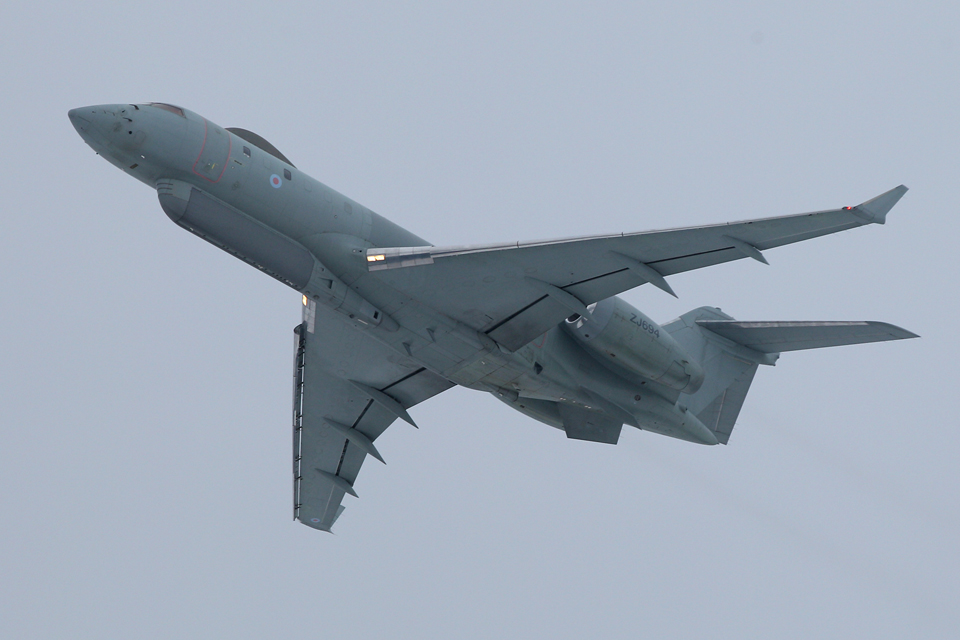 A No 5 (Army Cooperation) Squadron Sentinel aircraft departs from RAF Waddington for Africa [Picture: Sergeant Si Pugsley, Crown Copyright/MOD 2013]
Following discussions with the French, we have now decided to deploy Sentinel, a surveillance capability that has proved its worth in Libya and on an ongoing basis for counter-insurgency operations in Afghanistan.
​
We have also agreed to continue to make available a C-17 heavy-lift transport aircraft which has already provided important logistical support over recent days.
​
Officer Commanding No 5 (Army Cooperation) Squadron, Wing Commander Al Marshall, said:

Sentinel is deploying to provide a unique intelligence capability in support of French operations within Mali. We look forward to working closely with our French allies, building upon the working relationships established during training and previous operations such as Op Ellamy over Libya in 2011.
​

Mission slipping on its trainers and going for a run...
B

Or maybe justification of reversing the decision of the sdsr to scrap sentinel once Herrick is finished ? Libya now Mardli well maybe we need Istar assets
You must log in or register to reply here.