Ministry of Defence said:
The accolade was announced today, 19 April 2013, and highlights the RAF’s commitment to providing gender equality and a strong career pathway for women in its workforce.
The RAF’s Air Member for Personnel and Capability, Air Marshal Sir Andrew Pulford, who is also the RAF’s Diversity Champion, said:

I am delighted the Royal Air Force’s high-level commitment to improving gender diversity has been recognised for the third successive year by The Times.
​
Our work in delivering a recruitment strategy which actively challenges gender stereotyping and encourages improved female representation in engineering and flying specialisations is viewed with admiration by many civilian organisations.
​
Indeed, our recent Platinum Award for Ethnic Diversity also provides further evidence of the efforts across the Service to embed diversity and inclusion into mainstream business. Our equality and diversity policy staff and the RAF College strategy and recruitment delivery teams deserve particular recognition.
​
Collectively, their efforts have made the RAF an employer of choice for women - an achievement of which we should be immensely proud.
​ 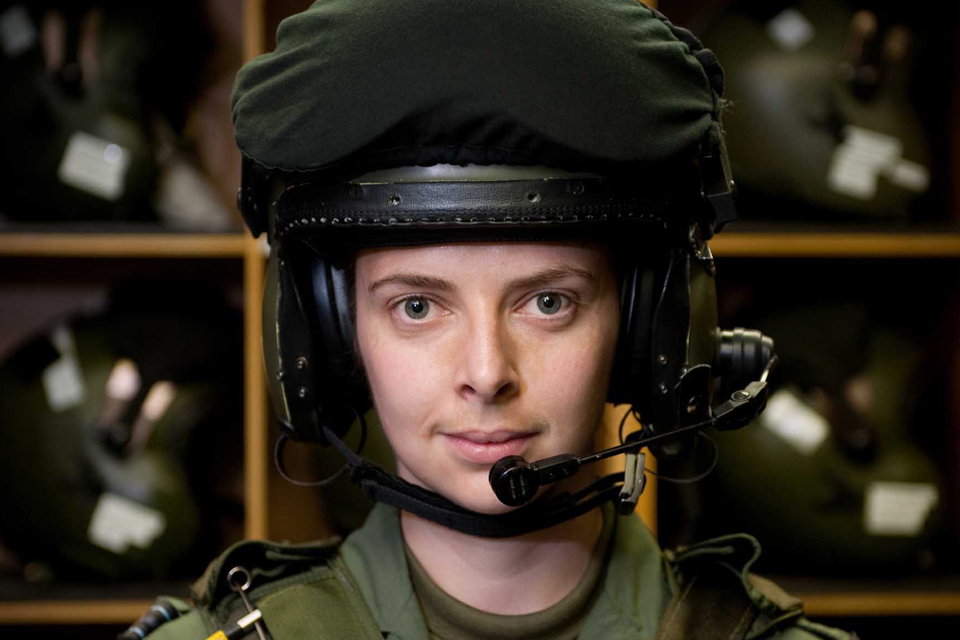 Flight Lieutenant Rebeca Lee prior to a training flight at RAF Cranwell where she was undergoing qualified pilot instructor training (stock image) [Picture: Matt Reid, SERCO Media Services]Inclusion in the top 50 female employers’ list is based on the judgement of a panel of gender experts from the organisation Opportunity Now who assessed companies, including the RAF, against a stringent framework of best practice.
Group Captain Ian Tolfts, Head of RAF Recruiting, summed up the announcement:

The RAF’s gender recruitment strategy and associated outreach work in schools and colleges have provided the drivers for today’s recognition.
​
I am delighted that the RAF’s clear commitment to diversity continues to be recognised by inclusion in The Times Top 50 Employers for Women list.
​
The RAF has worked closely with Opportunity Now since 2005 to promote gender issues, and currently holds a gold rating from the organisation.
The Service continues to monitor its success in diversity by undertaking workplace benchmarking with other organisations.
The RAF is also placed in the Stonewall Workplace Equality Index Top 100 and was recently accorded the rarely given platinum status following benchmarking as part of Business in the Community’s Race for Opportunity programme.

Thought that it was general knowledge that most crabs were women...

She's got eyes in opposite watches, and fuckin rats!!!

Would that be women of both sexes?

Joint_Force_Harrier said:
She's got eyes in opposite watches, and fuckin rats!!!
Click to expand...

WreckerL said:
Looks like someones smacked her on the back of the bone dome with a cricket bat just before the phot was taken
Click to expand...

You need a bigger bat, try the other side of the helmet next time.

News story: Ministry of Defence Police awarded a gold banding in the Business in the...