A team of 30 RAF medics have been deployed to the hospital as part of Operation TRENTON since July 2018, and will now train the Vietnamese unit on how to run a field hospital, before transferring organisation of the hospital over to them and returning to the UK.

The UN field hospital was initially established early in 2017 and has provided medical care to over 1,800 UN military personnel and civilian staff. 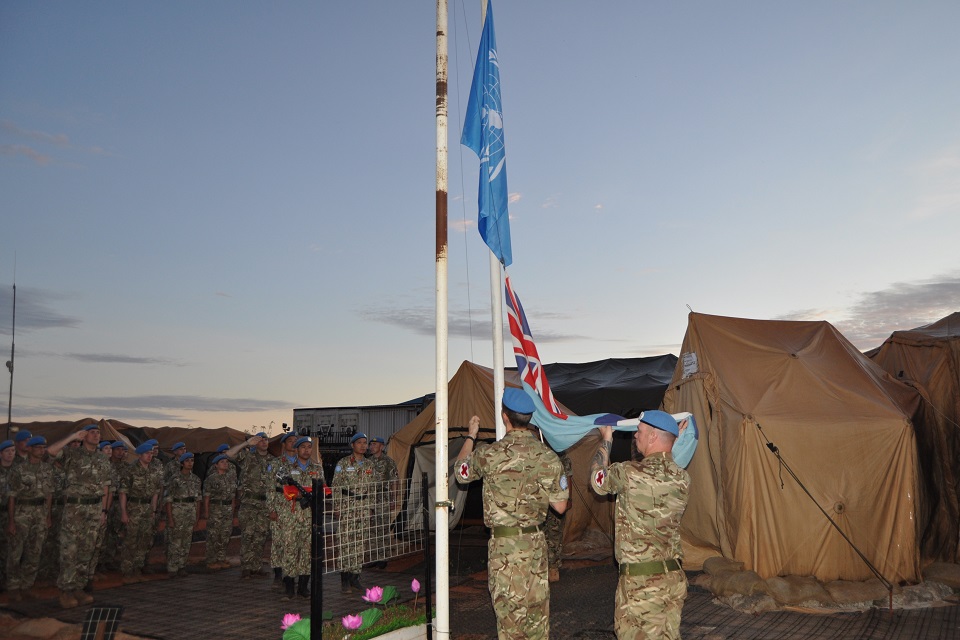 British personnel take down a flag as they hand over the hospital to their Vietnamese partners. Crown copyright.


It’s a poignant part of the UN Peacekeeping mission for the UK to handover responsibility of the Role 2 Hospital to the Vietnamese. For us, it has been a momentous occasion and a privilege to have been a part of the first RAF hospital deployment in 27 years.
​
The UK Engineer Task Force began building a bespoke Level 2 hospital earlier in 2018, of which the Vietnamese Hospital Unit will move into from their temporary tented hospital soon. 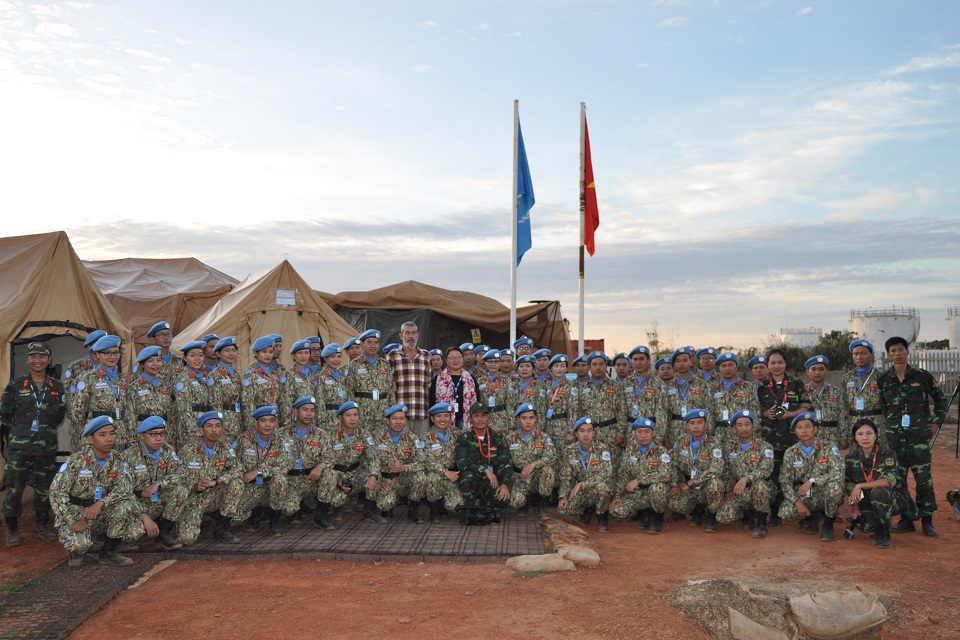 The Vietnamese troops who are taking over the running of the field hospital from the UK.